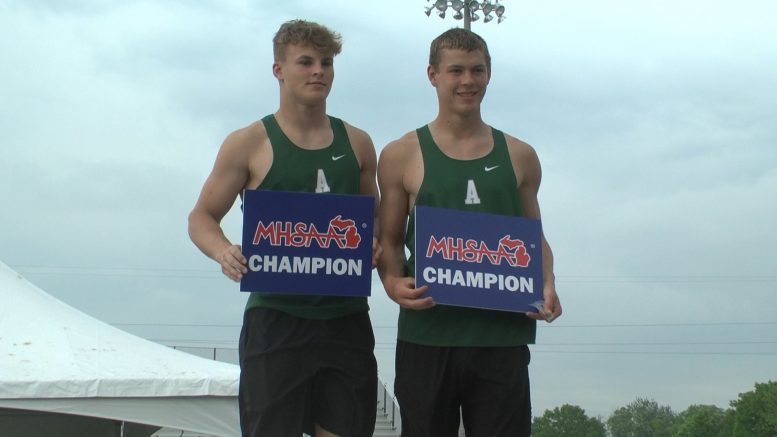 Kentwood, Michigan — The Alpena Wildcats traveled to East Kentwood H.S. for the Michigan Division 1 State Track and Field Meet. The green and white qualified nine boys and three girls, the most athletes Alpena has taken in a long time. Juniors Gabe Bullis and Eli Winter took home state titles to Northeast Michigan for the first time in Alpena school history as far back as is recorded. 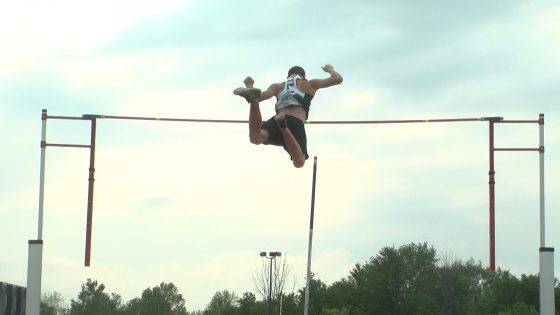 After two weather delays, seven hours after 9:30 a.m., Bullis made his first pole vault attempt at 14’06”. The junior skipped the next height, but would clear 15′. Three vaulters had a chance at 15’03”, Bullis and Dexter competitors Henry Sheldon and Oliver Bishop. The Dexter boys failed on all three attempts, but Bullis made it on his first try taking home the state championship. The junior’s personal best is 15’09”, and he’ll have a chance to beat that at Nationals, which is two weeks away in North Carolina at Aggie Stadium.

Winter powered through the weather and threw an impressive 172’08” in the first round of discus. That put the junior as the number one seed entering the final round of three throws. He improved that throw with a distance of 175’11”, a one inch personal record. Entering his last attempt Winter knew he was the champion, so he let it rip for fun throwing his meet goal of 180’01”. His hard work in the gym during the off-season and throwing practices during the winter paid off, landing him a spot at the top of the podium.

Michigan State commit, Aden Smith led the 3200 meter pack for a majority of the race. The senior ran his pace taking an early lead, but Ann Arbor Pioner’s Nick Foster pulled away on the last lap winning back-to-back state titles with a time of 9:08.55. Smith ran a personal best 9:11.29. Smith also qualified for Nationals. 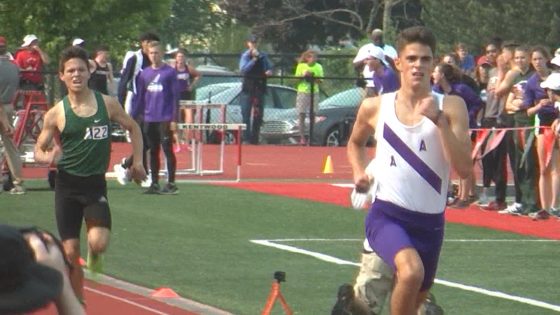 The Alpena boys team finished third overall with a team total of 31 points behind Ann Arbor Pioneer with 43 points and team champion East Kentwood with 63.5 points. 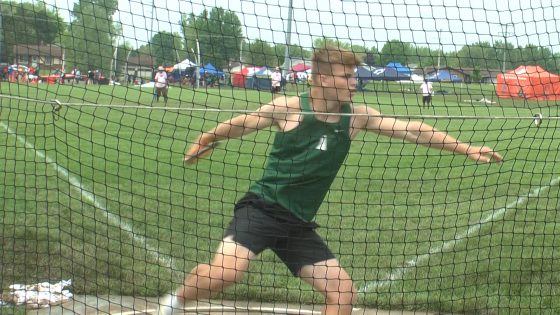 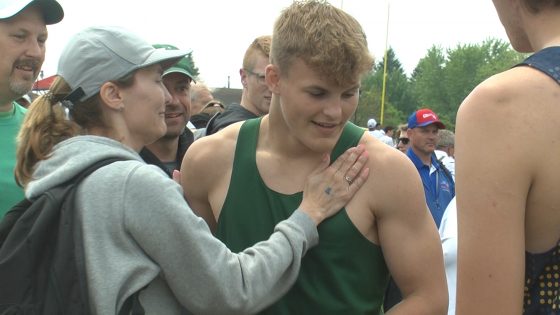 Eli Winter’s mom hugging him after winning the state title as a junior.

Alpena goes (4-0) after taking down Cheboygan