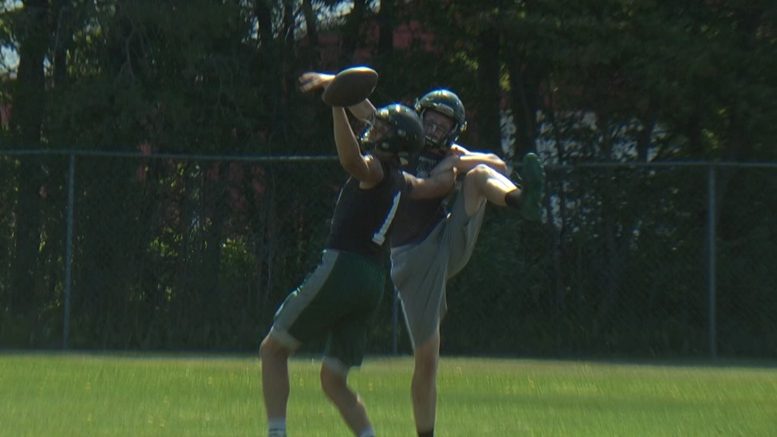 ALPENA, Mich. — Football is just around the corner, and the Alpena Wildcats are working hard to improve from last year’s (3-6) record. Their training begins under new head coach and former Defensive Coordinator Eric Mitchell.

At minicamp that stared on Monday, July 29, Mitchell is making sure that the boys understand the techniques and fundamentals before they start scheming up plays. The camp focused on position drills and gave Mitchell a chance to check out the team’s talent.

“A lot of times we get to this point in the year where we know what we’re doing, but just like the first day of school you kind of need to go through everything,” said Mitchell. “This week has been a good like let’s get the dust off and make sure we remember how everything is worded and getting ready to go.”

This marks Mitchell’s fourth year with the varsity squad, so seniors like Kelley Stark can jump right into the system and work on getting better and stronger.

“Everything is improving,” said Stark. “Kids are improving everyday,and coach is trying to influence everyone to be better and be the best for themselves. I’m trying to do my best to teach everyone my position over my three years, so everything is working out.”

The Wildcats will be missing a few key guys like Central Michigan Chippewa Logan Guthrie who holds Alpena’s school record for career rushing yards, but the green and white have guys that are ready to step up for the run heavy scheme. 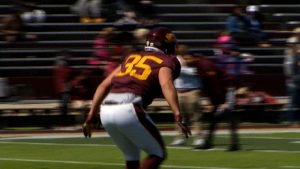 “We still have Jordan (Schultz) and we still have Eli (Winter),” said Mitchell. “Losing Logan, he’s a one of a kind talent. There’s no doubt about that, but we have guys that have been working hard for years that maybe didn’t get a shot as much in the last couple of years. They will this year.”

The Wildcats will work on conditioning next week, August 5-8, before official football practice begins on Monday, August 12.