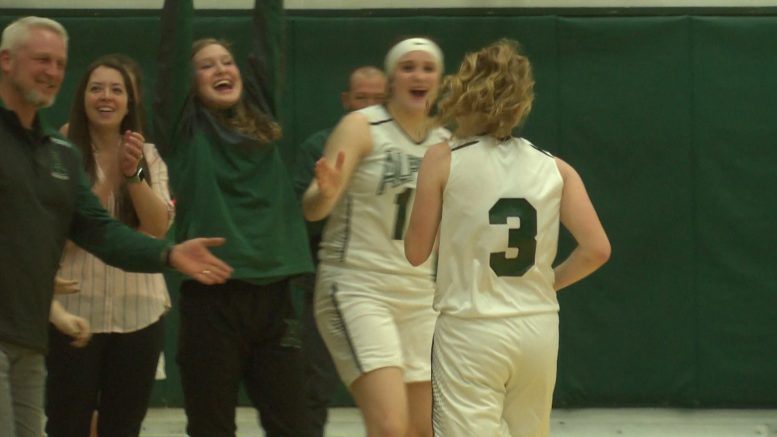 Alpena, Mich. — The Alpena Wildcats hosted the Petoskey Northmen for senior night. This game marked one of Alpena’s last three matches of the regular season before Districts. The Wildcats defeated Petoskey earlier this season the road. Head Coach Erin Andrews started all five Wildcat seniors for the first three minutes of the first quarter. The seniors jumped out to an early 7-5 lead before going up 12-7 after one.

The momentum changer of the game happened with less than two seconds in the half. Alpena senior guard Mollie Girard fired from behind the arc and scored the 3-pointer for the buzzer-beater halftime 18-12 lead.

Alpena Junior Macy Dickinson added another buzzer-beater 3-pointer to end the third quarter helping the Wildcats crusied to a 41-25 victory over the Northmen. Alpena improved to (10-8) overall and (4-4) in the Big North Conference sitting in third.

“We did better on our transition plays,” said Girard. “This game we worked on just passing it up the floor.”

Up next, Alpena hosts Gaylord on Thursday at 7 p.m. Then on Friday the Wildcats take on Traverse City Central in Alpena at 5 p.m. for the last regular season game of the year. The green and white host Marquette for round one of Districts on Monday, March 4th at 6 p.m. 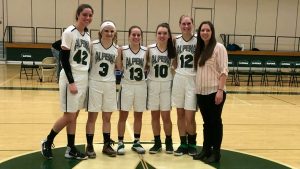 Alpena upgrades to turf field for the 2019 season

Veteran led Wildcats on the hunt for a deep playoff push