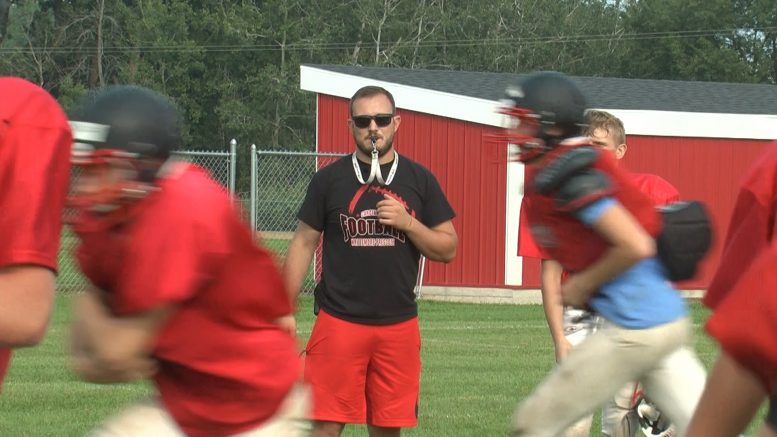 Whittemore-Prescott — The Cardinals have a lot of weight on their shoulders, plus they are led by a first year head coach. Former Alpena Wildcat and son of Alpena Sports Hall of Famer, Tommy Atkinson is at the helm in Whittemore-Prescott. For 25 years, the red and black have not had a losing football season since 1992. Seven seniors are coming back for the 2018 season ready to follow Atkinson’s lead.

“Everybody’s excited, wanting to play,” said Senior Quarterback Tanner Harrison. “Coach is really bringing us along and bringing us as a group more.”

Despite their success, lasting long in playoffs has not been accomplished. The Cardinals have not won a playoff game since 2014.

“I got to do everything to get there,” said Senior Halfback Ridge Schutte. “I’ve never won a playoff game since freshman year, so I always wanted to win one at least.”

Schutte is looking for another strong season at halfback. in 2017 he rushed over 1,000 yards. The line has to make a strong wall for this years team.

“We’re going to try to control the ball,” said Atkinson. “Control the clock and have long sustained drives.”

Whittemore-Prescott will travel to Rogers City on Friday, August 24th at 7 p.m. for WBKB’s 5th Down Game of the Week.

The 5th Down week six highlights