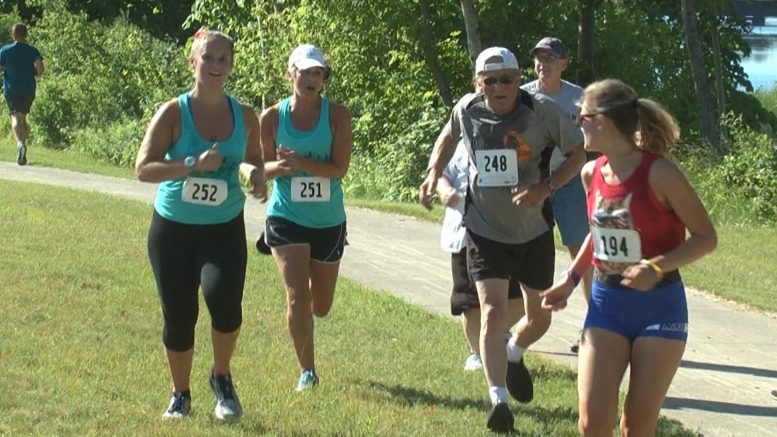 ALPENA, Mich. — The Dork Brothers kicked off the Alpena Independence Day festivities with their annual 5K and one-mile fun run starting at the APlex. Not every race is a competition, and that’s because sometimes it’s great to run with family.

“This is my third one,” said Julian Shafto. “I just run until I win.”

Some racers chased the clock, while others jogged to have a good time. Cousins Grace and Aniston Mitchell planned their day around the race. They even ran a couple miles the day before to practice for the race.

“She came for the Fourth of July, so I asked her if she wanted to do it with me,” said Grace. “I’m training for cross country, so I wanted to see where I was right now.”

Athletes started the run at the Aplex, raced along the bike path and made their way back. Alpena Wildcat Drew Seabase finished first overall in 16:56. Wildcat graduate and Central Michigan runner Maddy Boyd made sure to run with many members of her family, including her 73-year-old grandpa, Dave Blumenthal.

“I’ve ran on and off since about 1986, so it’s been a while,” said Blumenthal. “We had a lot of family members out here and I felt that I had to be part of the group. This is the way you want to start the day, then you can sit on the couch.”

Three generations of their family competed in the race. It is always great spending time with family, but it’s even better when they can stay fit together. 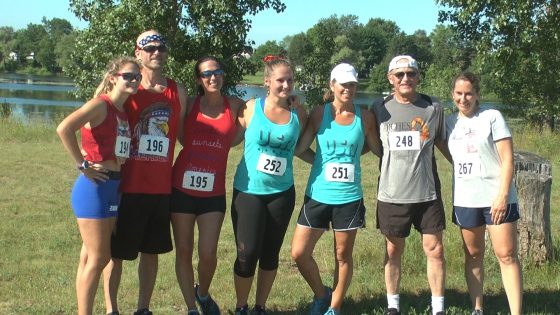