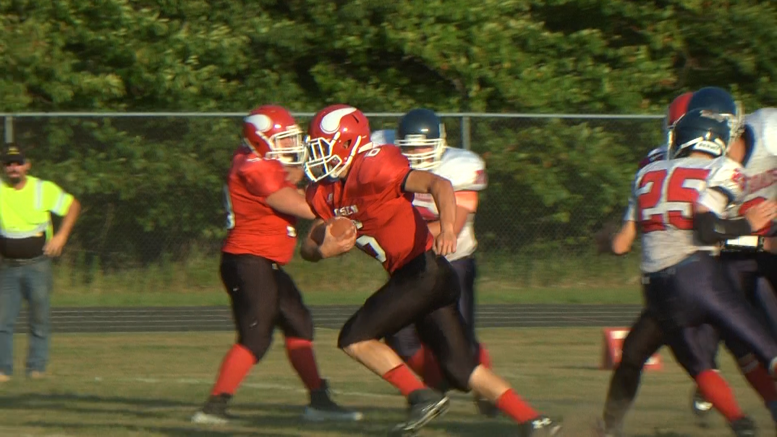 POSEN — The Vikings hosted the Big Rapids Crossroads Academy for week one of football and Posen took over on offense and defense.

The big catch of the game came in the first quarter when George Kroll found senior Sam Brunett for the 74 yard touchdown.

The Vikings’ defense held the Cougars scoreless. Sophomore Gage Kaszubowski had a big hit in the second quarter that made the crowd roar. Posen topped Big Rapids 69-0.