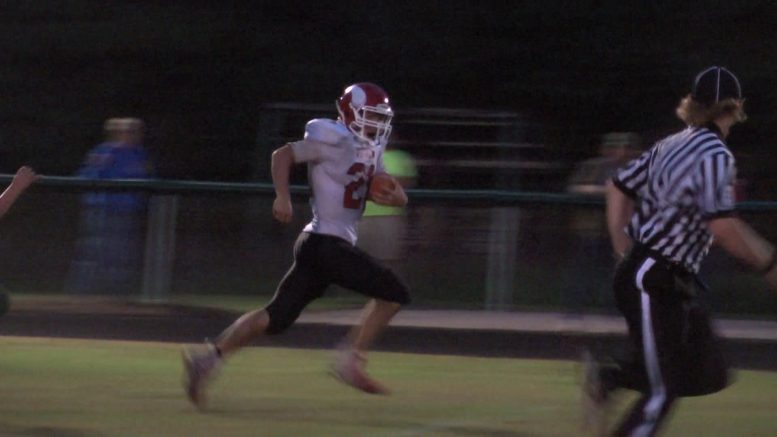 Atlanta — The undefeated Posen Vikings took down the Atlanta Huskies in a fourth quarter thriller, but it was a back and forth battle through the third.

“Good teams come back at halftime,” said Posen Head Coach Greg Pietsch. “We were down two at halftime. Challenging our kids to play tough football and they executed.”

Huskies fought back in the fourth handing off to Ethan Byrne, and he turned on the jets for 30-yards to the end-zone, tying this one up at 26. Posen would go up 42-26 after two rushing touchdowns totaling 95-yards scored by Brunet. The senior had 22 carries for 229 yards.

“First half we weren’t doing to well,” said Brunet. “Everyone got together fired up and we took the dub in the second half.”

Fairview Escapes With One Point Win Over Posen