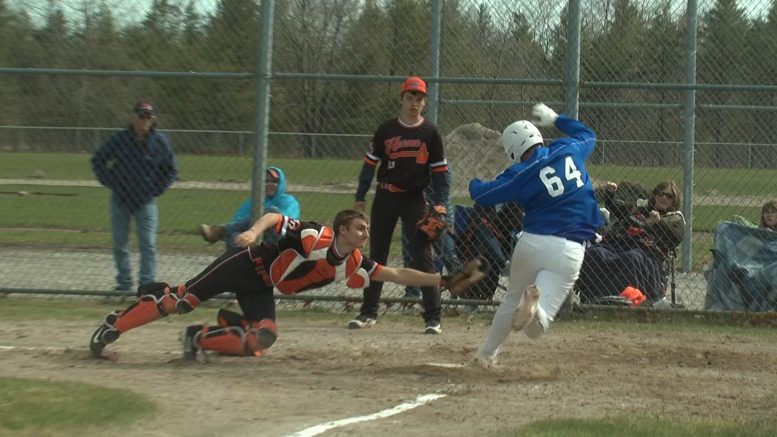 Oscoda, Mich. — A rain delay pushed back the matchup to Friday between the Oscoda Owls baseball team and Rogers City. in game one of the double-header, the Hurons scored on an early Oscoda defensive error. Then the Owls offense stepped up. The entire team contributed at bat, including Tyler Amrich, Owen Franklin, Caleb Nagel, Nathan Moeller, Gabe Kellstrom and Jacob Post. The blue and white would win game one 8-1. Junior Gabe Kellstrom threw six strikeouts, two walks and zero earned runs for Oscoda. Brayden Mallak entered the game as the reliever.

Game two was a new ballgame. The Owls had trouble getting on the board against Rogers City’s defensive effort. The Huron’s Kaleb Budnick would hit a nice RBI later in the game to help give the Hurons a 5-2 lead. The Owls answered with an RBI, but Rogers City hung on for the 5-3 victory.

The birds put on a show on their home court