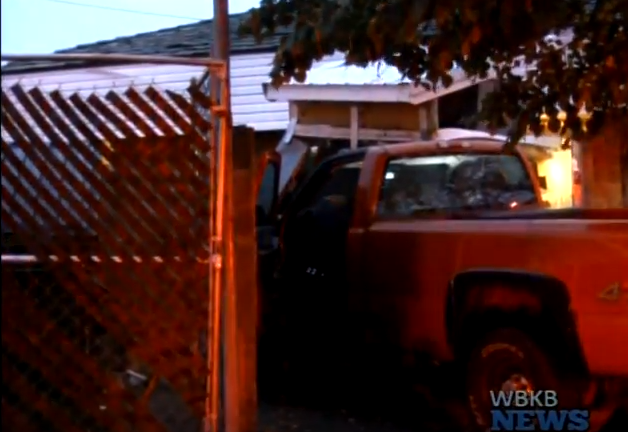 An update to the crash that happened at the Big Boy restaurant in Alpena last night.

The Alpena Police Department say the driver of the truck, a 64 year old Alpena man, died at the hospital, due to the medical emergency he underwent prior to the crash.

Big Boy restaurant in Alpena was evacuated last night, after a truck crashed into an outdoor freezer at the back of the restaurant.

The crash caused a small pile of leaves to smolder, which developed an uprising of smoke.

The driver of the vehicle was found unresponsive and a registered nurse on scene began CPR with assistance from a DNR conservation officer who arrived on scene shortly after.

Troopers from the Michigan State Police and firefighter/paramedics from the Alpena Fire Department arrived on scene and continued to perform defibrillation and CPR on the driver.

The driver was then transported to MidMichigan Medical Center Alpena where he was pronounced dead.

Police say drugs and alcohol were not a factor and a medical emergency caused the man to lose control of his vehicle.

The name of the driver has not been released, but we spoke with workers at the restaurant who say he was a regular there and did have medical issues.

The restaurant was damaged but remains open.

Photo of the Day for Tuesday, May 28