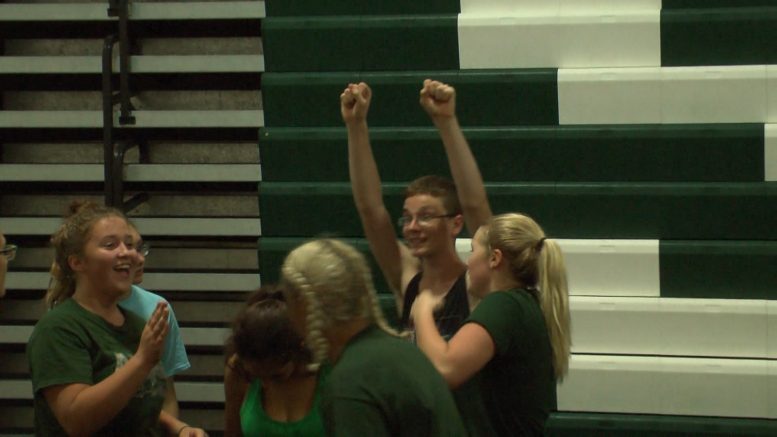 Daltun Duntley excited about working on stunts with Alpena cheer.

Alpena — For the first time since 2006 the Wildcat cheerleaders added a male to their squad. Dulton Duntley is training with the JV team following in his sister’s footsteps.

“Feels like I got to know everyone unlike back in football,” said Duntley. “I didn’t social well in there, but now in cheer I can actually be myself.”

Duntley is a great addition to the squad because he adds that extra strength as a back spotter for the harder lifts, but the sport impacts him more on a social level.

“In cheerleading as a person for Dulton you see him interact a lot better,” said Angel Howard. “He’s not always in a corner anymore. Even when he gets to put poms in his hands.”

“I feel really happy,” said Duntley. “It feels really good to cheer on the wildcats, and yeah…”

The future looks bright for Dulton.