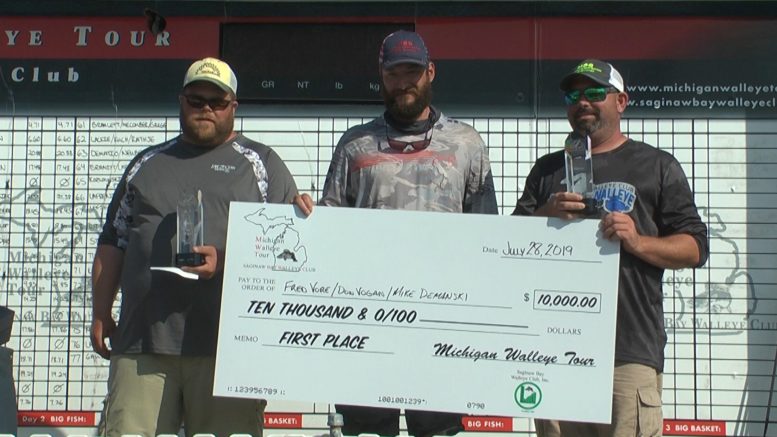 ALPENA, Mich. — The Michigan Walleye Tour rolled into Alpena for it’s fourth and final tournament of the season. This marked the Michigan Brown Trout Tournament’s 12th Annual Biggby Coffee, Panel Processing, Gator Bait Tackle, Ramada Inn, CW’s Restaurant Walleye Extravaganza. 77 boats of three anglers competed in the tournament for the top prize of $10,000, and those that competed in all four of the Walleye Tour’s stops fished for the tour title and $3,000.

“We tried a lot of different things. Water is real clear, so it’s tough fishing,” said angler Mike Demanski. “The boats scared the fish a lot. It was just awesome. There are a lot of fish up here, and it’s a beautiful fishery.”

“That’s what everybody fishes for here. That’s a big,” said Dubs. “I mean first prize is great, but for everybody that signs up to fish all tournaments, I mean that’s the number one prize right there.” 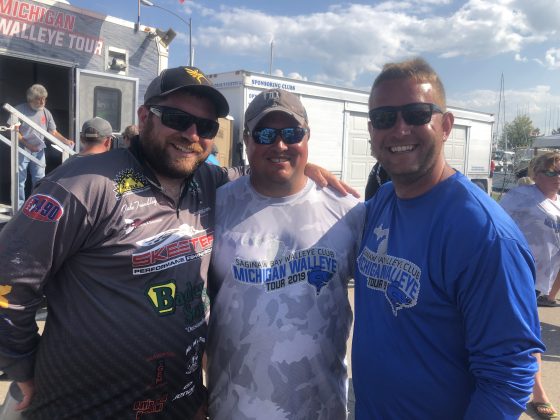 The total numbers for this tournament were only two boats shy from 2018’s 79 total. A great showing for another great year at the 45th Michigan Brown Trout Tournament.