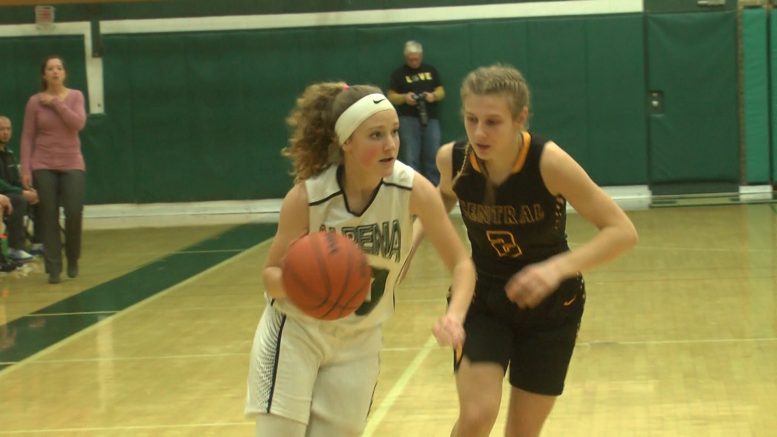 Alpena, Mich. — The Alpena Wildcats took over from the start in their last regular season game against the Traverse City Central Trojans by jumping out to a 9-1 lead thanks to Maddie Voltz and Jade Schultz down low in the paint. It was entire team effort. The Alpena guards scored from outside and fed the bigs inside, which led to a Wildcat 55-44 win.

Up next, Alpena hosts Marquette on Monday, March 4th at 6 p.m. for round one of Districts.