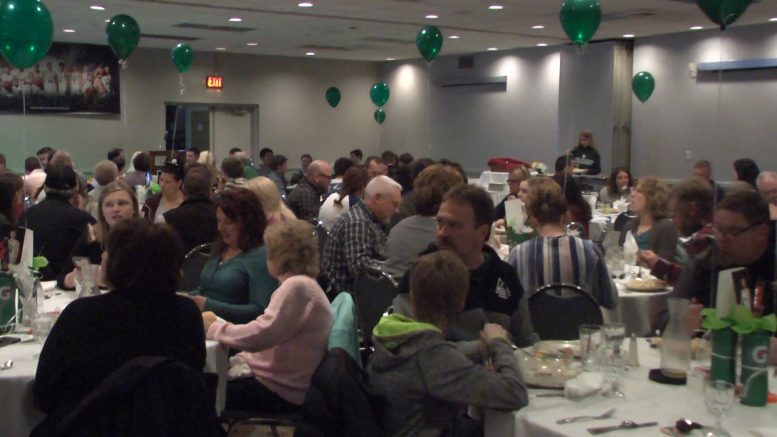 Alpena, Mich — The Alpena boys basketball team held their post season banquet Monday night at the Ramada Inn. The night gave coaches and players a chance to reflect and appreciate their season.

Alpena head coach John Pintar said he thought that this team could be special and that it was among his favorites. The Wildcats saw a great improvement over their 9-11 overall record from 2017-18 by finishing the season 16-5.

The team is graduating eight seniors and will have four returning varsity players for the 2019-20 season.

Hillman Tigers Avoid The Upset At The Buzzer To Stay Undefeated

It’s do or die for the Wildcats as they host St. Johns on Game of the Week