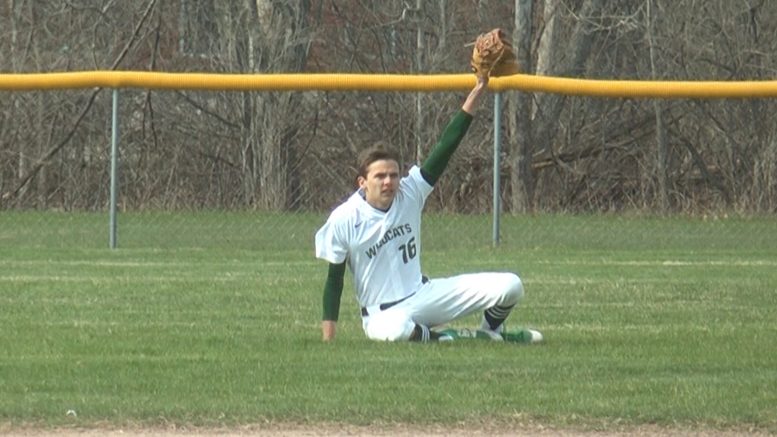 Alpena's Alex Cosbitt dives for an out against Sault Ste. Marie.

Alpena, Mich. — The Alpena Wildcats hosted Sault Ste. Marie for a home opener double-header. The green and white got the sweep 6-0 and 12-4. In game one, three pitchers combined to throw a shutout. Clay Donajkowski struck out the last batter to finish off the game in the seventh.

The fourth inning was huge for Alpena. The Wildcats scored five runs thanks to Owen Limback, Keegan Spomer, Alex Cosbitt, Anthony Berg and Aidan Goike’s RBIs. Spomer went 3-for-3 at the plate to lead the Wildcats in hits.

On defense, Jordan Schultz was the winning pitcher for Alpena. He lasted two and a third innings, allowing two hits and zero runs while striking out four and walking one. Goike and Donajkowski entered the game out of the bullpen and helped to close out the game in relief. Cosbitt made some huge catches in right field.

Up next, Alpena travels to Boyne City for a tournament on Saturday.

Alpena hockey wins regional title for the first time since 2007

Alpena upgrades to turf field for the 2019 season