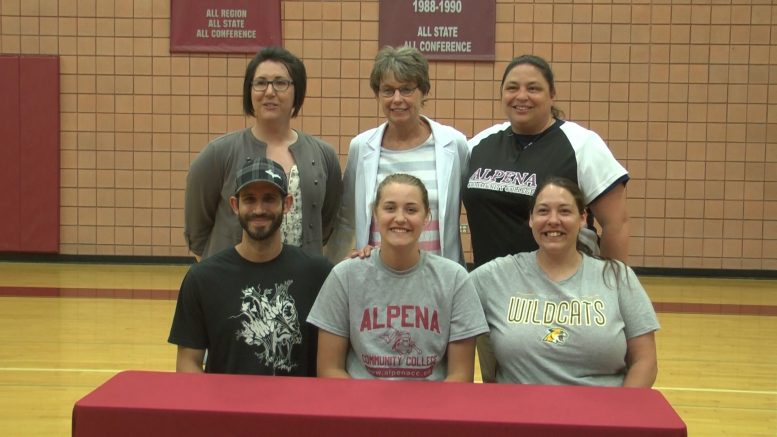 Alexis Trombley signs to play softball and volleyball with ACC.

Trombley has received numerous honors and recognition in both volleyball and softball, including 1st Team All-District on the volleyball court and All-Region as a utility player on the diamond. The incoming freshman believes she can balance playing two sports as well focusing on her academics.

“I know it’s going to be a lot of work, but I’m just really willing to put in the work,” Trombley said.

Trombley plans on majoring in accounting.

Coaching runs in the family at Oscoda