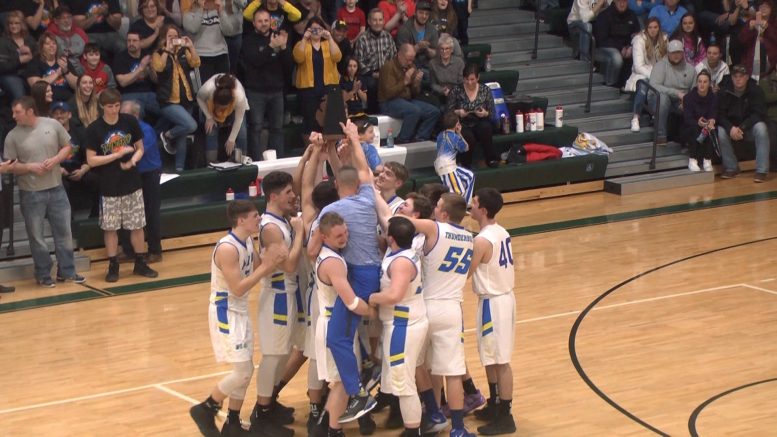 The Mio Thunderbolts claimed the district 110 title following their strong second half play,

Atlanta, Mich — Mio and Hale met in Atlanta for the District 110 final on Friday. The two teams had met twice in the season, with each coming away with a victory.

The district final saw Hale on top 16-14 through the first quarter. The would build up a 25-20 lead through halftime.

Mio came to life in the second half of the game with Drew Hess leading the way with 25 on the night. They would grab a one point lead after three to take a 34-33 lead.

The Bolts extended their lead all the way to 6 before Trent Kangas hit a three pointer with 1:10 to go in the game to bring Hale back within one. The Eagles still they trailed 49-46.

A foul allowed Mio to make two free throws with 4.6 seconds to go in the game and take a 51-46 lead. Hale junior Joseph Kimmer hit a three pointer as time expired as Hale’s last second heroics came up short. Mio claims the District 110 title with their 51-49 win over the Eagles.

The Thunderbolts will move on to regionals and face Fulton in the first round on March 5th. The game is being held in Kingston at 6:00pm.