A storm system affecting much of the eastern U.S. will brush by Northeast Michigan Tuesday. Snow has been hammering areas from Ohio to Tennessee today, even metro Detroit has picked up some snow, and severe thunderstorms happened in the mid-Atlantic states.

As the main storm system slowly moves toward the northeast, a band of snow will back onto the Lake Huron shoreline Tuesday morning and periods of snow will continue into the afternoon. Snowfall amounts will be greatest for the areas shaded in yellow — eastern Presque Isle County, eastern Alpena County and eastern Alcona county. 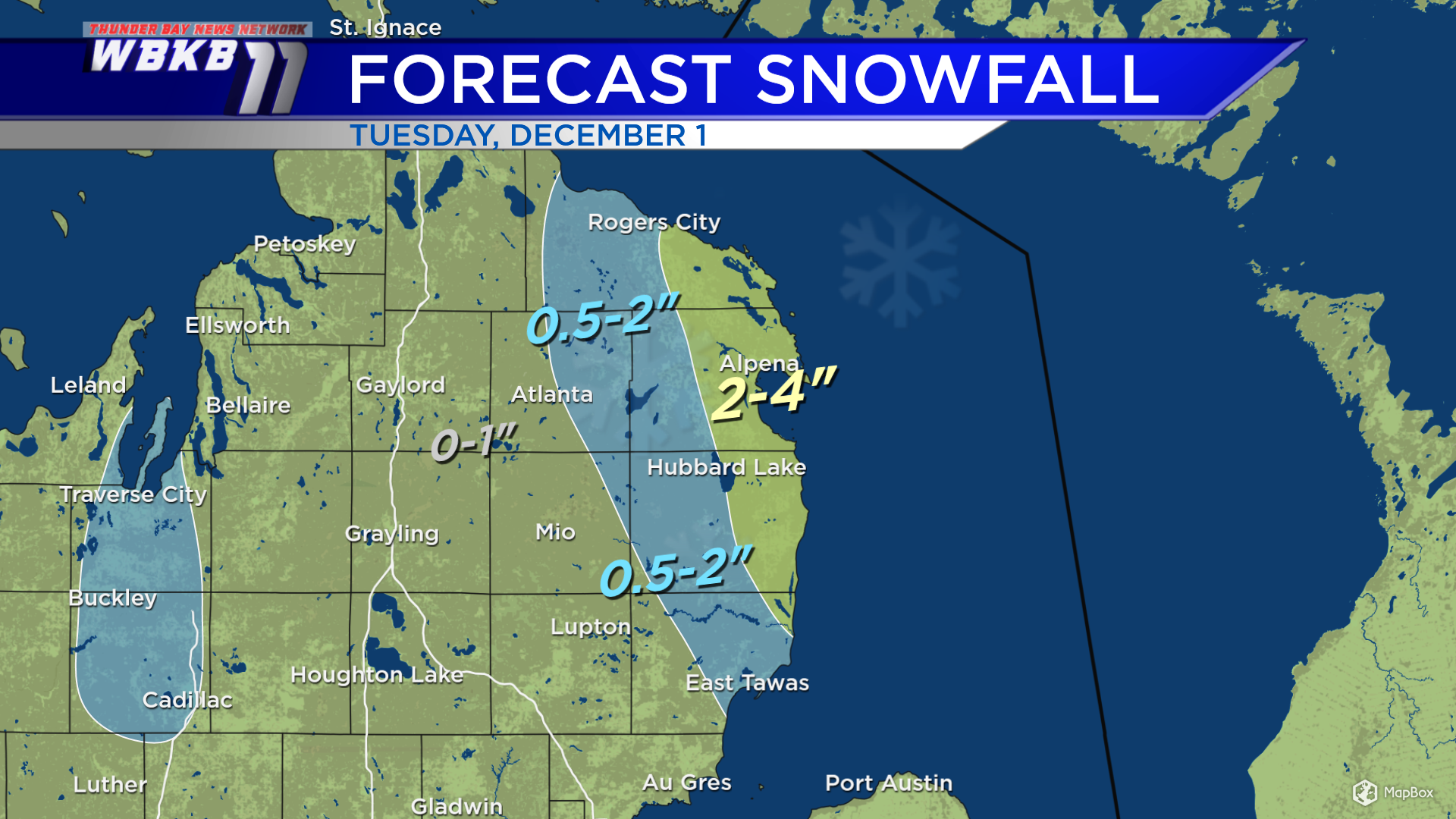 Winds will remain blustery through Tuesday. Strong winds from the NNW will be sustained at 15-25 mph and higher gusts will be possible. Wednesday will start breezy with winds at 15-20 mph. By Wednesday night, winds should relax, becoming 5-10 mph. 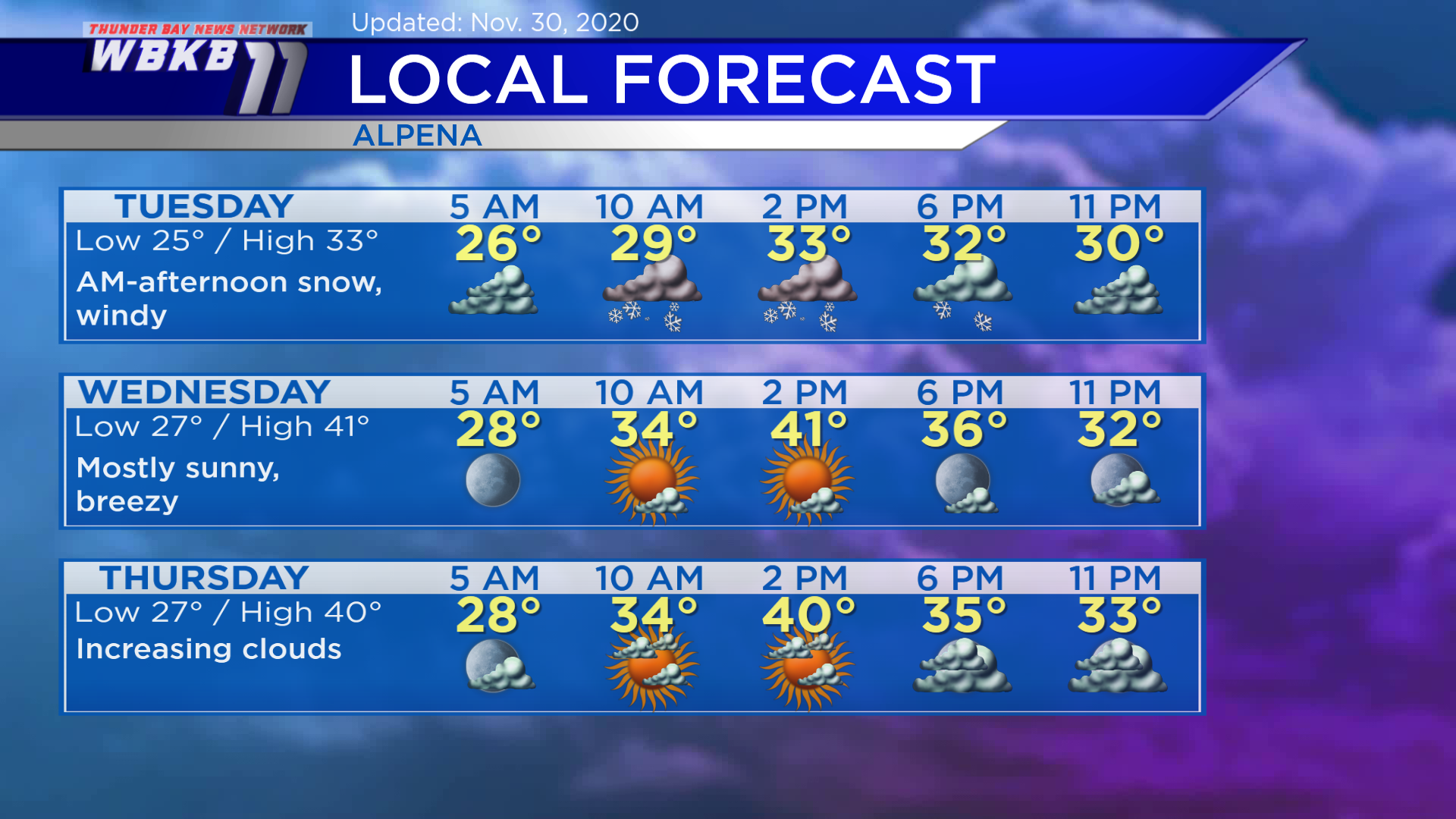