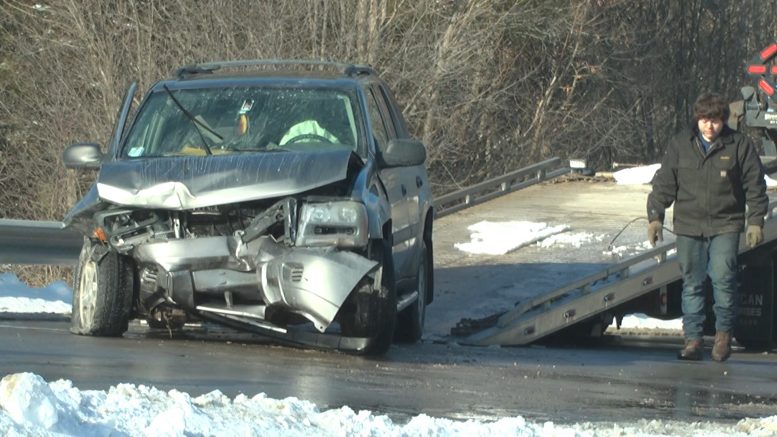 ALPENA, Mich. — Michigan State Police have confirmed one passenger has died as a result of the three car crash on Genschaw Rd.

Eighty-eight–year–old Martha Krajnik of Alpena was pronounced dead shortly after being transported to MidMichigan Health Center for treatment.

Police were called to the scene at 12:46 p.m. on Monday. An investigation revealed a Chevy Trailblazer driven by an 18-year-old Alpena woman was traveling north on Genschaw, when she swerved into the southbound lane to avoid a Ford F–150 stopped in the road, waiting to turn left onto Princeton.

The Trailblazer had minimal contact with the F–150 before swerving onto the southbound side, slamming into the Prius. The drivers of the Trailblazer and the F–150 did not report any injuries as a result of the accident. Three occupants of the Prius, however, did sustain injuries, ranging from minor to critical.

The condition of the other occupants in the Prius is not known at this time.

The crash is still under investigation and alcohol does not appear to have played a factor. Anyone who witnessed the accident is asked to contact the Michigan State Police Alpena Post at (989)354-4101.

Our thoughts and prayers are with the family during this time.