As lawmakers consider changes to gun laws, protesters showed up in Alpena on Saturday to share how they felt about gun control. 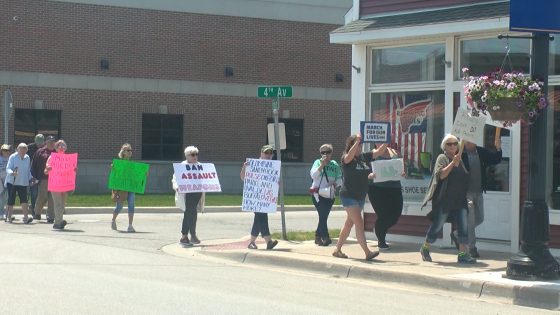 Separated by the road, protesters and counter protesters were outside the county courthouse either for or against gun control. “Today we are doing a march for our lives organized by the Alpena Democratic Party,” said Diane O’Connor, activism chairperson with the Alpena County Democratic Party. “There are marches going on across the country today on June 11 to show solidarity in ouu belief that we need better gun legislation.”

The recent mass shootings have put more pressure on lawmakers to change guns laws. “In order to protect, not just our children but everybody but most particularly our children,” said O’Connor.

On the other side, counter protestors showed up to support the second amendment which they say protects all other rights. “If we give up one we’re going to lose them all, and we should really be more cautious on how we allow people that we have elected to have a say in our lives,” said Stan Reese, counter protester with United Conservative Voice. 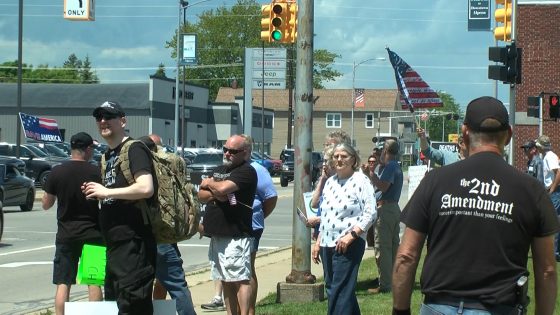 To these counter protestors, guns aren’t the issue. Instead, it’s about how the country handles mental health how the FBI handles potential threats. “A big part of it is when you start to get red flags on a citizen, you shouldn’t be ignoring them,” Reese said. “The FBI has missed a lot of red flags regarding the people that are going in and doing the shootings. That seems to be the pattern.”

While there was shouting back and forth, both protests went on without incident.