Any major storm systems are being blocked from getting close to Northern Michigan by a high pressure system centered over the Green Bay, Wisconsin area. The wintry weather over Minnesota, Iowa and eastern South Dakoa will dive to the south and avoid the Great Lakes region. A greater amount of clearing is expected early Friday.

High temperatures Wednesday got up to 37 degrees in Alpena, 36 degrees in Cheboygan, Michigan and 38 degrees in Saginaw, Michigan. These values are about 10 degrees above normal, considered “warm” for early January! Light winds from the north will bring slightly cooler temperatures into our area Thursday and Friday, still marginally above normal. 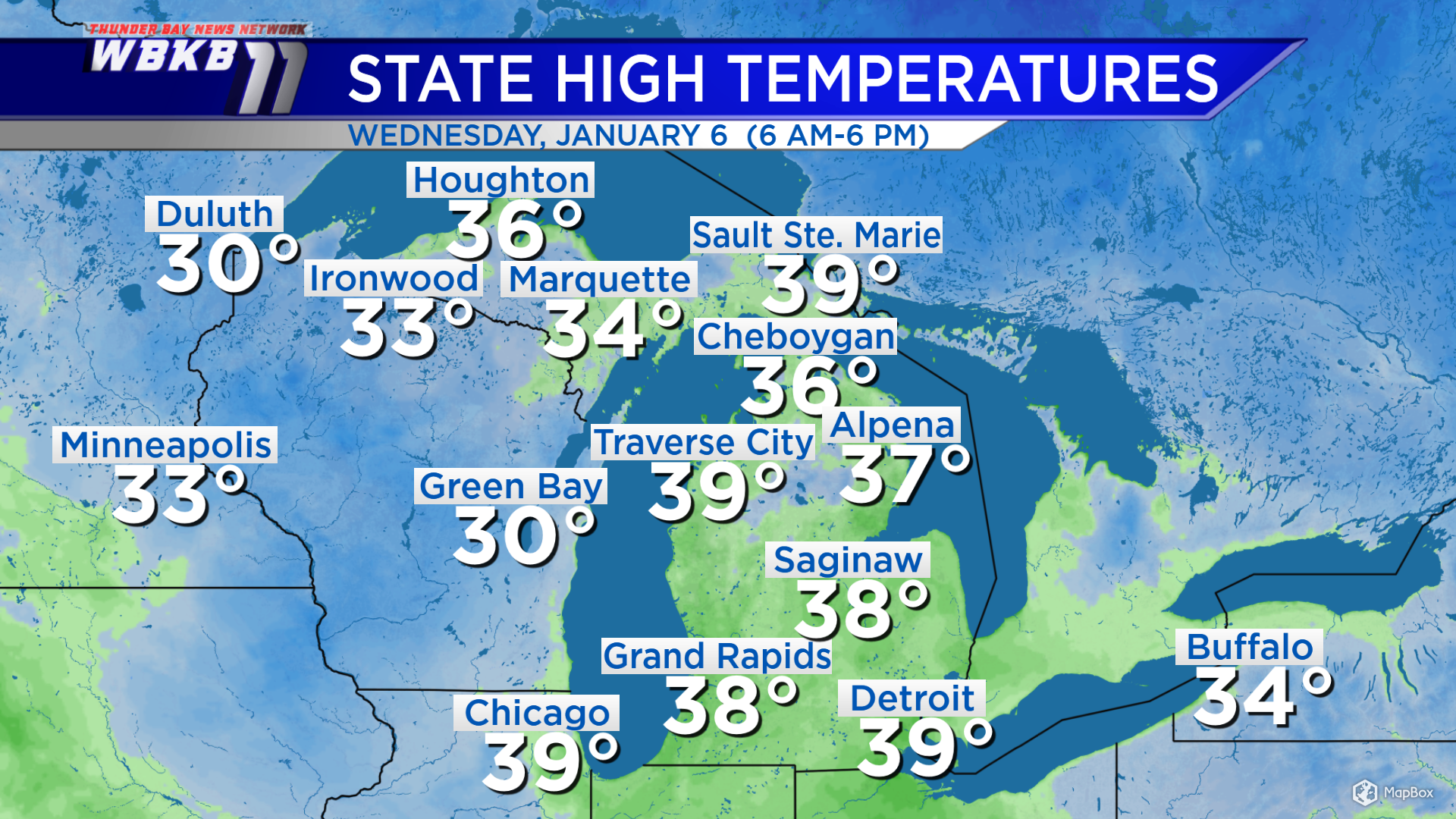 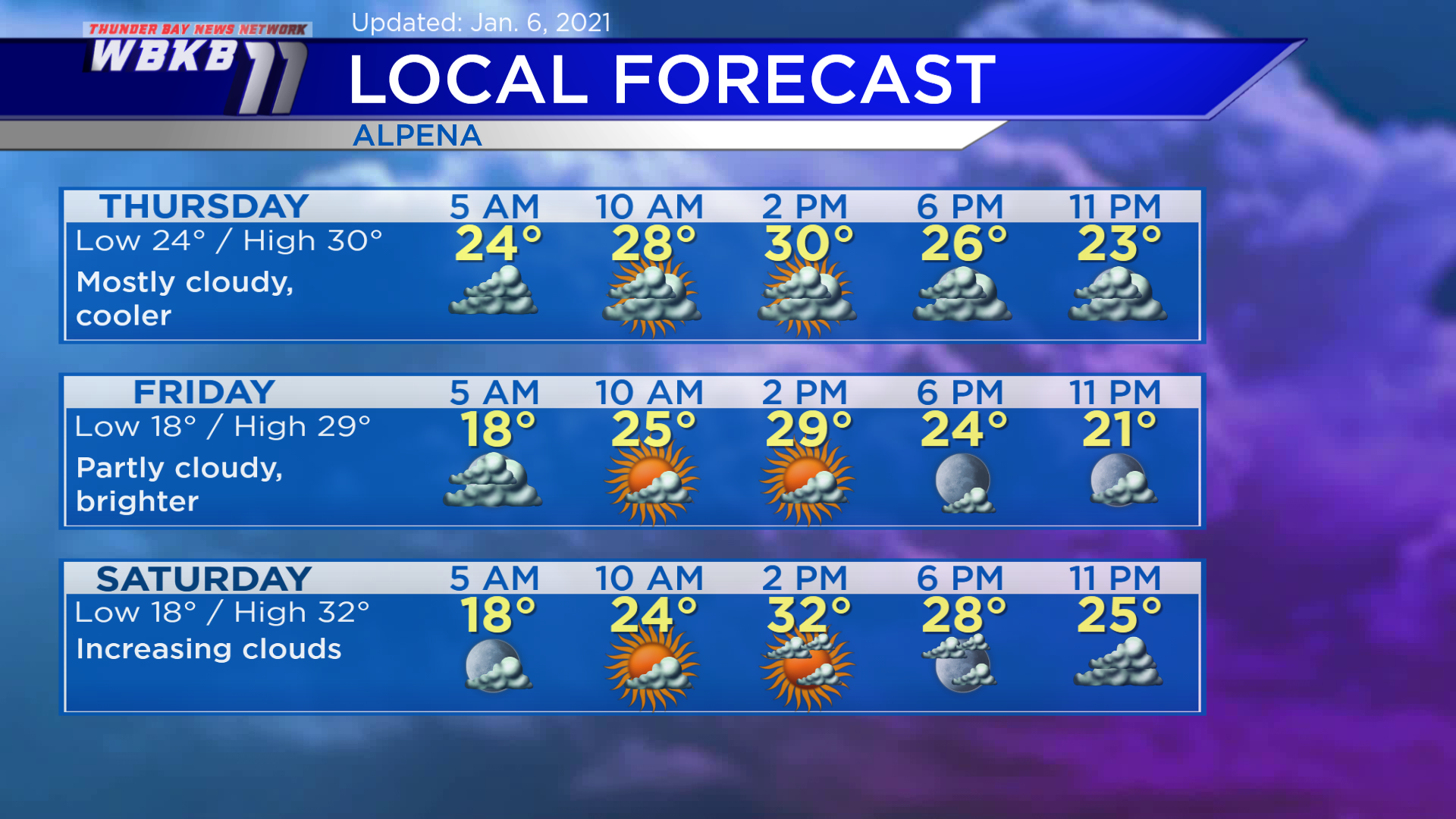 Highs over the weekend will reach the lower 30s both Saturday and Sunday — several degrees above normal. Temperatures warmer than normal will likely continue past the weekend. The temperature outlook issued by the Climate Prediction Center for Monday through Friday of next week shows a good chance of above-normal temperatures over Northern Michigan, much of the Upper Midwest and Upper Plains. “Above normal” might not necessarily feel warm, highs in the 30s would qualify as “above normal” this time of year. 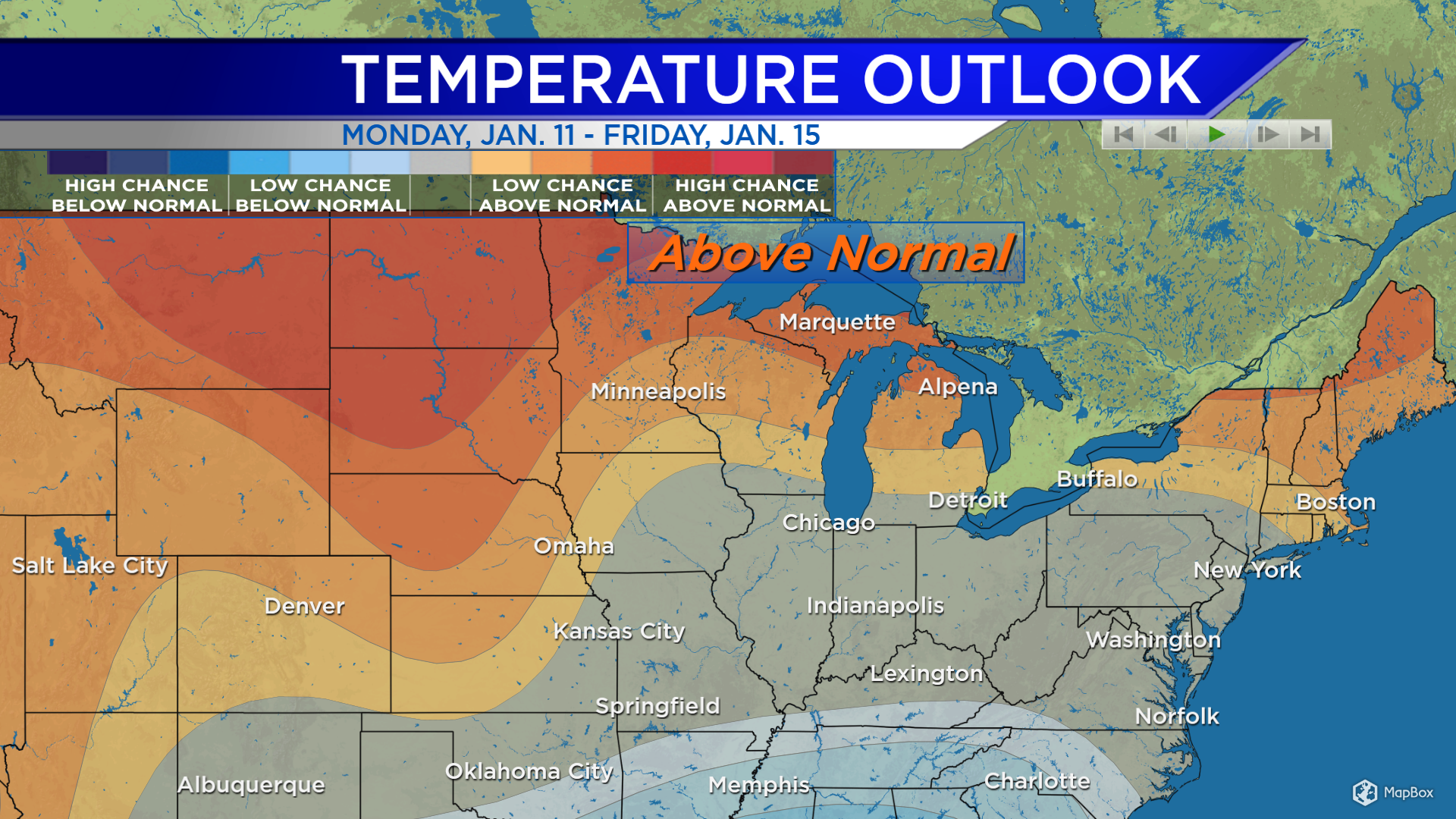