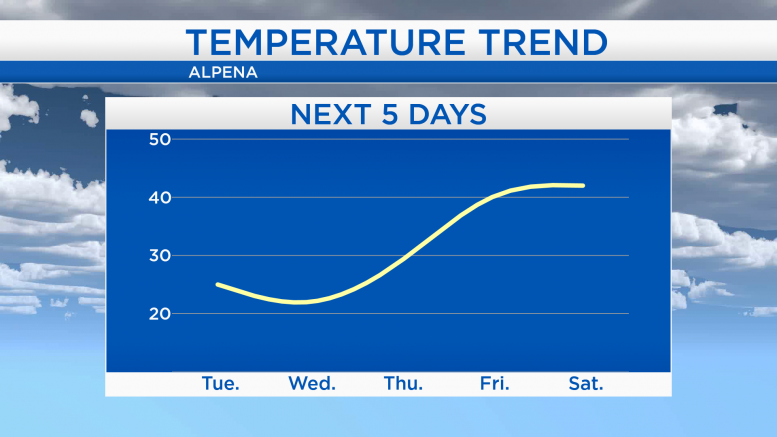 A cold front moving into Lower Michigan is bringing some steady snow to the area. Total snowfall amounts close to 2 inches are likely through tonight around Alpena, possibly more to the north and less farther south.

Temperatures have reached the lower and middle 30s, but colder air will enter tomorrow as winds shift out of the northwest. Colder temperatures will continue Wednesday, with the coldest air this week arriving Wednesday night. 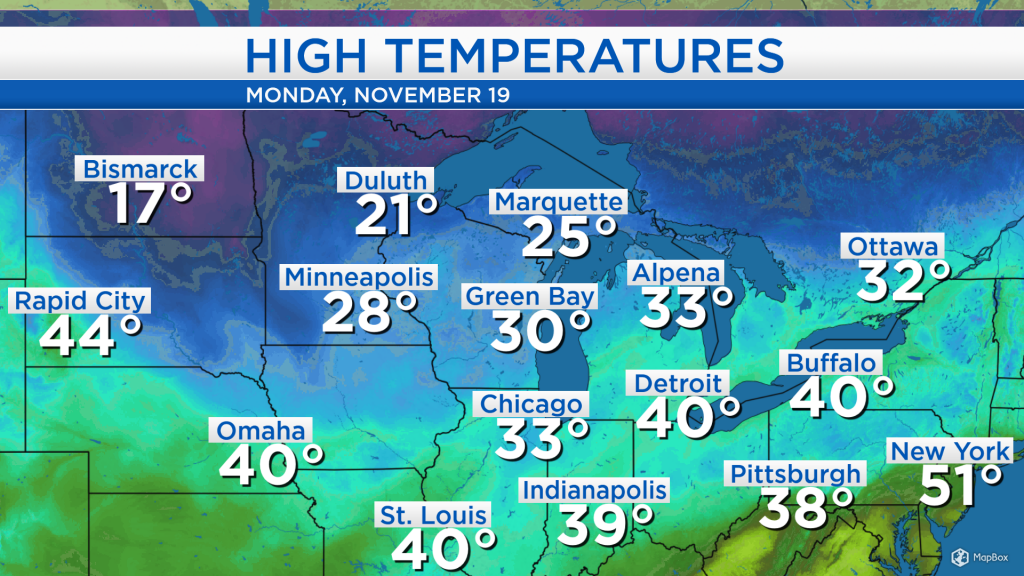 Overnight lows will drop to around 15 degrees, then in the morning temperatures will gradually rise through the upper teens under cloudy skies. High temperatures will reach the mid-20s with some breaks of sunshine in the afternoon. Some flurries are possible Tuesday night and early Wednesday, producing minimal snowfall amounts. 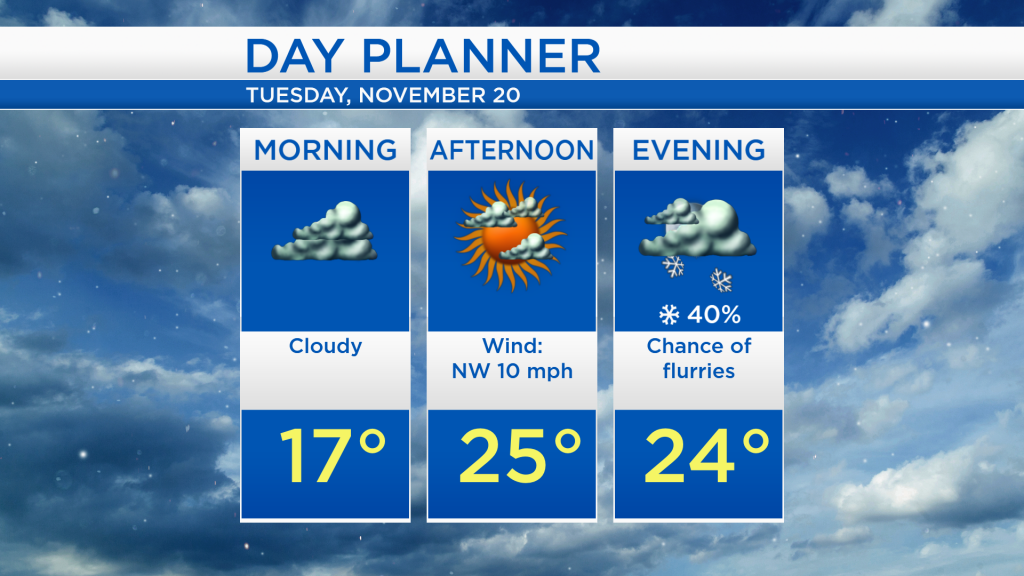 Cold temperatures will continue into Wednesday as highs reach only in the lower or middle 20s. High temperatures on Thanksgiving will rise slightly into the upper 20s, at least dry weather is expected all day. Significantly warmer temperatures will arrive Friday, with highs close to 40 degrees through the upcoming weekend. 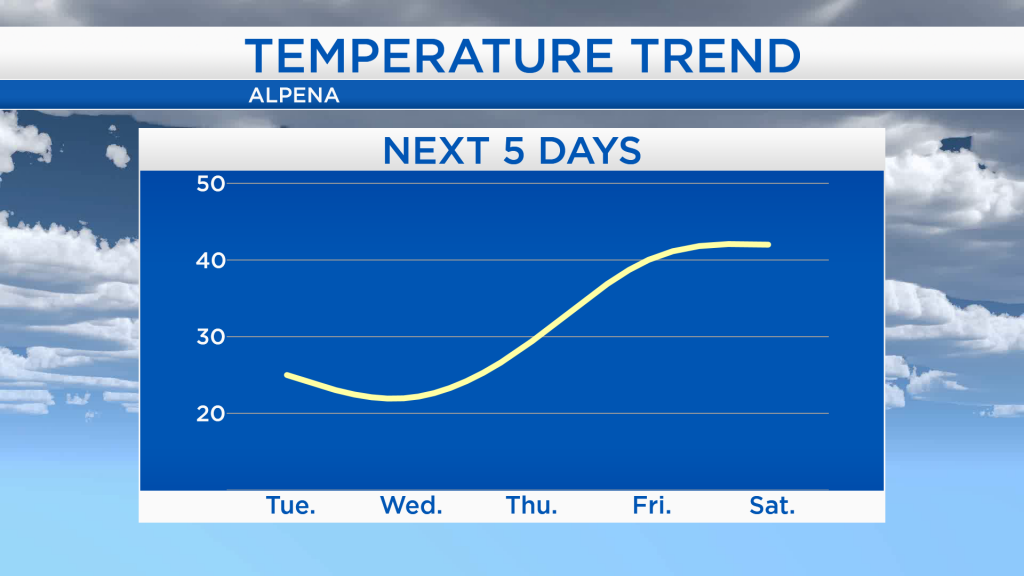 For Thanksgiving travel plans, across the country on Wednesday, the most substantial storm system will be moving onto the Pacific coast, bringing rain from San Francisco to Seattle. Our chance of flurries Tuesday night will shift east into New York and Pennsylvania on Wednesday. Most of the Midwest is expected to have dry weather under mostly sunny or partly sunny skies. The coldest temperatures will hover over the Great Lakes region with highs in the 20s and 30s, and the warmest temperatures will be reached in the southwestern states with highs in the 60s and 70s. 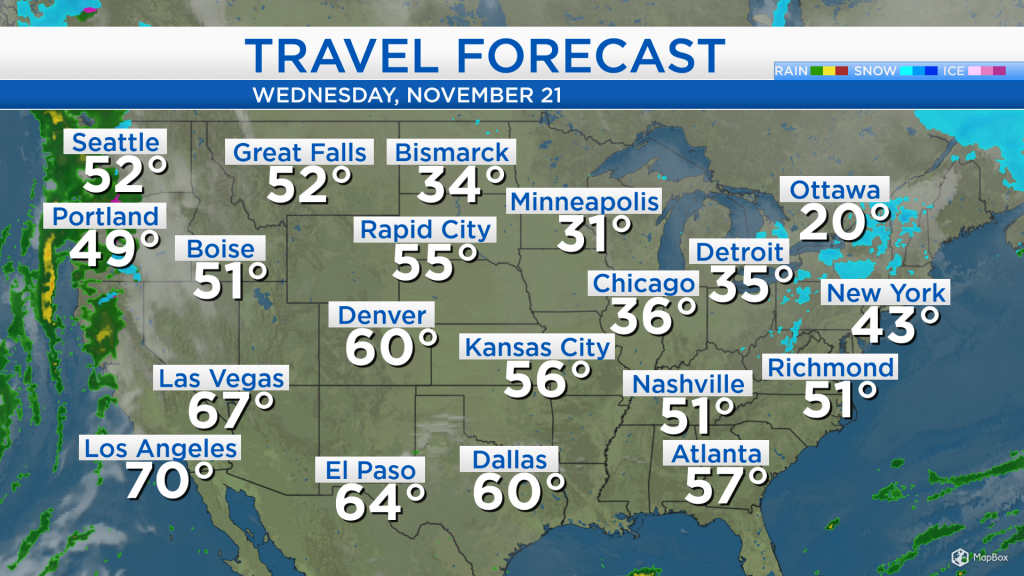 Following tonight’s snowfall, mostly dry weather is expected over the next few days around Northeast Michigan. A few flurries are possible late Tuesday to early Wednesday with highs in the 20s both days. For Thanksgiving, highs will reach the upper 20s or close to 30 degrees under mostly cloudy skies. On Friday, warmer temperatures will move in with a mix of sun and clouds, then a likely chance of rain will arrive on Saturday. For the rest of Northeast Michigan’s weather forecast, watch the latest weather video by clicking the weather tab at the top of the page. 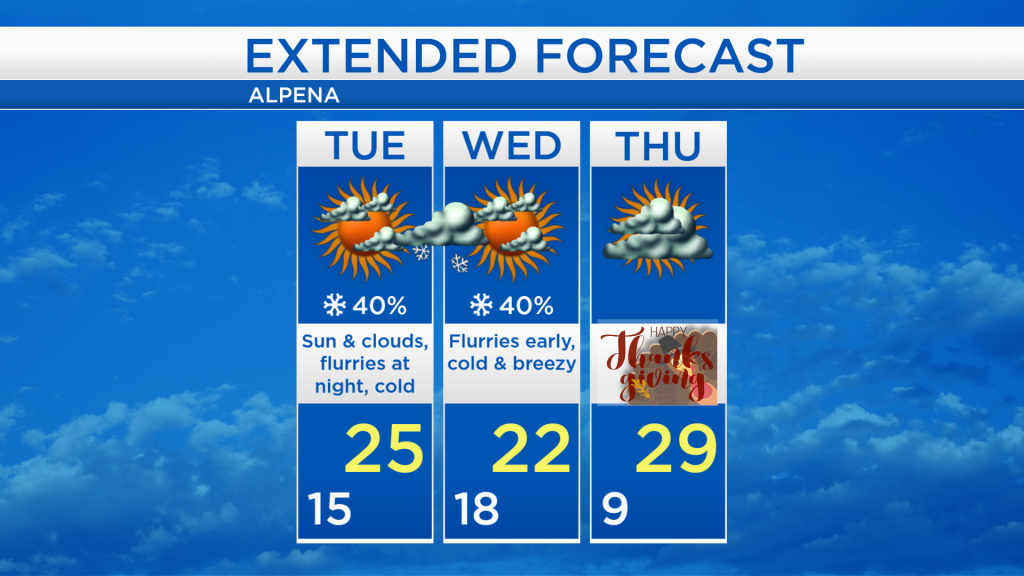