Following a cold front that moved through late Sunday, gusty winds have picked up out of the northwest. Those winds have brought significantly colder temperatures to Northeast Michigan and a few lake effect snow showers coming off of Lake Huron. Daytime highs Monday reached 25 degrees in Alpena, 32 degrees in Saginaw, Michigan and 19 degrees in Sault Ste. Marie, Michigan. A chilly night is in store with low temperatures dropping to the single digits. 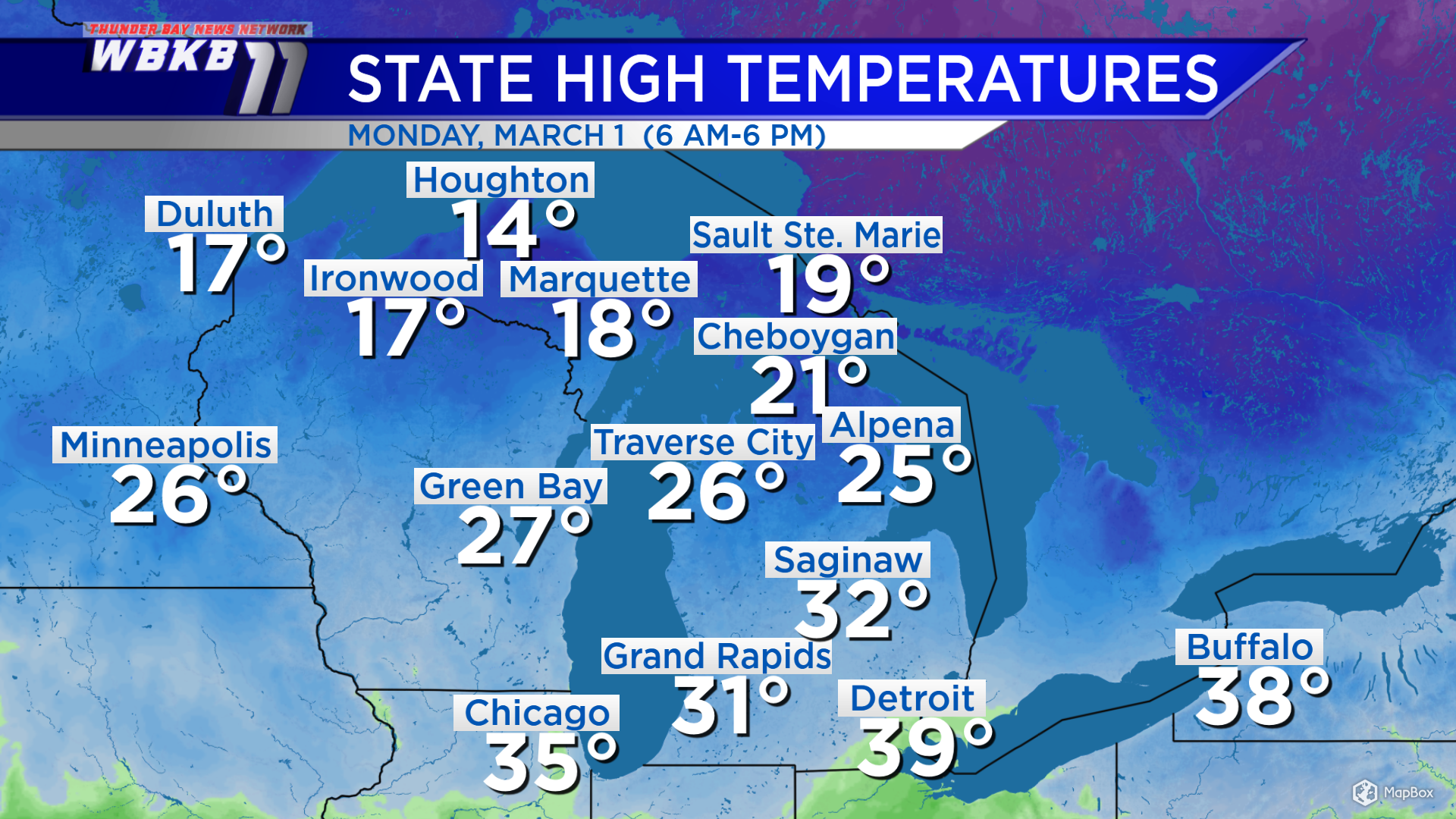 Winds are going to increase out of the southwest on Tuesday, around 15-20 mph. This will prove to be a warm breeze, driving temperatures into the upper 30s during the afternoon. 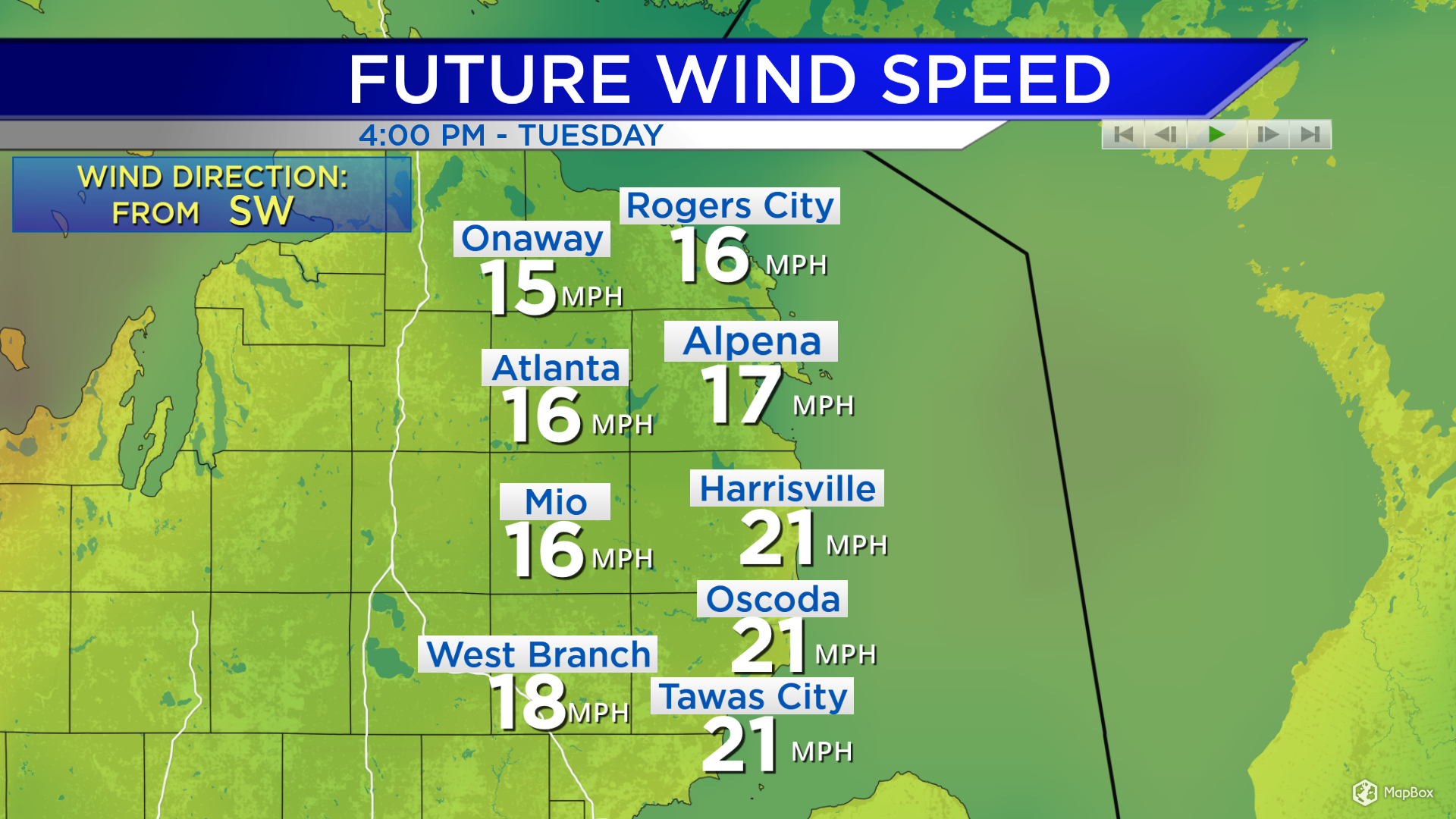 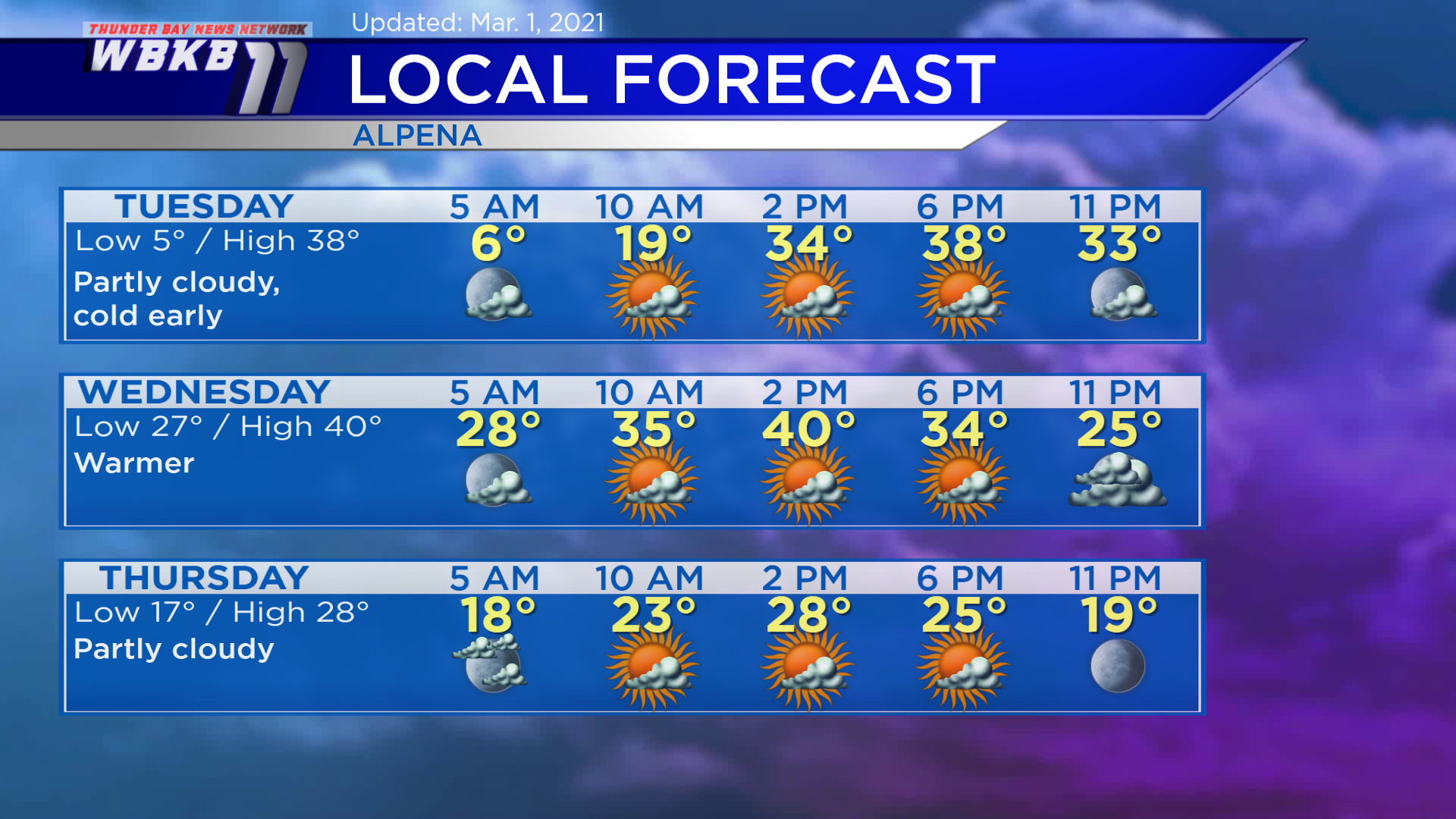 Taking a look back at February: Temperatures were not as cold, compared to normal, as you might have expected. Despite the arctic outbreak Feb. 6-16, the average of daily high temperatures was 28 degrees, which is just 1 degree cooler than “normal.” That’s because the arctic outbreak was placed between a period of warm temperatures during the first few days of the month and also the last several days of the month. During the prolonged cold weather, temperatures got down to minus 8 degrees on Feb. 10. The average of all the low temperatures throughout the month was 8 degrees, which is 4 degrees cooler than normal. Total snowfall for the month was 17.4 inches, near normal. 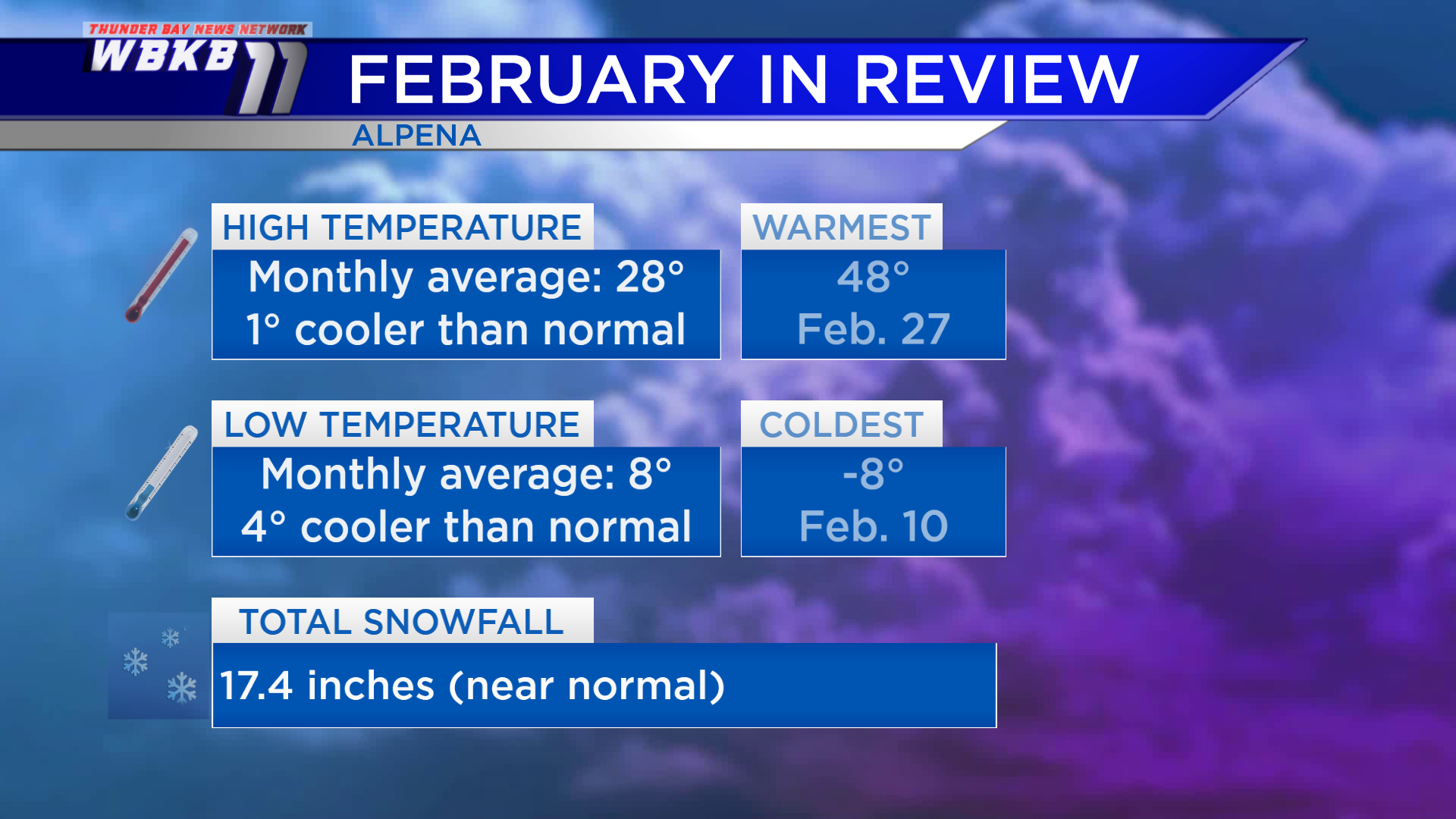 Normal refers to the long-term average, using values from the period of 1981-2010, to compare recent observations.

Alpena hockey earns honors on and off the ice