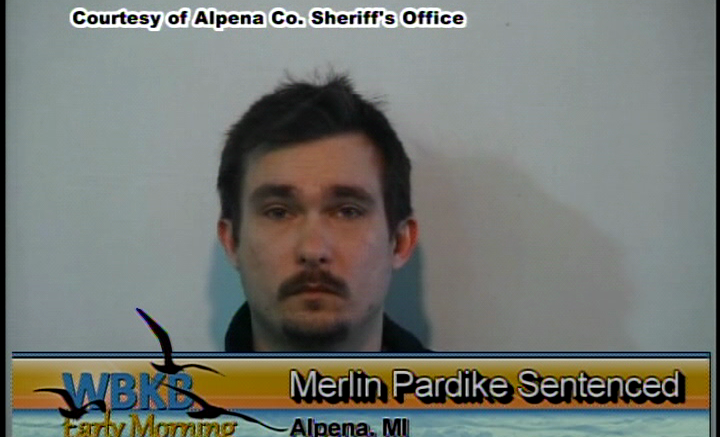 Merlin Pardike was sentenced on a single count of child abuse third degree inside of the Alpena county courthouse on Monday. WBKB News previously reported that Pardike admitted to hitting his stepdaughter in November 2016.

Pardike previously pleaded guilty in court to a single count of child abuse in the 3rd degree, which is a lighter sentence of 2nd degree child abuse. The Alpena County Sheriff’s office previously learned that Pardike assaulted the child thanks to a tip from child protective services.

“Ultimately this investigation was launched when an outstanding local daycare provider made authorities aware that a 23–month–old child had significant facial injures when she was brought to her custody that day. A lengthy investigation revealed that the girl had been assaulted by Shane Pardike, the boyfriend of the girl’s mother, the assault occurred in early 2016,” Deputy Mike Jones said.

The 29–year–old will be behind bars for 90 days will also be on three years probation; and have no contact with the child during that time. Pardike is still in a relationship with his stepdaughter’s mother.

Alpena Man Could Face Time Behind Bars for Child Abuse

Planting of pinwheels raising awareness over child abuse and neglect