High temperatures today got up to 39 degrees in Alpena. Our area had partly cloudy skies and a surge of warmer temperatures ahead of an incoming cold front. This cold front will produce nearly no precipitation. But take a look at the temperatures over Minnesota — Duluth reached a high of 27 degrees today — that air mass will move into our area over the next couple days. 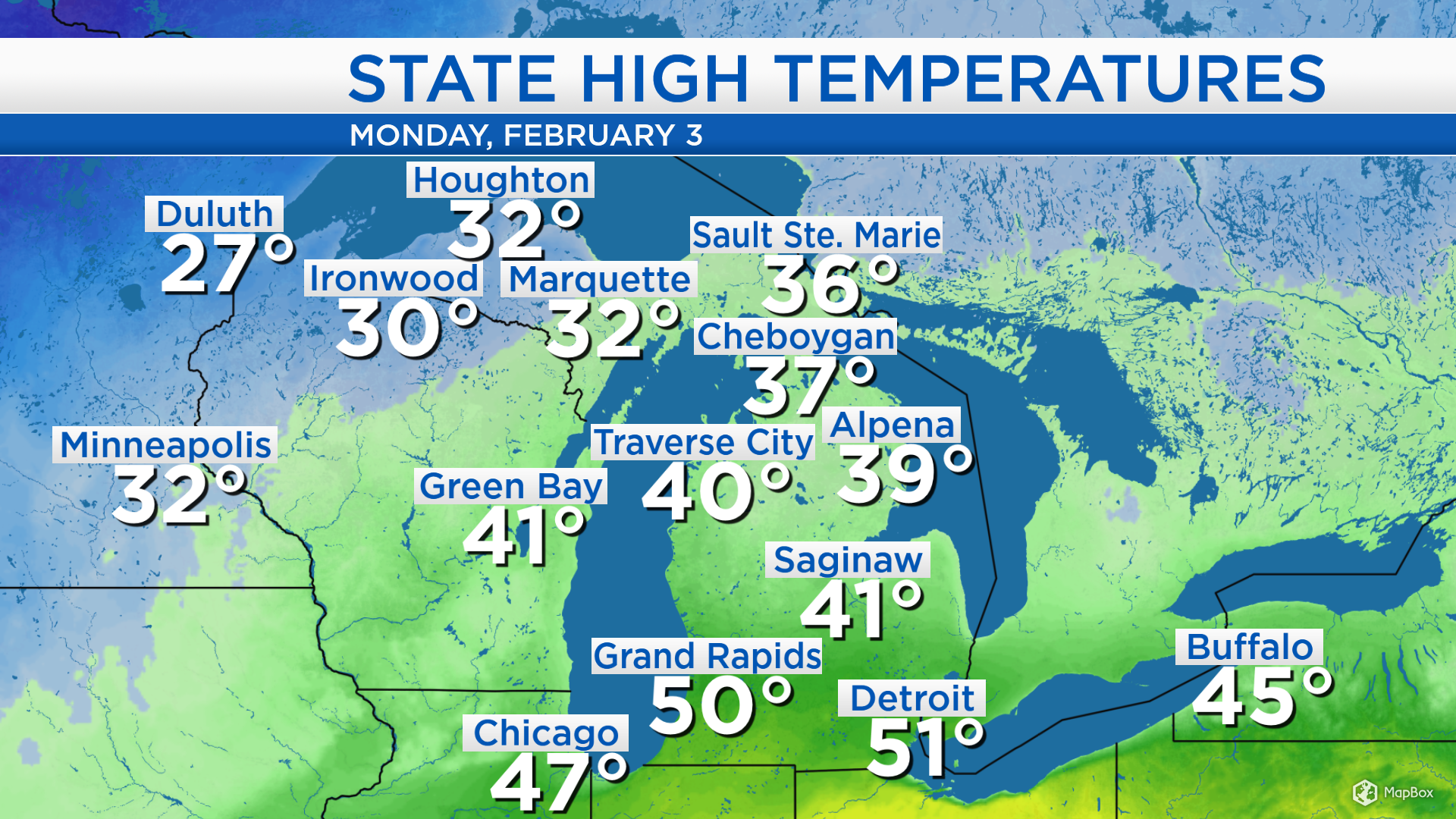 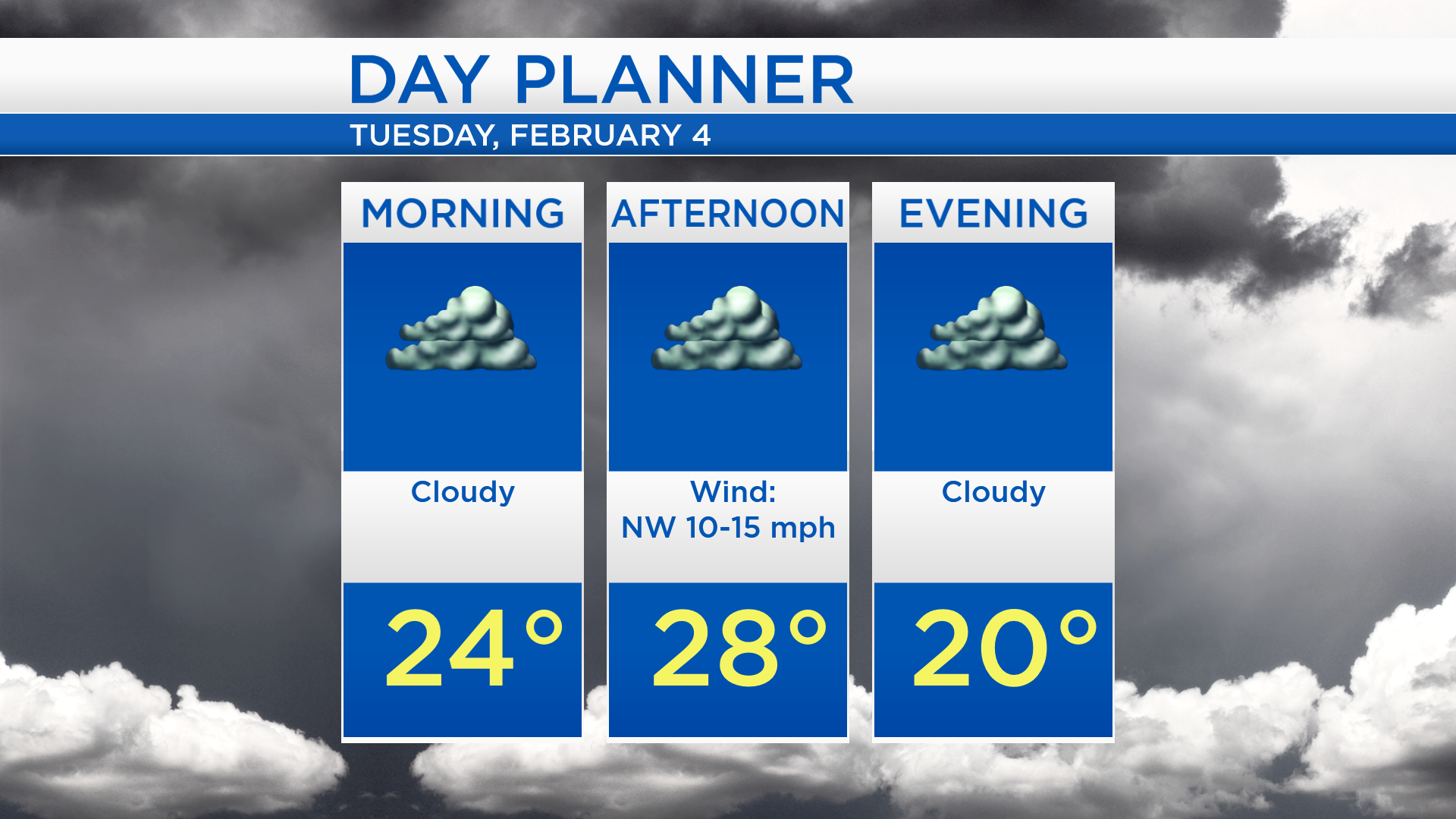 Gray skies will hover over Northern Michigan on Tuesday with highs in the upper 20s. Temperatures will drop to about 12 degrees early Wednesday. Some sunshine is expected Wednesday and afternoon highs will be in the middle 20s. A chance of snow will arrive early Thursday and continue until Friday midday. 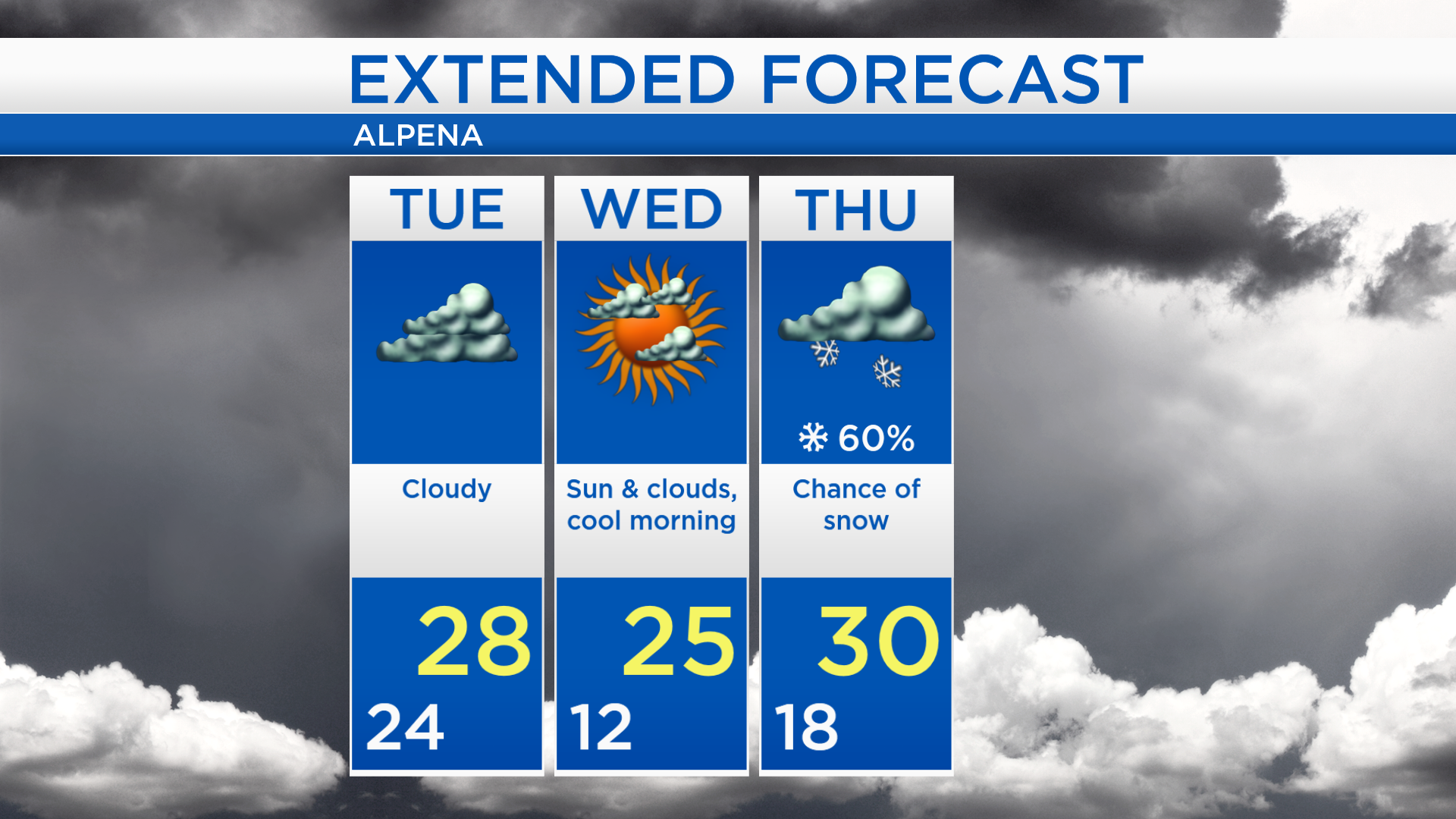 Taking a look back at January 2020, last month was significantly warmer than the long-term ‘normal.’ The average of all the daily highs was 33 degrees, that’s 6 degrees above normal. More impressive — the average of all the low temperatures throughout the month was 10 degrees above normal. Overall, it was the third warmest January on record in Alpena! Snowfall for the month totaled to about 19 inches. For the rest of Northeast Michigan’s weather forecast, watch the latest weather video by clicking the weather tab at the top of the page. 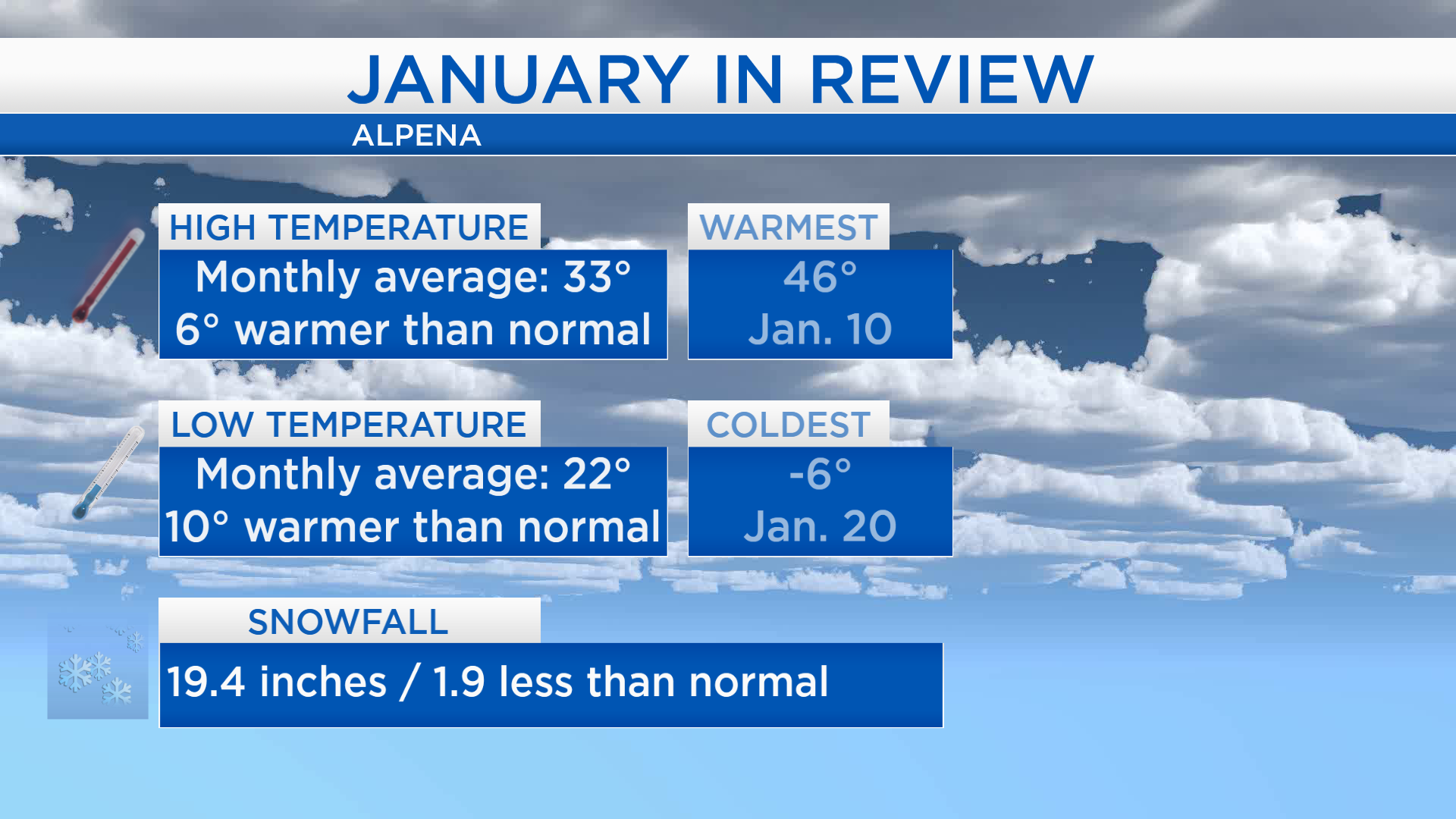