The next batch of moisture will be moving in from the south overnight. It will interact with colder temperatures over Northern Michigan, resulting in some wintry types of weather for Friday morning. Initially, expect this to start as rain during the predawn hours late tonight. But as temperatures drop below freezing we’ll see any initial rain changing to a wintry mix or snow.

A Winter Weather Advisory is posted from midnight to noon Friday for parts of Northeast Michigan. It includes Alpena, Alcona, Montmorency, Oscoda and Ogemaw counties. Expect roadways to become slippery early Friday with a wintry mix or snow falling throughout the area. The wintry precipitation should end around midday. 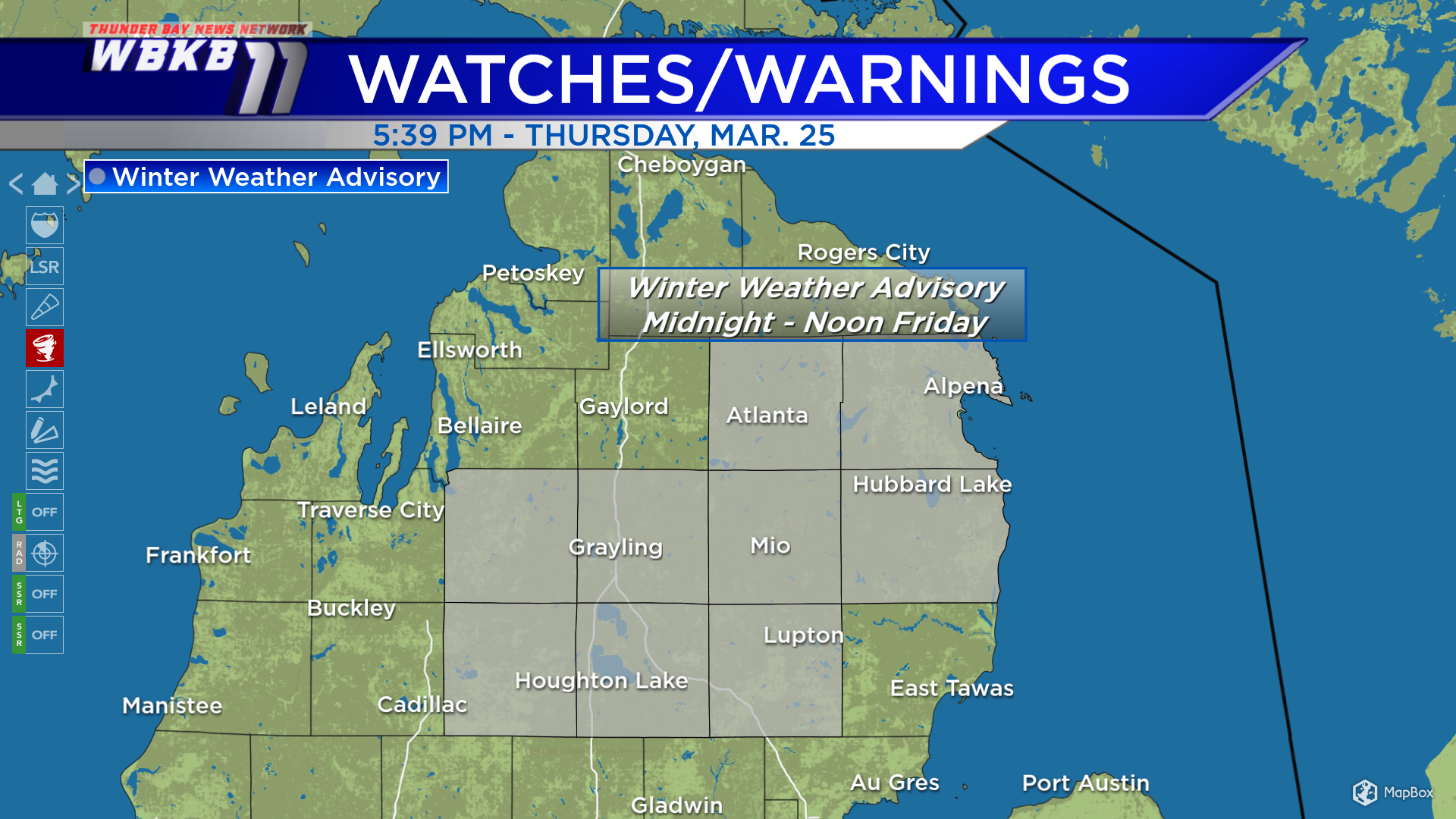 Futurecast shows rain showers moving in well after midnight. But that rain changes to a wintry mix (shown in pink) as daybreak approaches early Friday. Then either a wintry mix or snow will last for several hours into Friday morning. This will all move to the northeast and drier weather will take over during the afternoon and evening.

Additionally, winds will become strong for a few hours early Friday. Winds out of the north will be blowing at about 20 mph at the start of the day, then east to near 10 mph late-day. 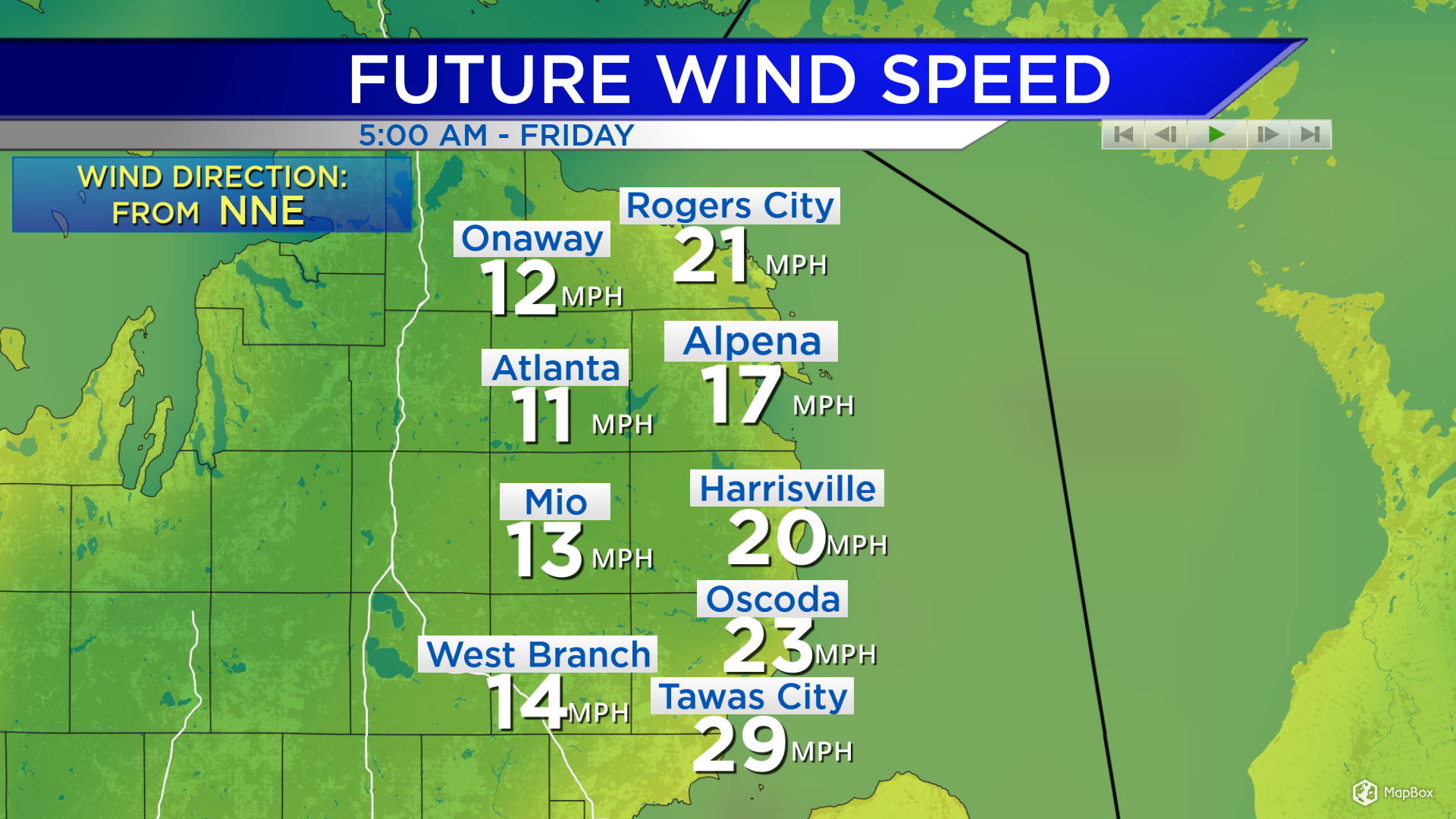 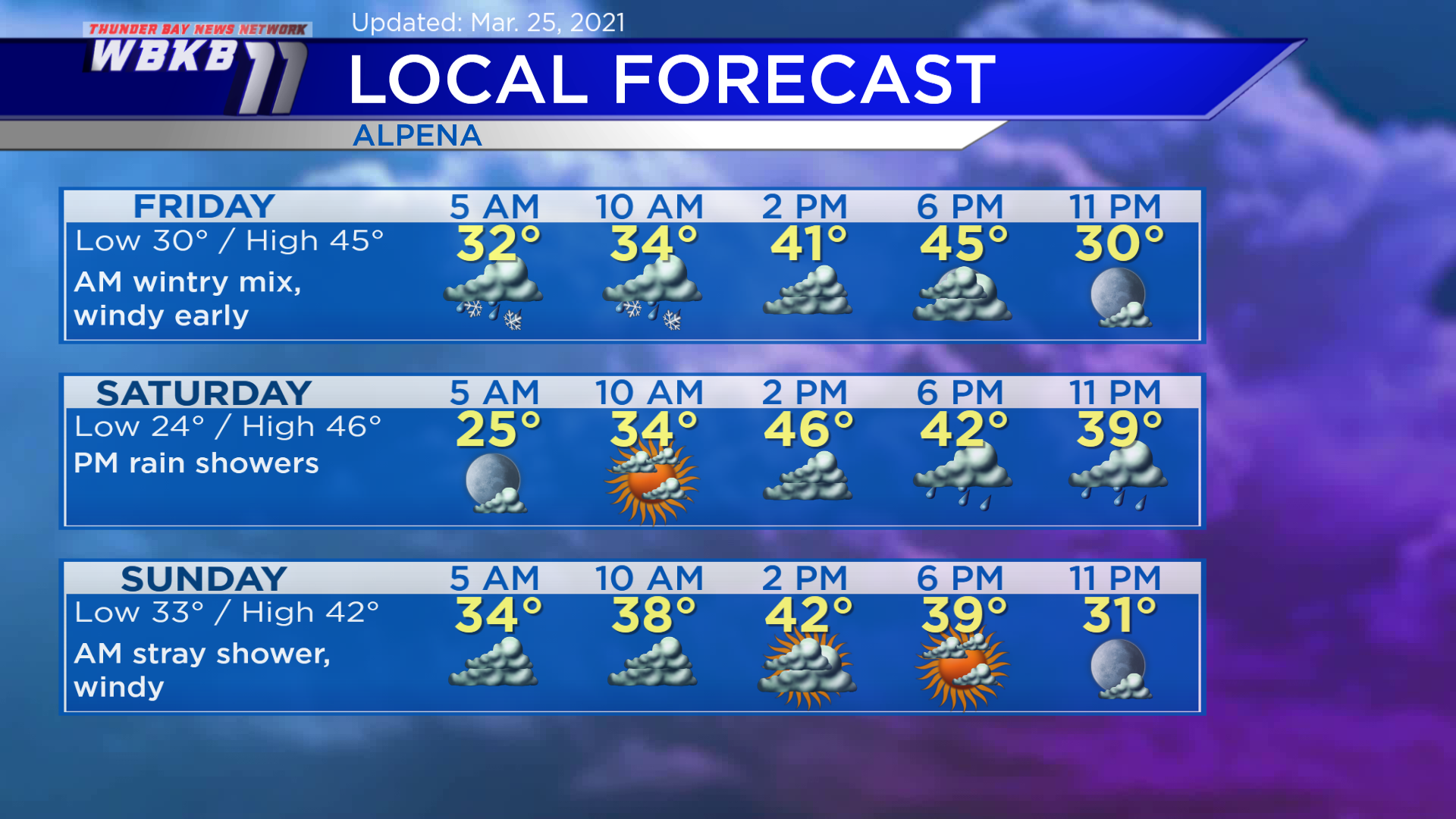 Elsewhere, the Storm Prediction Center has issued a level 5 risk of severe weather over parts of Alabama and southern Tennessee. Level 5 is the highest or most threatening end of the severe weather scale. Alabama has seen an outbreak of tornadoes Thursday. We will not get severe weather in Michigan. But it’s the same storm system moving in early Friday, we’re going to be on the cold side of it. 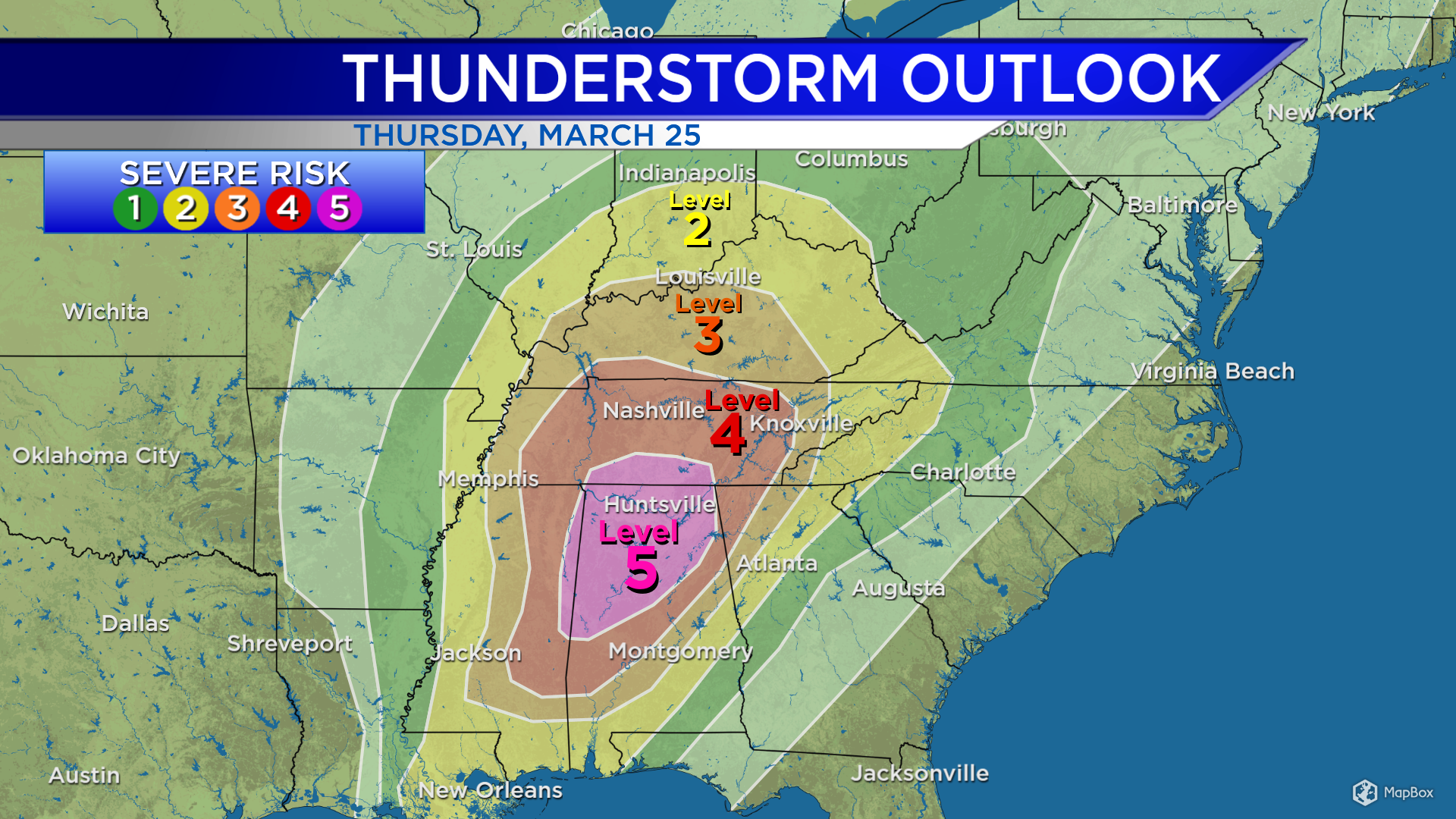