The Midwest temperature map is showing a battle of the seasons. Highs today were quite chilly in Alpena at 33 degrees. Detroit didn’t do much better with a high of 35 degrees. Warm air is surging north over North Dakota and South Dakota. Temperatures Thursday afternoon got up to 72 degrees in Rapid City, South Dakota and 67 degrees in Bismarck, North Dakota. A part of that warmer air mass will be heading into our area over the weekend. 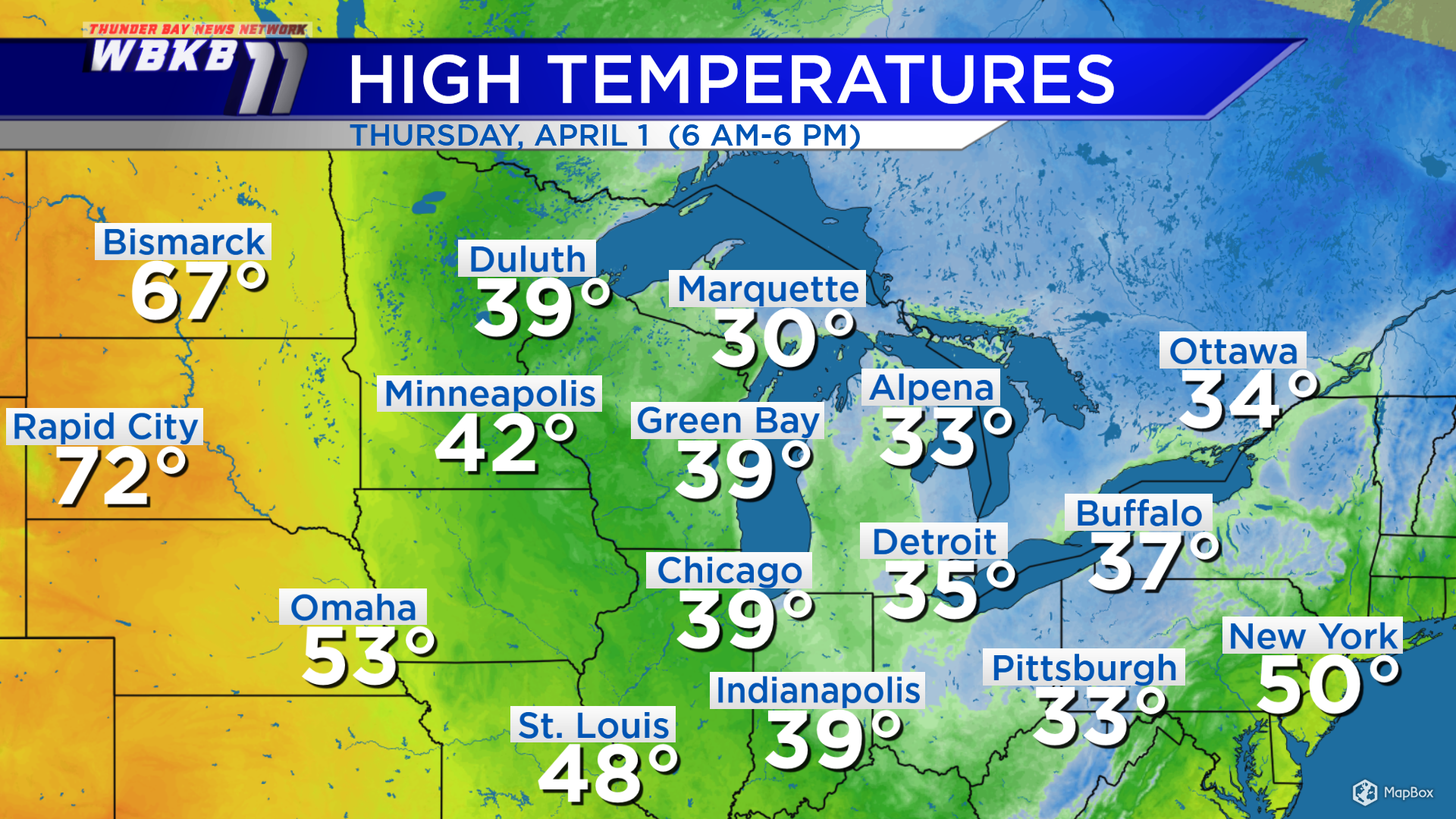 Friday, a light breeze out of the east will keep temperatures cooler near the Lake Huron shoreline. Highs will be near 40 degrees in Harrisville, 44 degrees in Alpena and 48 degrees in Atlanta. It’ll look really nice with mostly sunny skies. 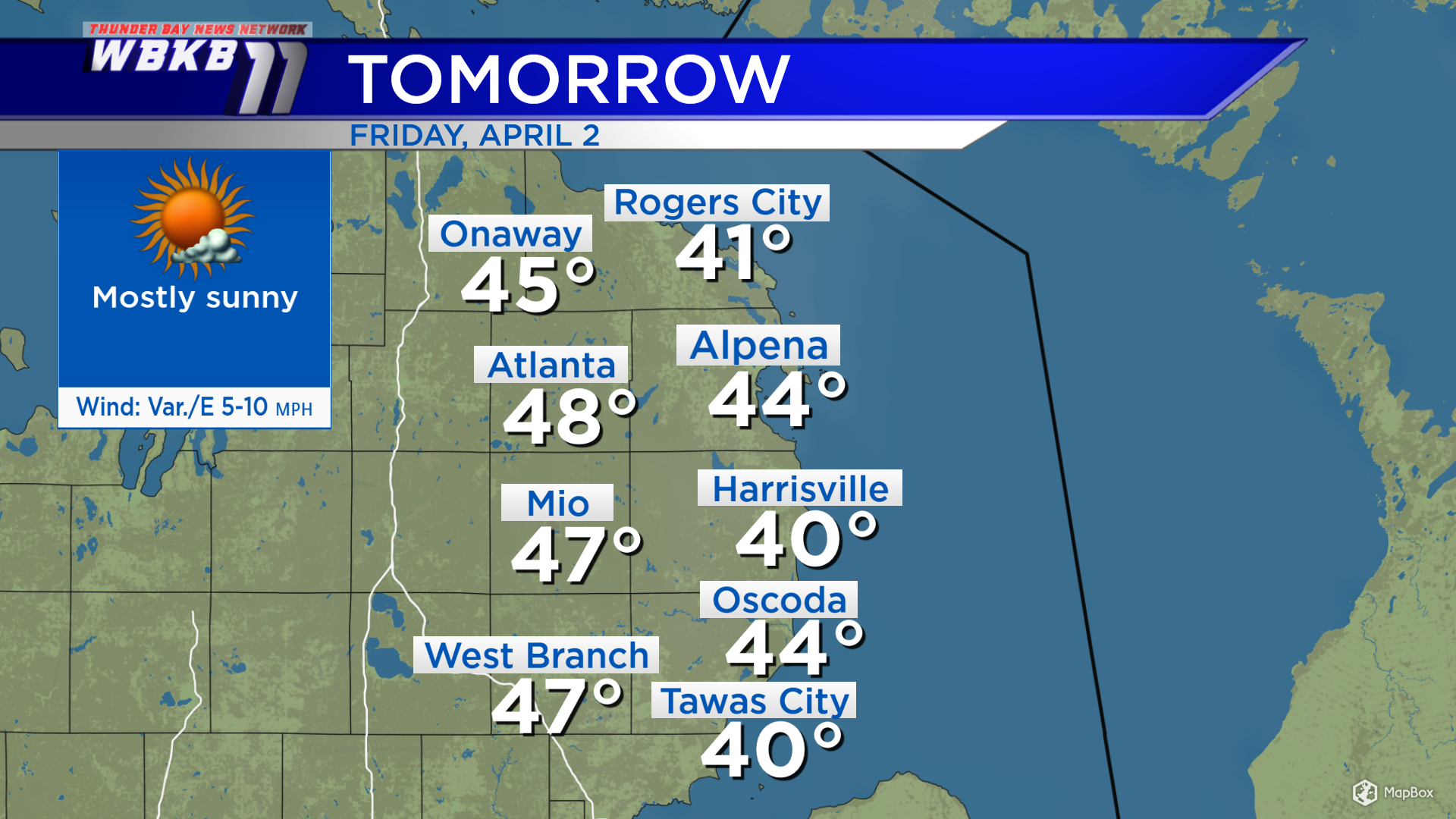 Friday: Mostly sunny, cool early. Predawn lows will drop to about 16 degrees. Temperatures will climb to the lower 30s during the late-morning. Afternoon highs will reach close to 44 degrees. Evening temperatures will go into the 30s.

Sunday: Partly cloudy, remains warm. Early-morning lows will be close to 31 degrees. Afternoon highs will get up to about 56 degrees. Evening temperatures will head into the 40s. 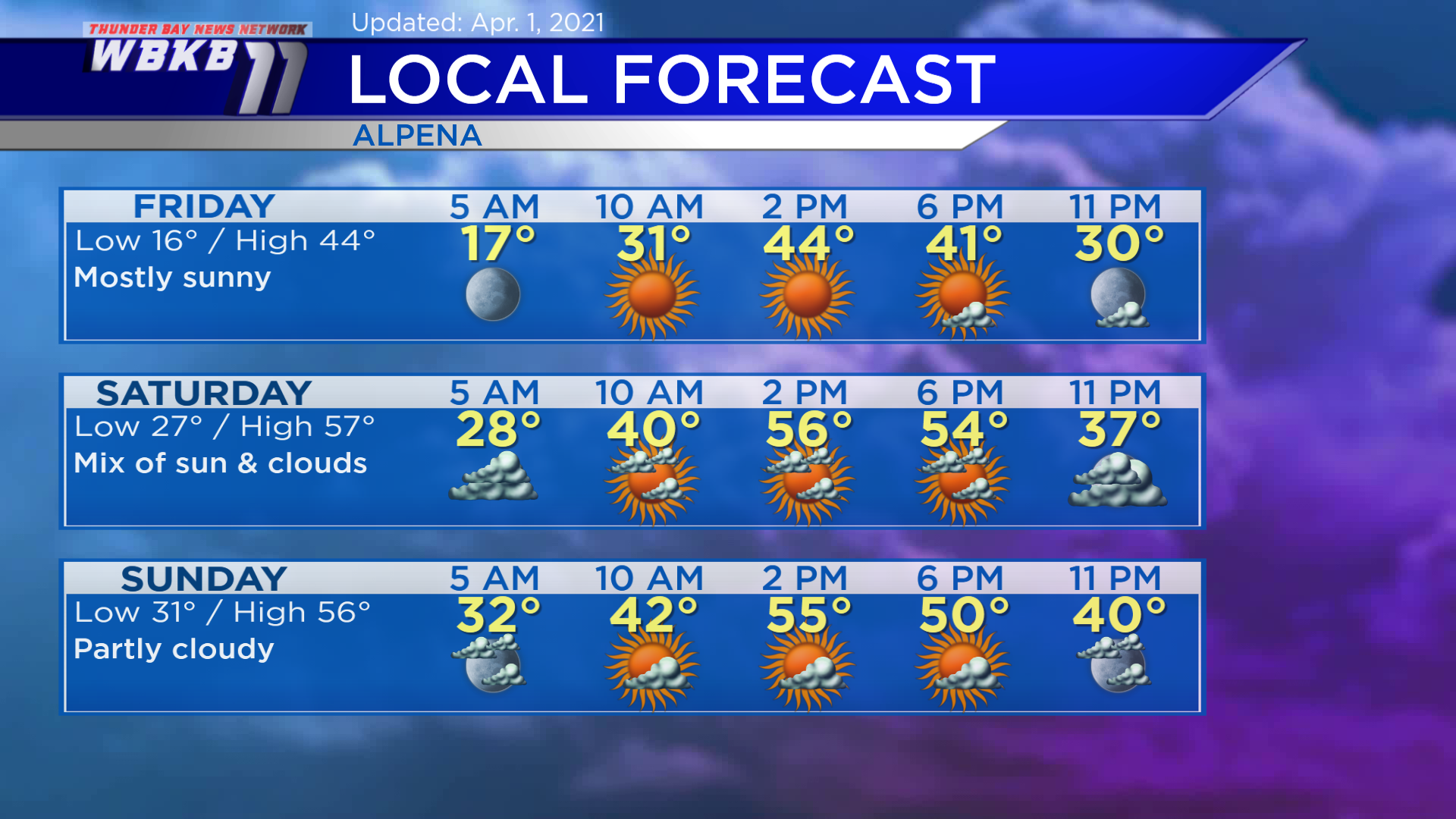 Looking back at March, it was much warmer and drier than the long-term normal. The average of the daily high temperatures throughout March was 48 degrees, which is 9 degrees warmer than normal. All of the low temperatures throughout the month averaged to 24 degrees, which is 5 degrees warmer than normal. Precipitation for March (rain plus melted snow) totaled barely over 1 inch, just slightly more than half of the normal value. 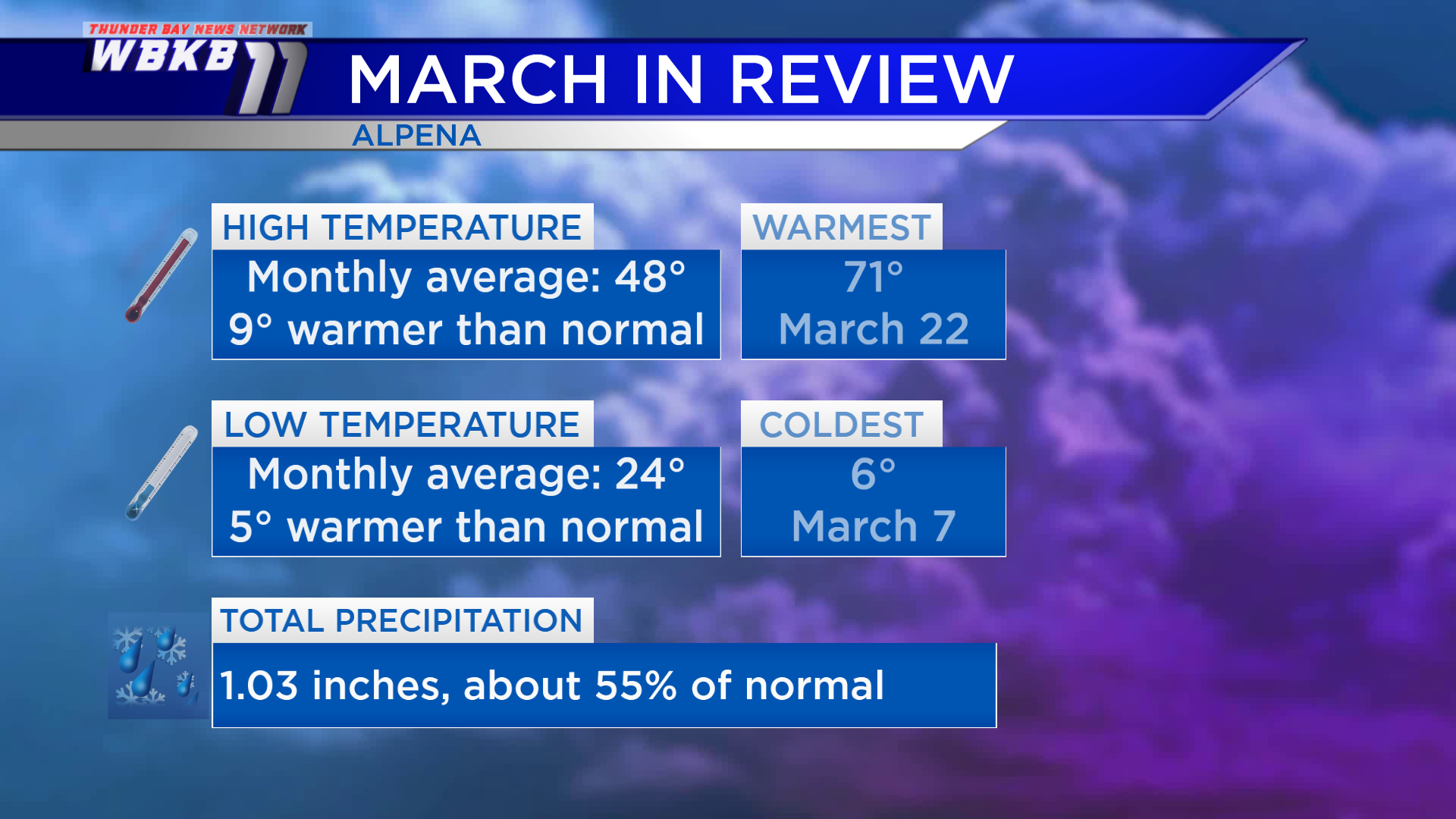