Today’s highs reached mainly the middle to upper 70s with sunshine until the early-afternoon and a southwest breeze directing warmer temperatures into our area. Highs reached 78 degrees in Alpena, 73 in Rogers City and 74 in West Branch. 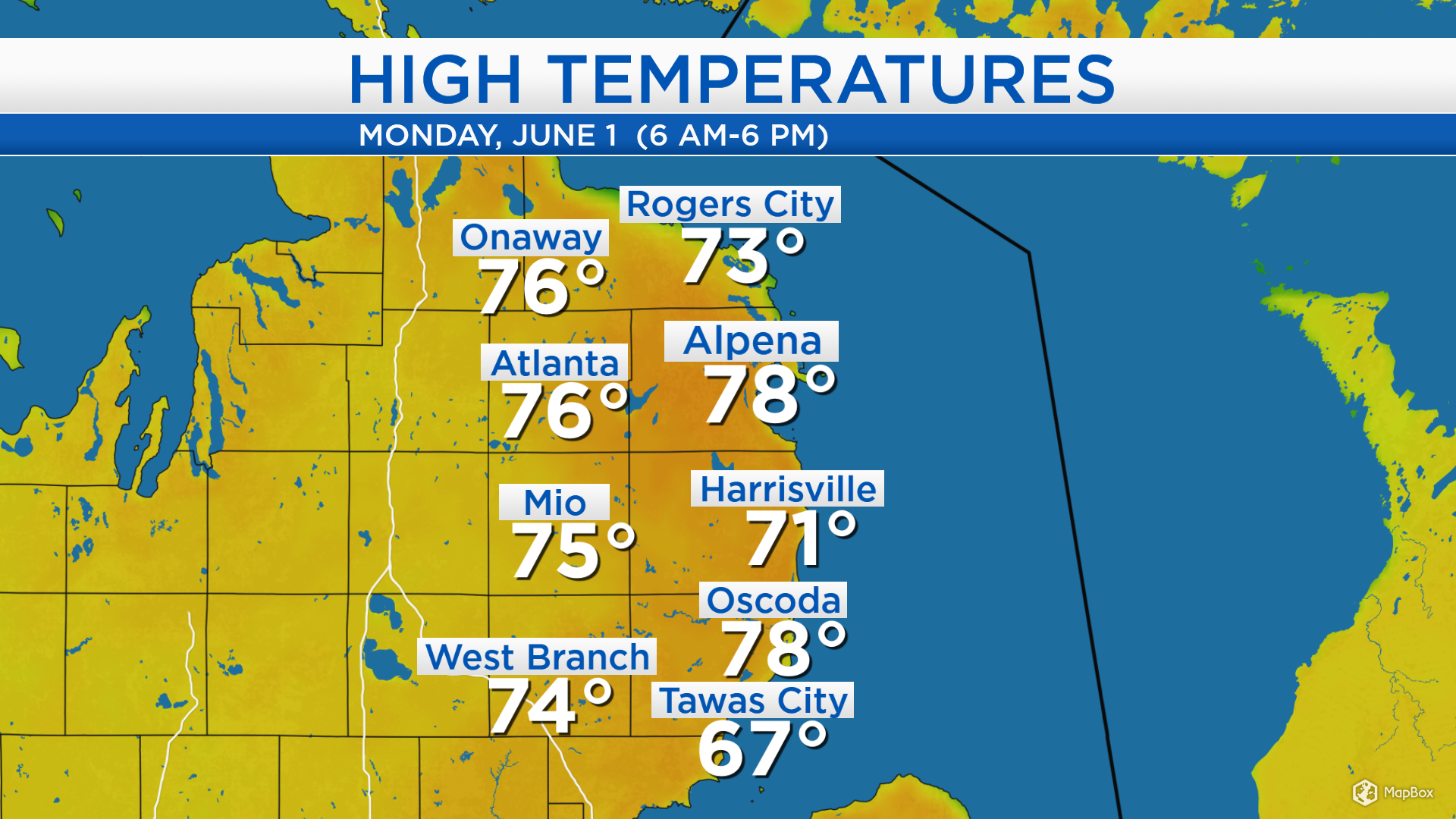 An incoming warm front is producing a band of showers ahead of it. This warm front will bring warmer temperatures and higher humidity into Northeast Michigan for Tuesday. The cold front associated with the same storm system will swing through our area Tuesday night.

Tonight, low temperatures will be around 55 degrees with showers. There could be a spotty shower early Tuesday, but most of the day will be rain-free. Morning temperatures will be in the middle 60s, and afternoon highs will reach about 83 degrees. Winds will come from the west, about 10 mph. 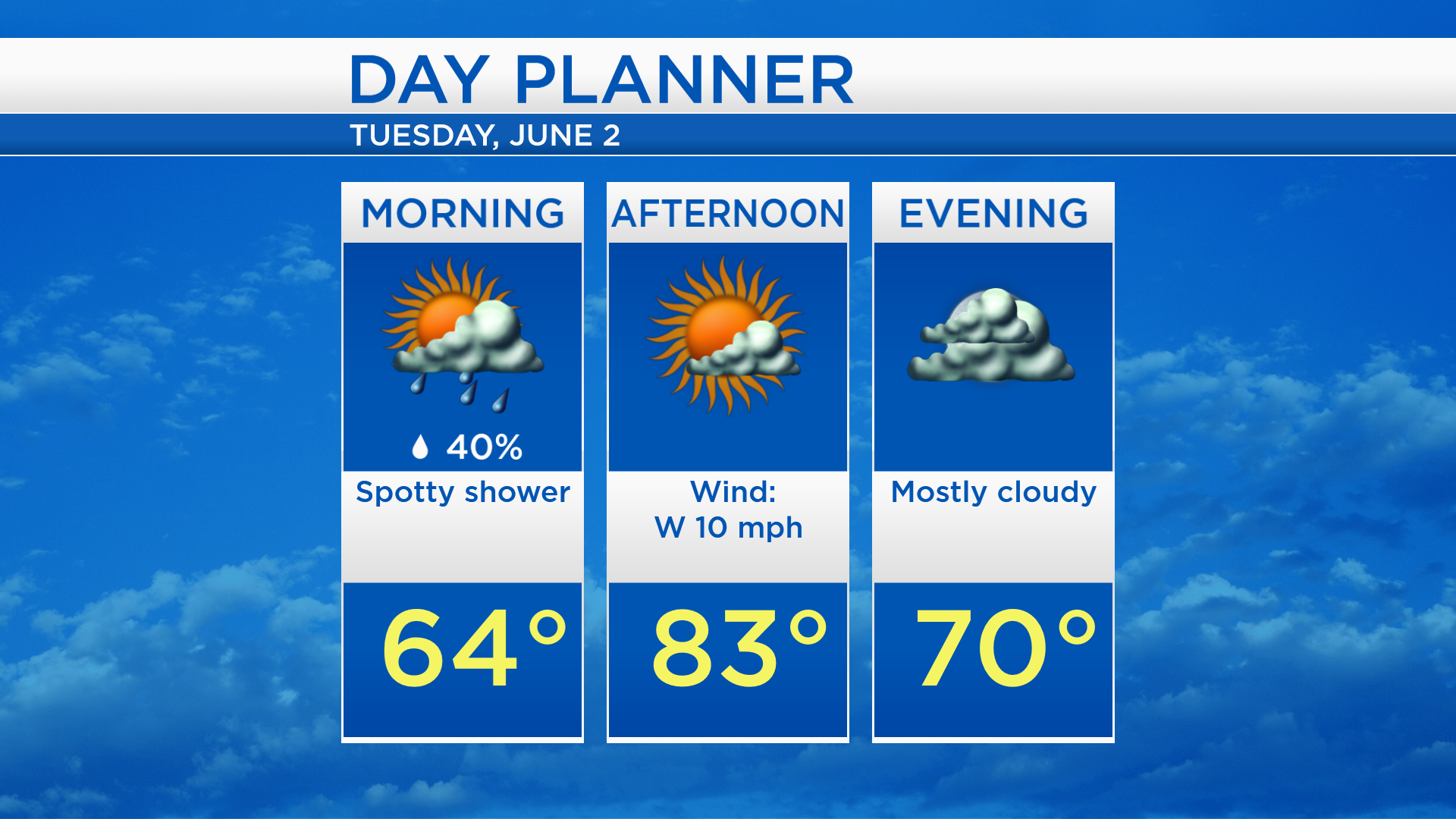 There will be some instability around late-day Tuesday. The big question is: Will that instability coincide with moisture produced by a cold front coming through Tuesday night? The Storm Prediction Center (part of the National Weather Service) has placed parts of Northeast Michigan, particularly south of M-32, under a “Level 1” risk of severe weather late Tuesday to predawn early Wednesday. The SPC severe weather scale goes from level 1 to level 5. Regarding the cold front Tuesday night, this means there is a low risk of hail (1 inch or larger) and damaging wind gusts (over 58 mph). 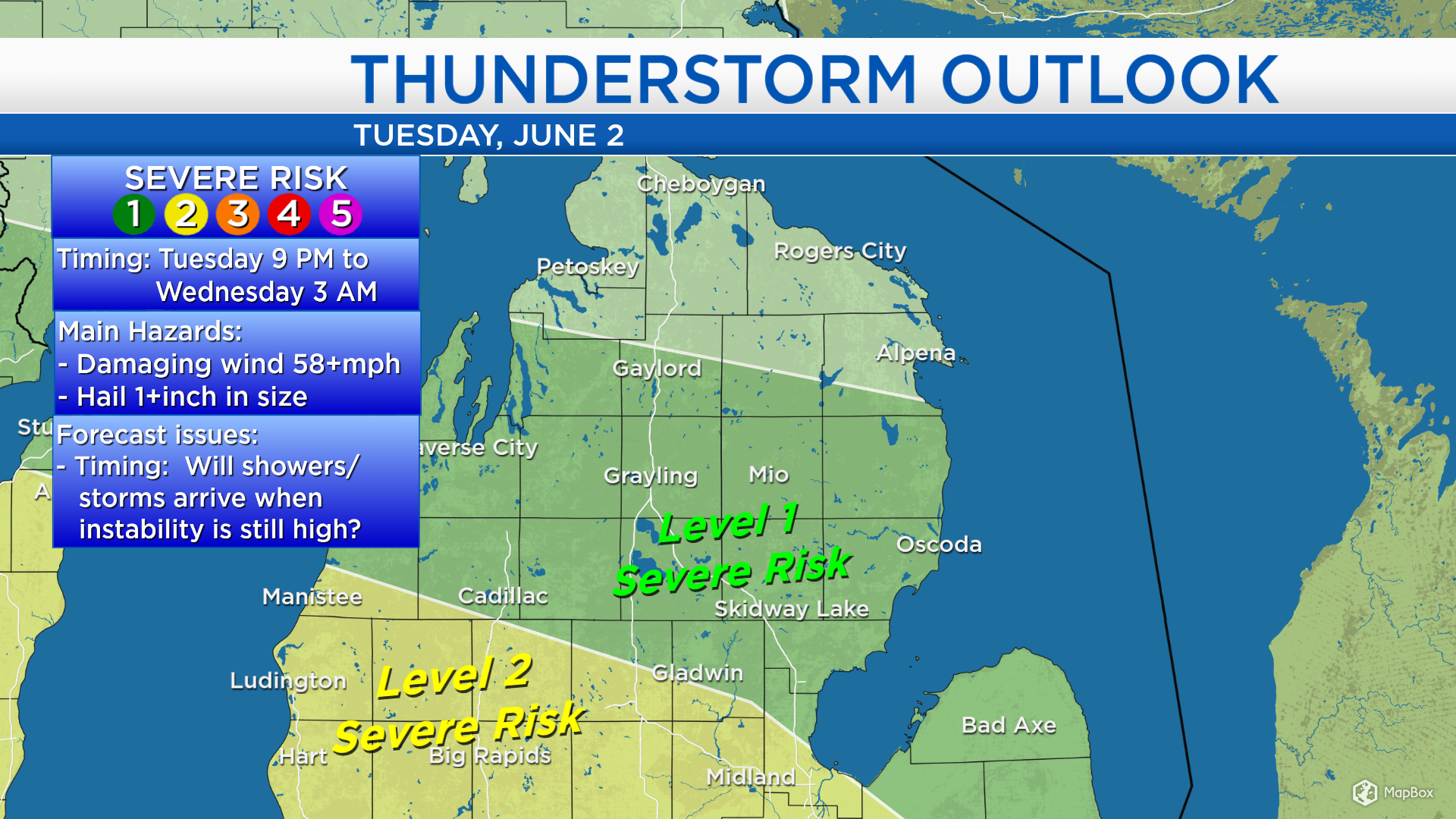 Tuesday afternoon, we will see breaks of sunshine and feel higher humidity with highs warming to the lower 80s. Showers are expected early Wednesday which should wrap up around midday. The rest of Wednesday is looking dry and highs will be in the upper 70s. Thursday, highs will be near 80 degrees with partly cloudy skies. For the rest of Northeast Michigan’s weather forecast, watch the latest weather video by clicking the weather tab at the top of the page. 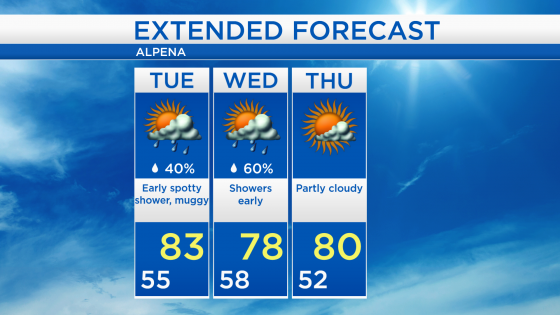 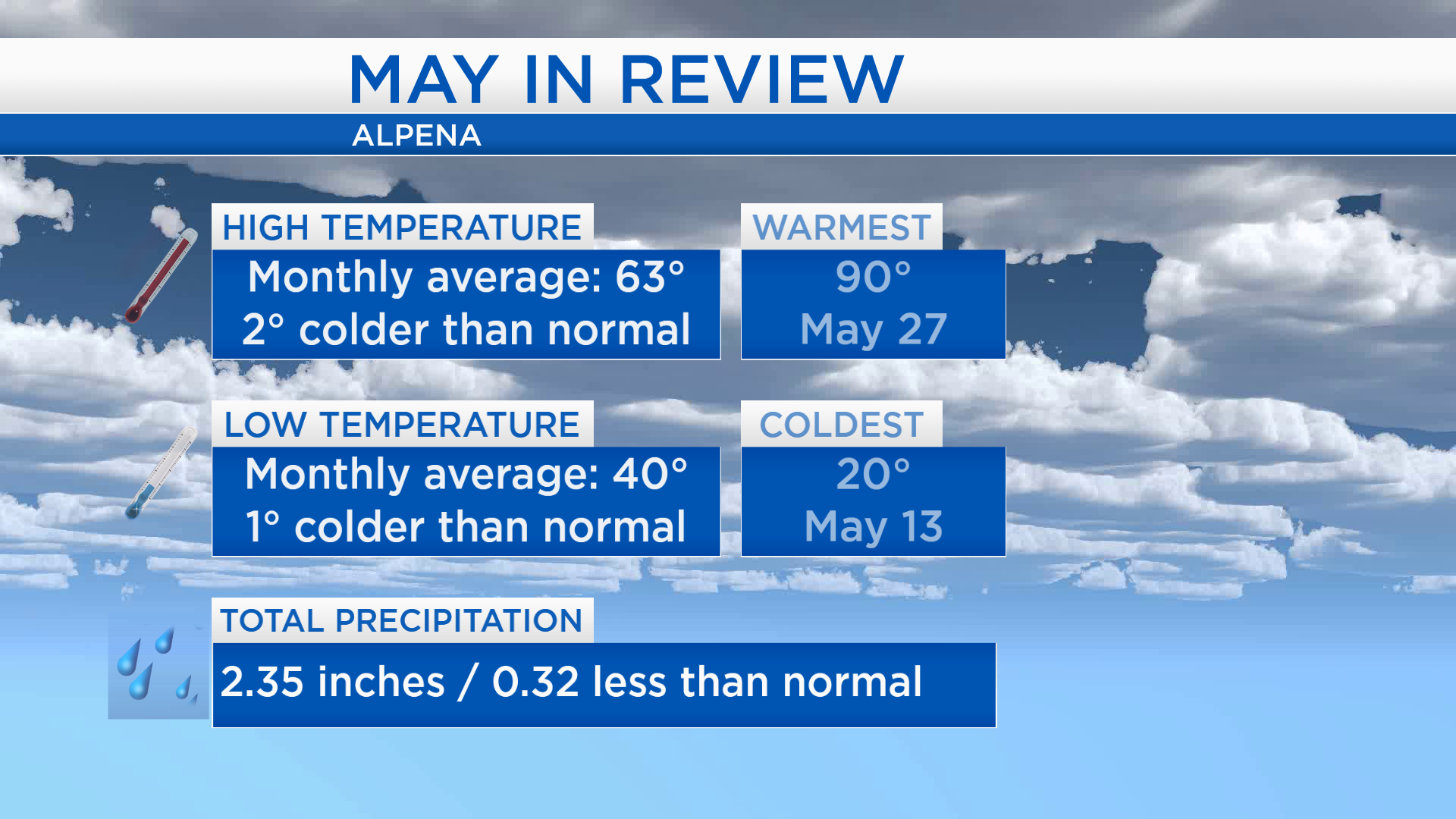