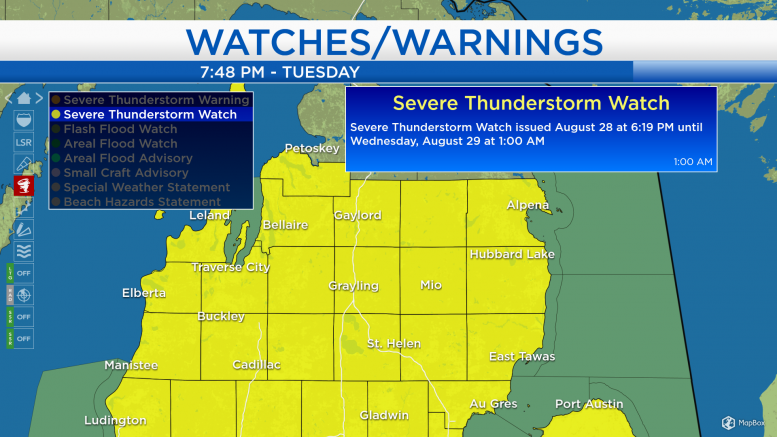 Severe thunderstorms are moving into the area, and contain damaging wind gusts and heavy downpours which could result in localized flooding. The greatest risk of severe weather will last until midnight. On Wednesday, showers will continue into the morning, then the skies will clear late in the day.

High temperatures in Alpena reached 81 degrees earlier this afternoon. The hottest and stickiest air in the country has moved to the southeast of us, where temperatures heated up to the 90s in Detroit, Pittsburgh and New York City. A much cooler air mass is moving in, shown by today’s highs close to 60 degrees in Duluth and Bismarck. 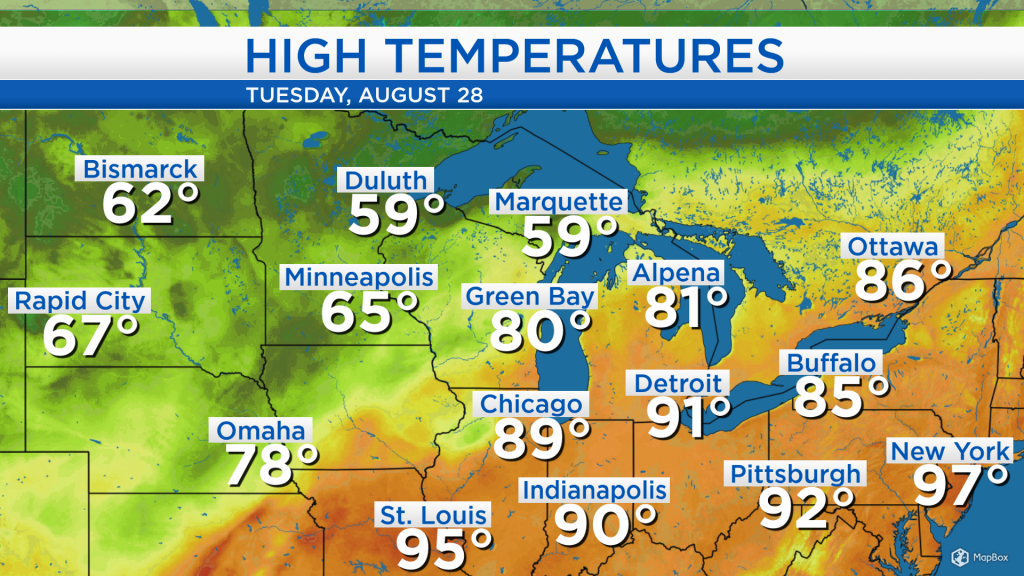 After the severe storms exit around midnight, periods of showers will continue through tomorrow morning with temperatures in the mid-60s. Mostly cloudy skies will last into the afternoon as highs reach only 70 degrees. The cloud cover will begin to thin out tomorrow evening. 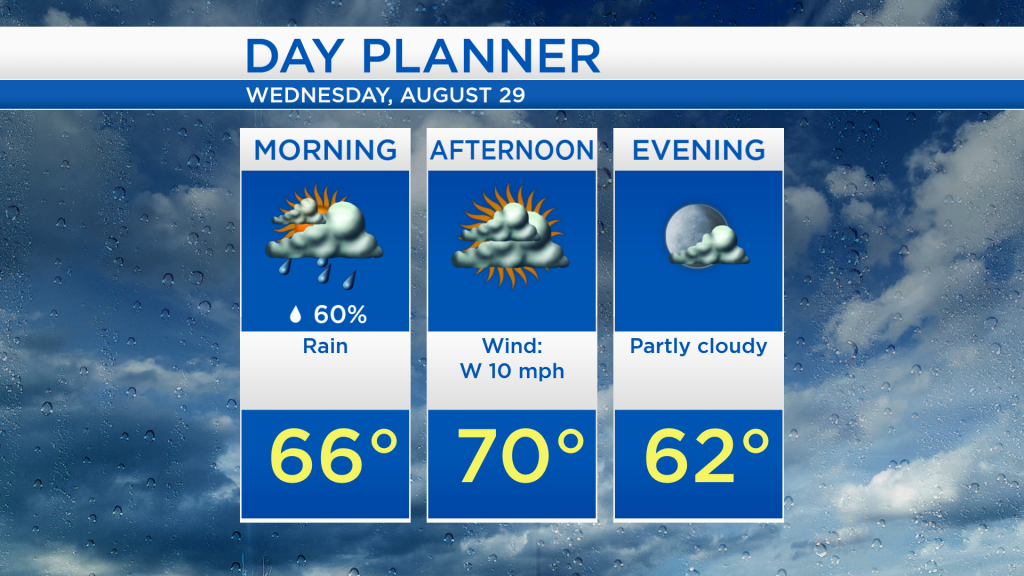 After some morning showers, mostly cloudy skies and cooler temperatures are expected tomorrow afternoon. The cool temperatures will persist on Thursday with partly cloudy skies and high temperatures near 70 degrees. Warmer temperatures and mostly sunny skies are on the way for Friday. Looking ahead to the upcoming weekend, a chance of scattered thunderstorms will move in on Saturday, and clear out of the area by Saturday night. For the rest of Northeast Michigan’s weather forecast, watch the latest weather video by clicking the weather tab at the top of the page. 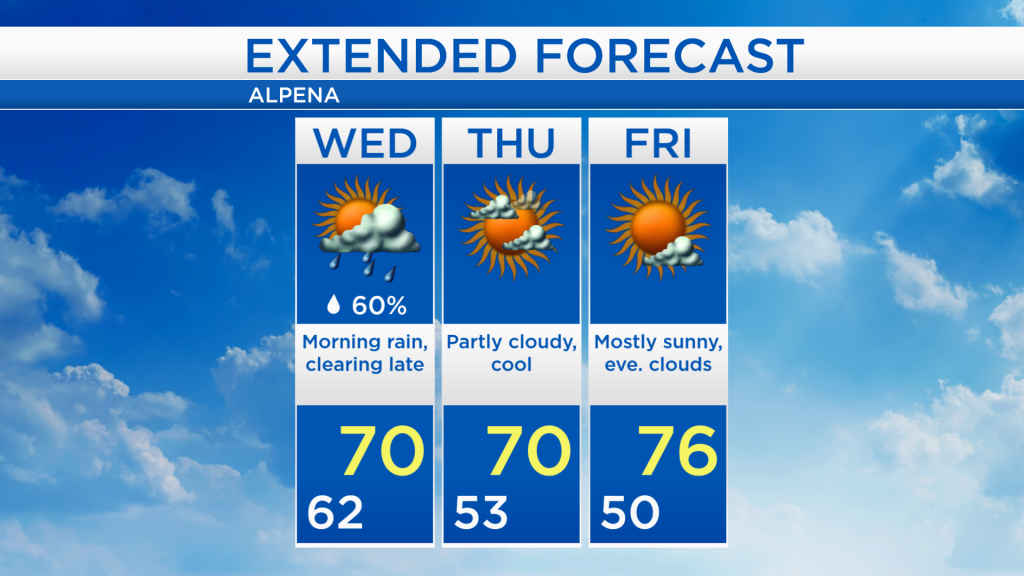