High temperatures today heated up to 90 degrees in Alpena, 95 degrees in Saginaw and 88 degrees in Houghton. It will remain very warm throughout the Fourth of July weekend. Beyond that, a few days with highs in the lower 90s are forecast throughout next week. 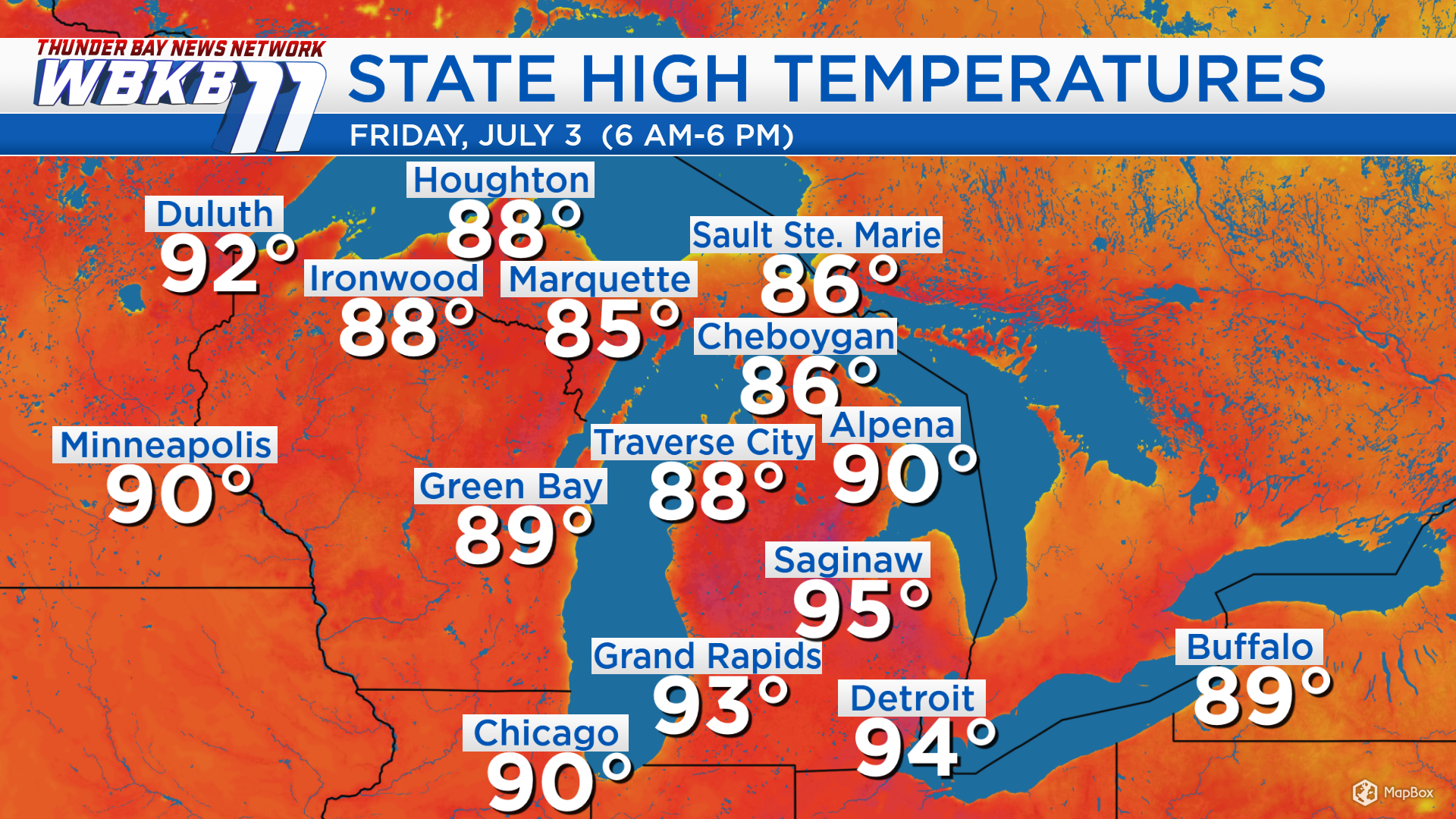 For the Fourth of July, high temperatures will reach 88 degrees in Alpena, 92 degrees in Mio and 83 degrees in Harrisville. A light breeze from the east will keep temperatures slightly cooler at the Lake Huron shoreline. Mostly sunny skies will last all day. 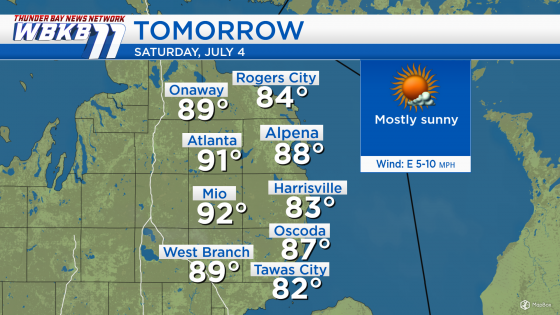 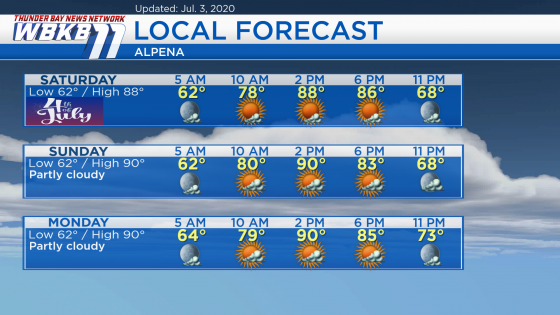