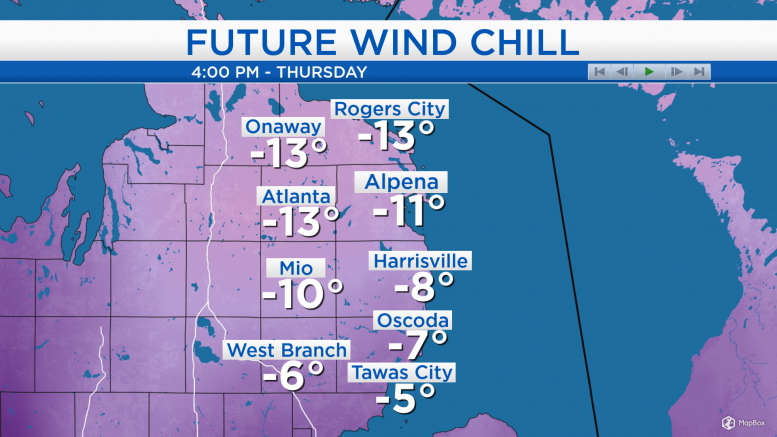 High temperatures today reached 39 degrees in Alpena. Some early sunshine and winds from the south helped bring warm temperatures. A cold front is moving in tonight. Duluth, Minn. had a high of 25 degrees and it was even colder in North Dakota. 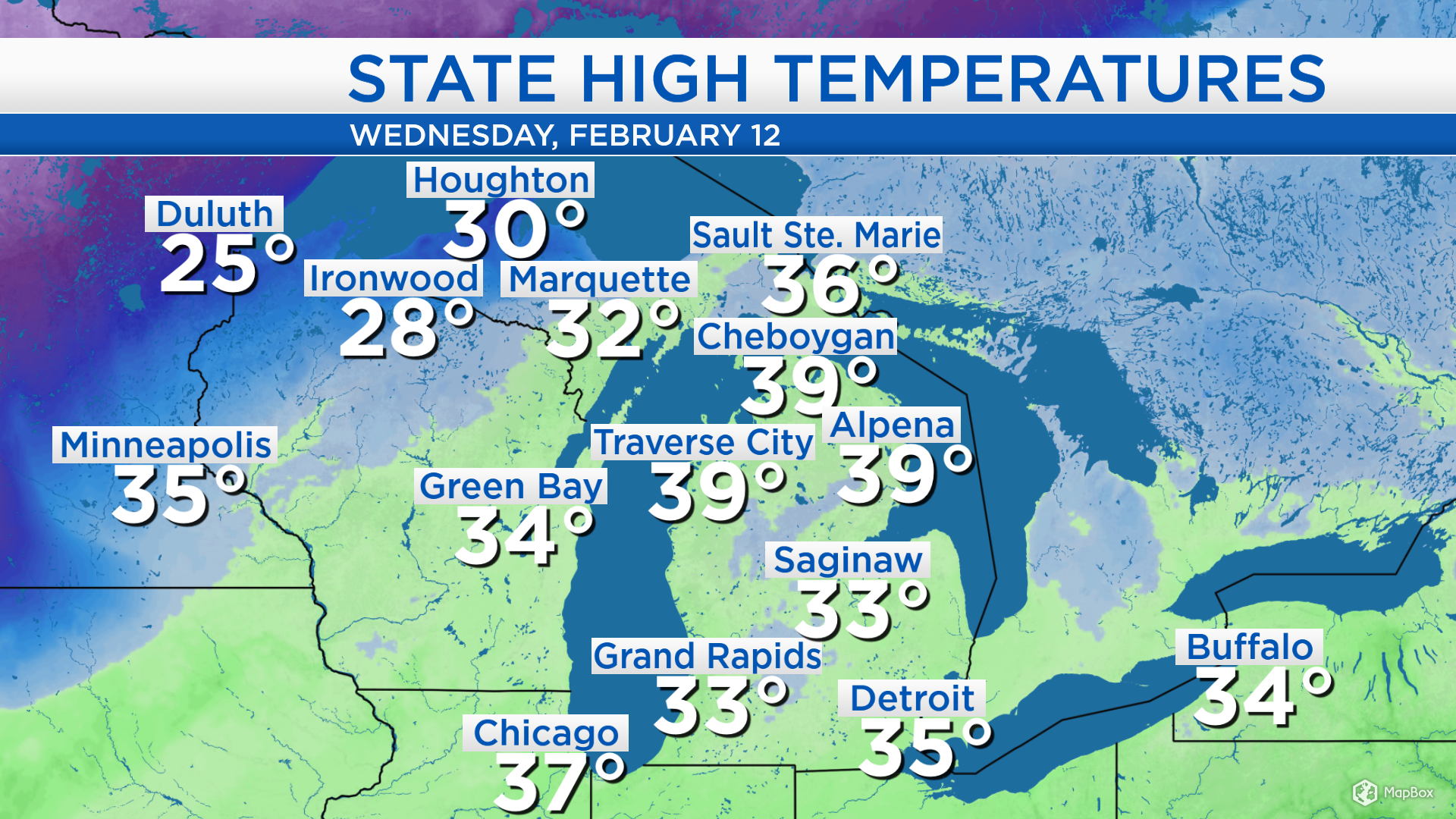 The incoming cold front will continue moving toward the southeast. Snow will be likely tonight and early Thursday. A few scattered flurries are possible Thursday afternoon. But the big deal will be dropping temperatures, even in the afternoon. 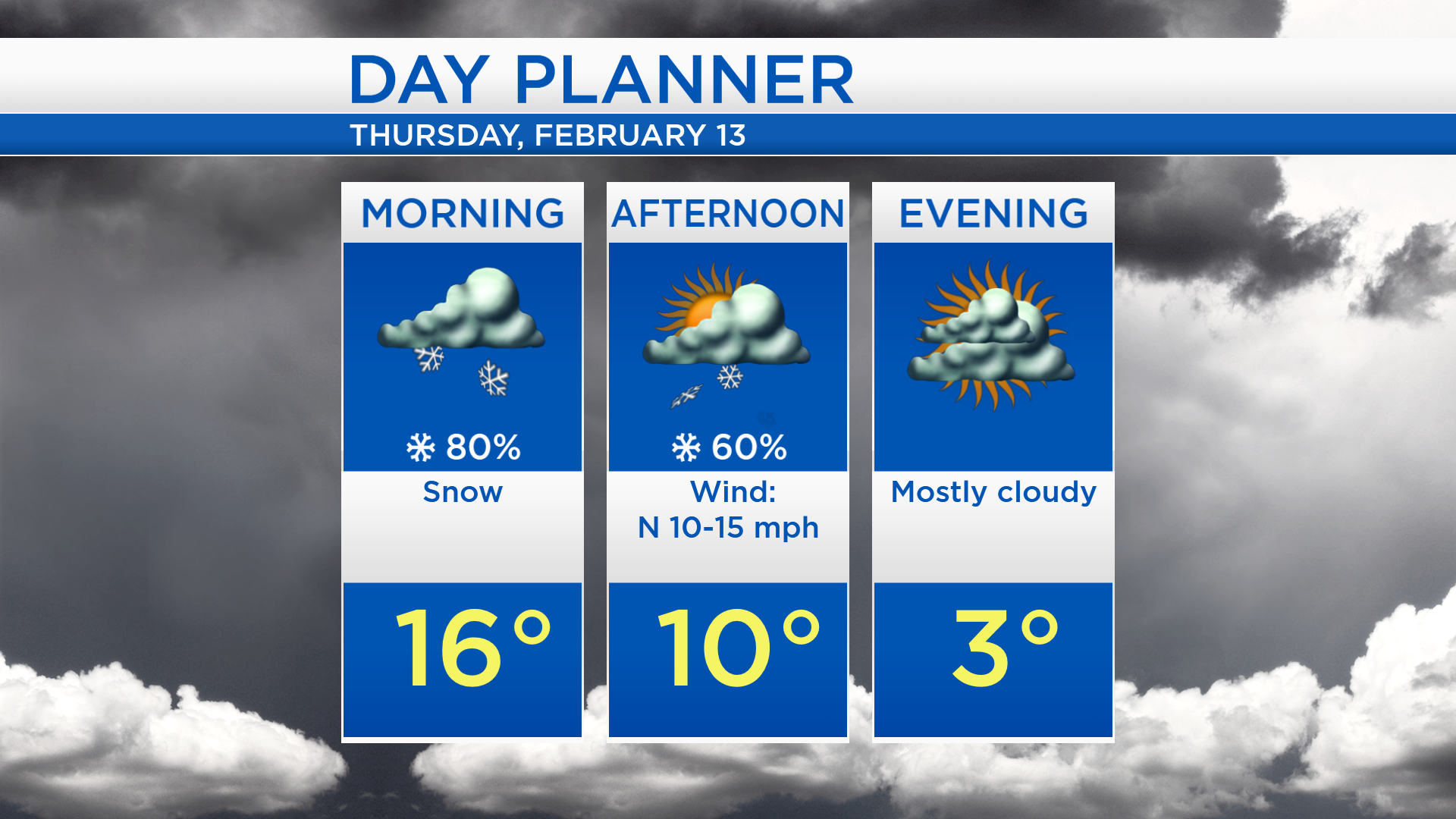 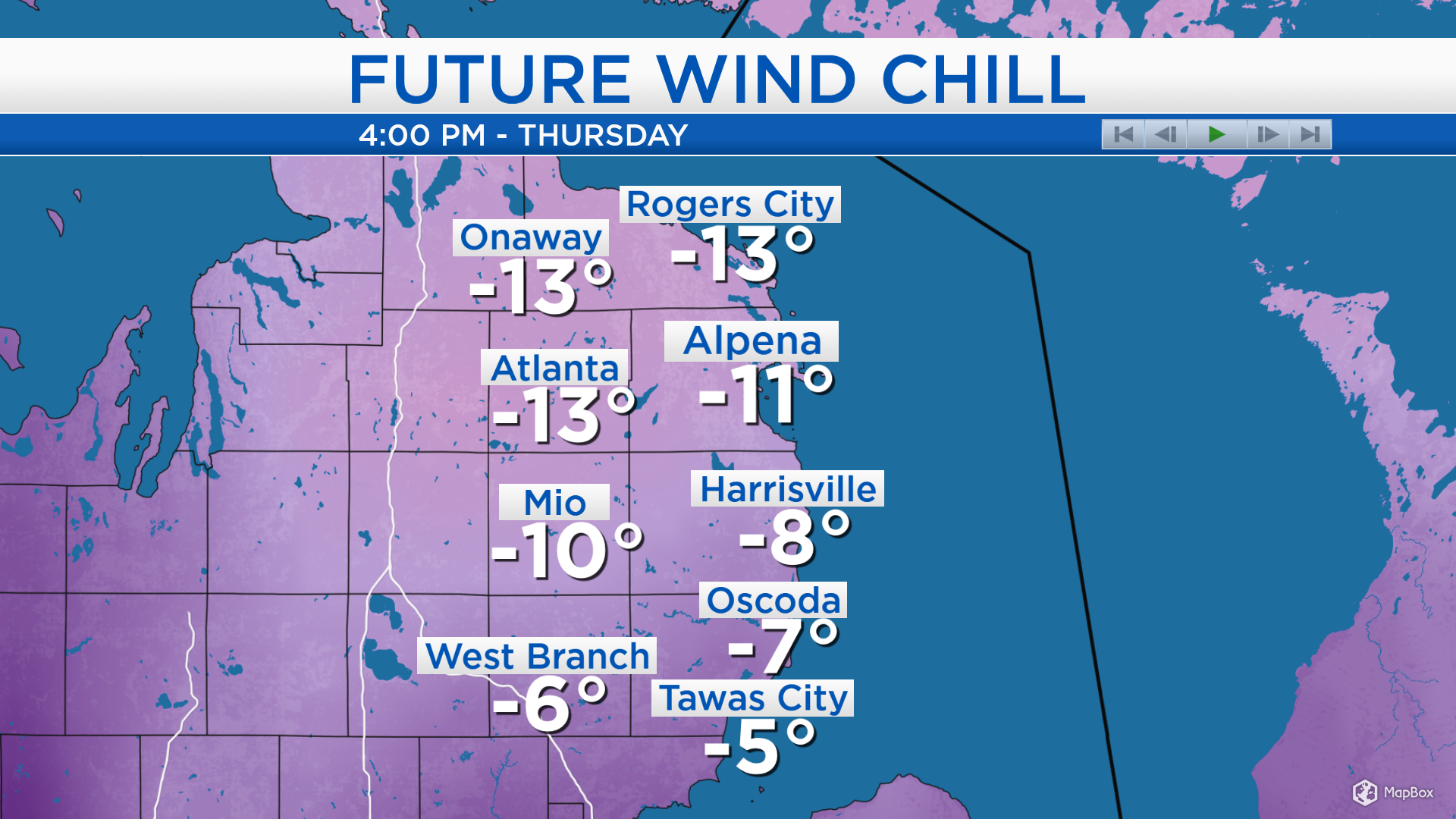 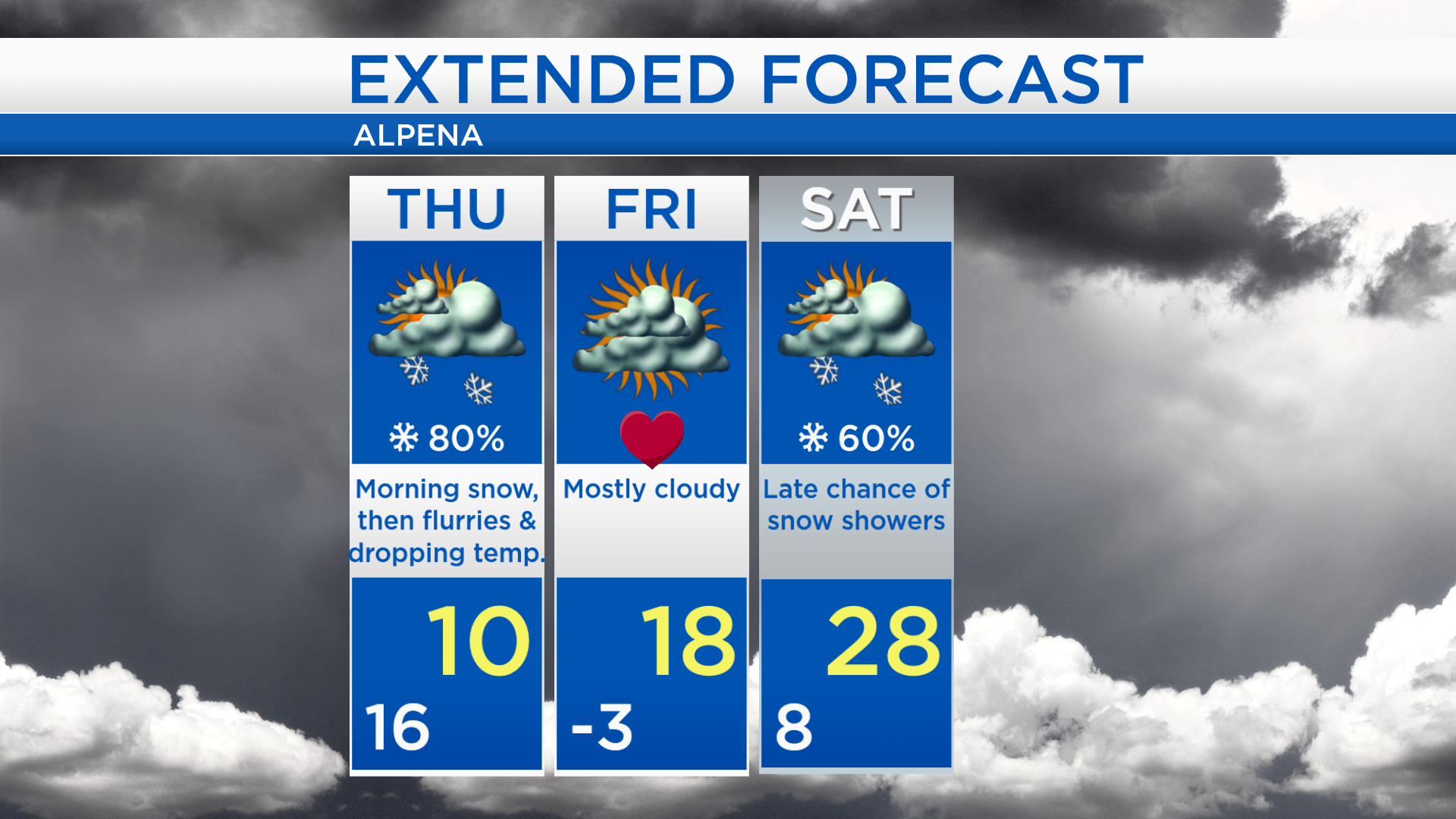