High temperatures today were in the upper 20s for most of Northern Michigan, several degrees cooler than yesterday. Temperatures got up to highs of 28 degrees in Alpena, 29 degrees in Traverse City, Michigan 27 degrees in Cheboygan, Michigan. Warmer air is sitting off to our west but almost stagnant, the high got up to 46 degrees in Minneapolis, and temperatures were even warmer farther west. 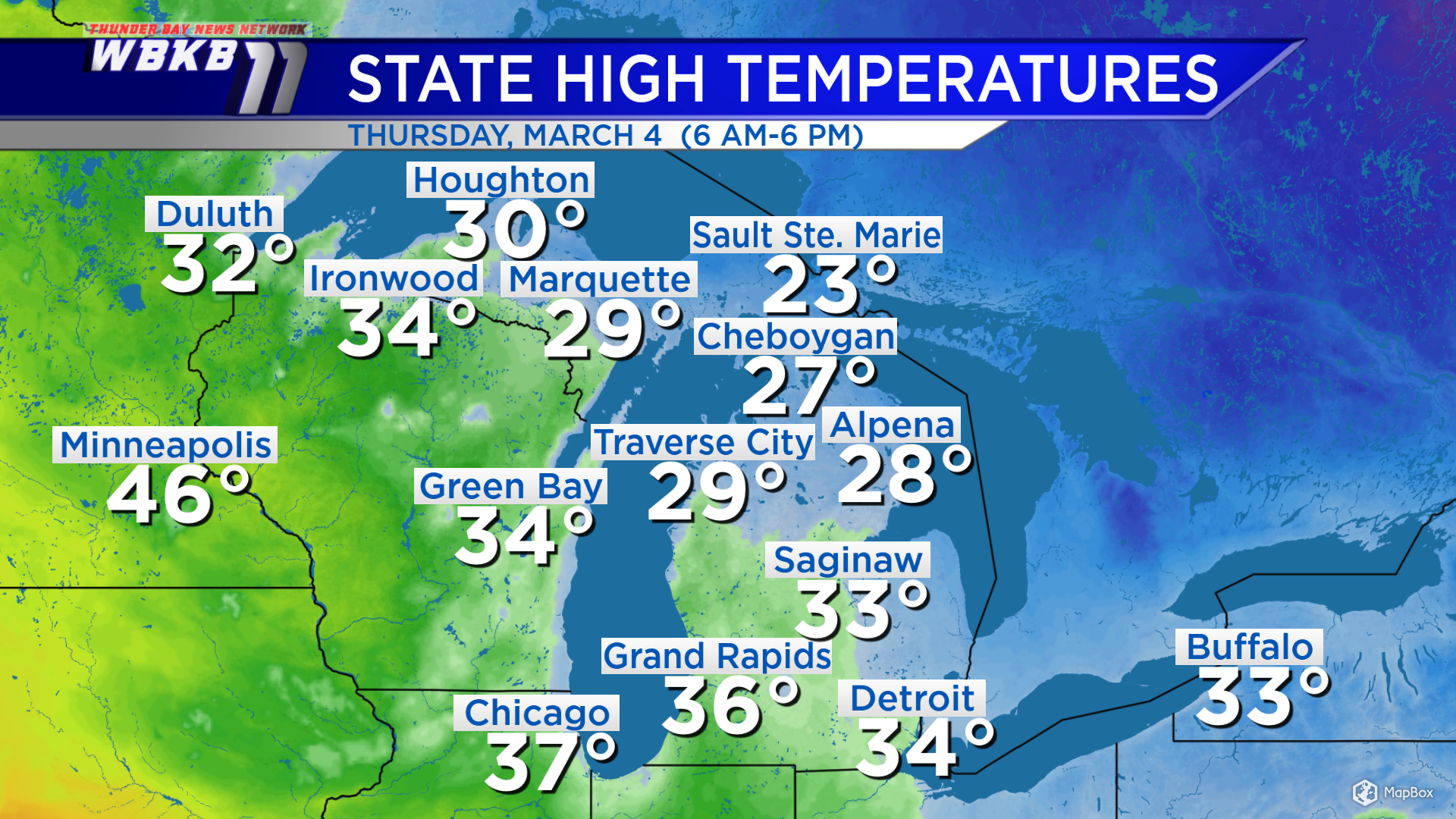 A high pressure system over the western part of Lake Superior is bringing mainly clear skies to our area. It’s also circulating a breeze out of the northwest, supplying cool temperatures. A stationary boundary to our west divides the cool temperatures over the Great Lakes region from the warmer air mass out over the Plains. It’ll take a few days, but significantly warmer temperatures will move into Northeast Michigan after the weekend. 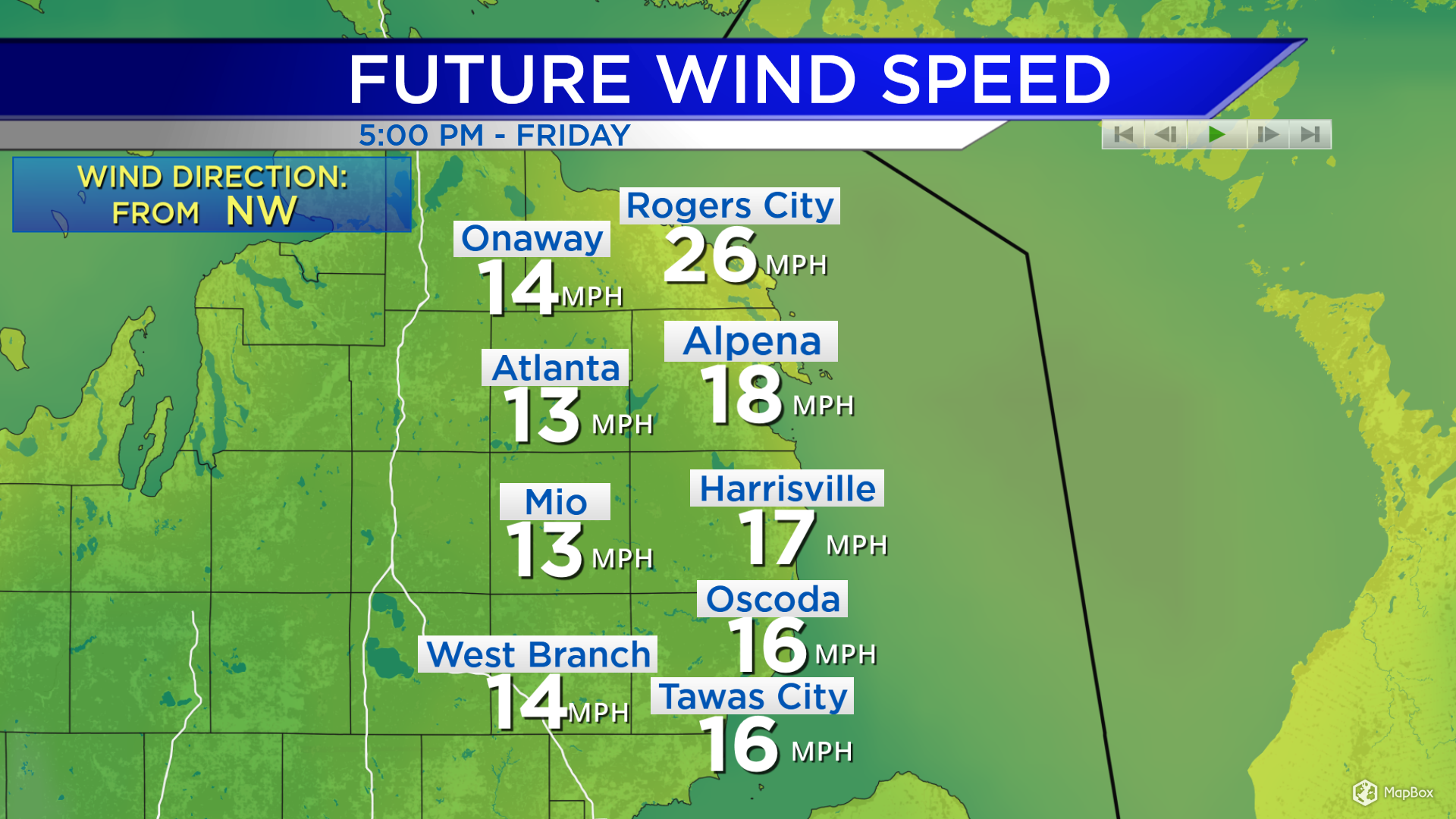 Daily highs will be close to normal for this time of year through the weekend. Temperatures will reach the middle 30s Friday afternoon, near 30 degrees Saturday, and middle 30s on Sunday. Temperatures will warm up significantly beginning on Monday, getting close to the 50 degree mark, and similar on Tuesday. 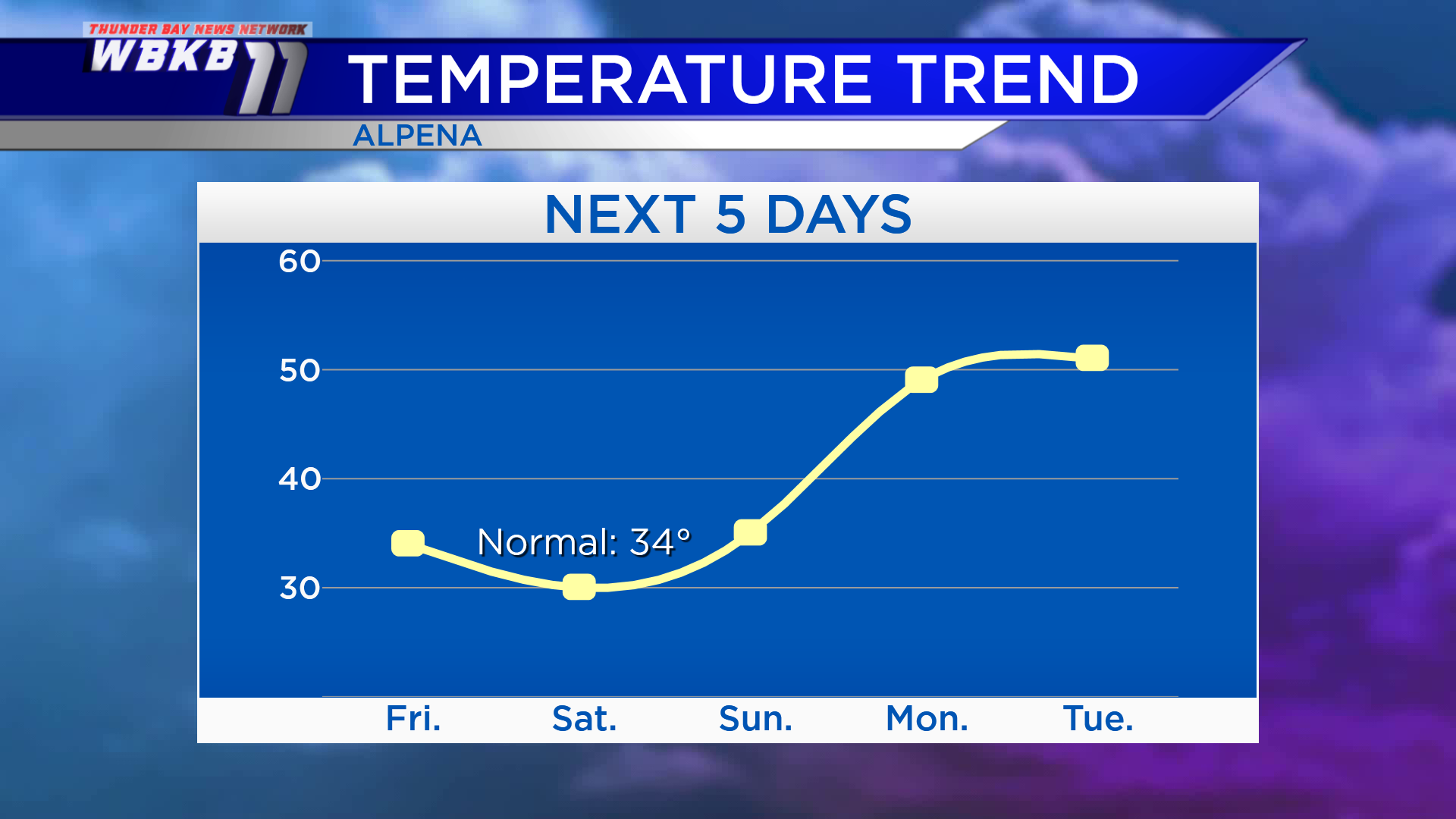 Saturday: Mostly sunny, slightly cool. Predawn lows will be close to 13 degrees. Afternoon highs will be about 30 degrees. Evening temperatures will cool from the lower 20s to the upper teens. 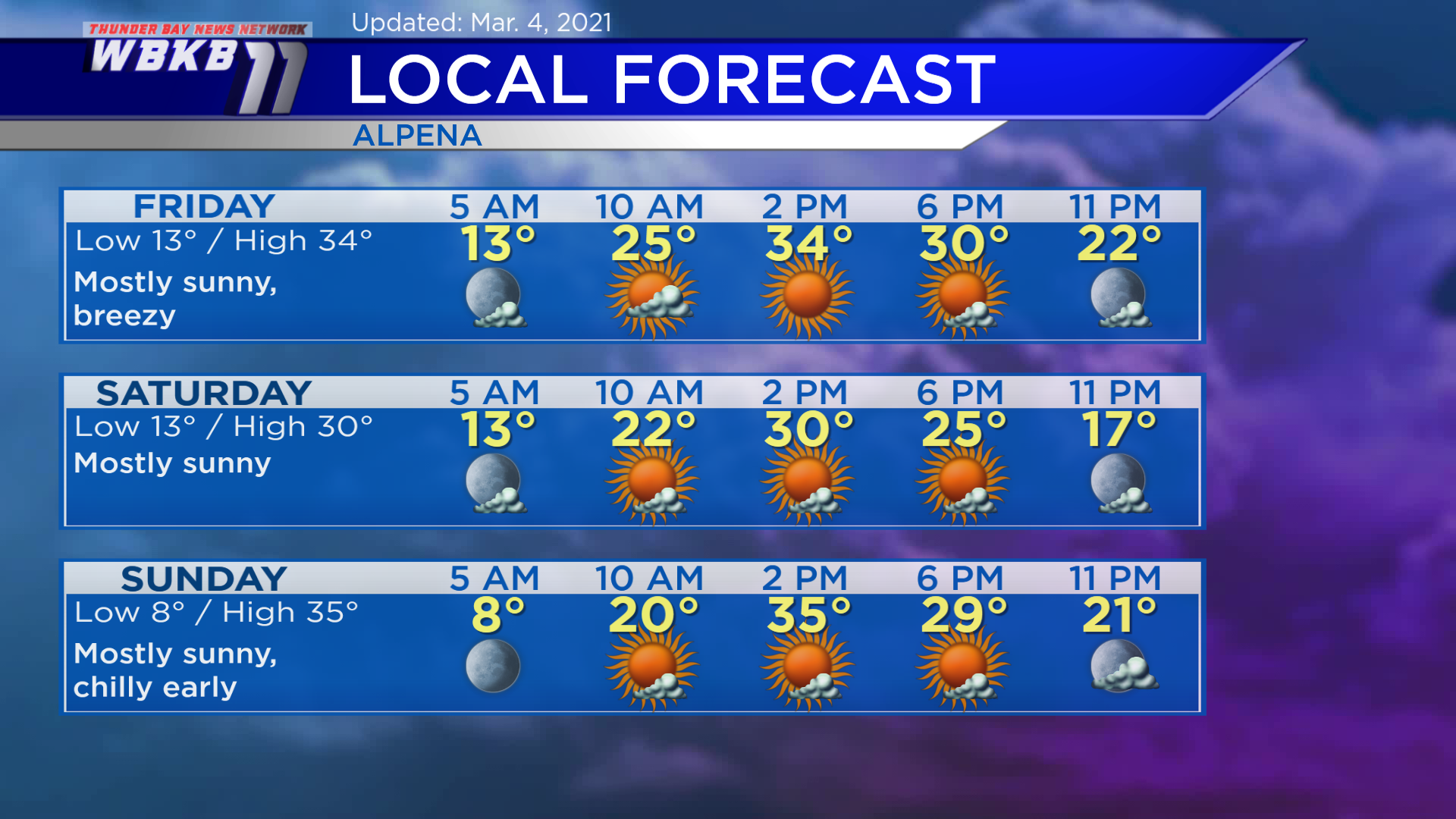