In a hot, humid and unstable air mass, scattered thunderstorms have erupted over Northern Michigan. Some have been quite strong including localized hail and heavy downpours. The cold front which is currently over Northern Wisconsin, southern Minneseota and central Iowa will bring more widespread showers and thunderstorms to our area tomorrow.

Prior to rain showers developing this afternoon, high temperatures soared to 96 degrees in Alpena, 95 in Saginaw and 94 in Traverse City. Following Friday’s cold front, winds will become out of the north this weekend and that will bring in cooler temperatures. Notice today’s highs were “only” 80 degrees in Ironwood and Duluth, a sign of the air mass on the way to Northern Michigan this weekend. 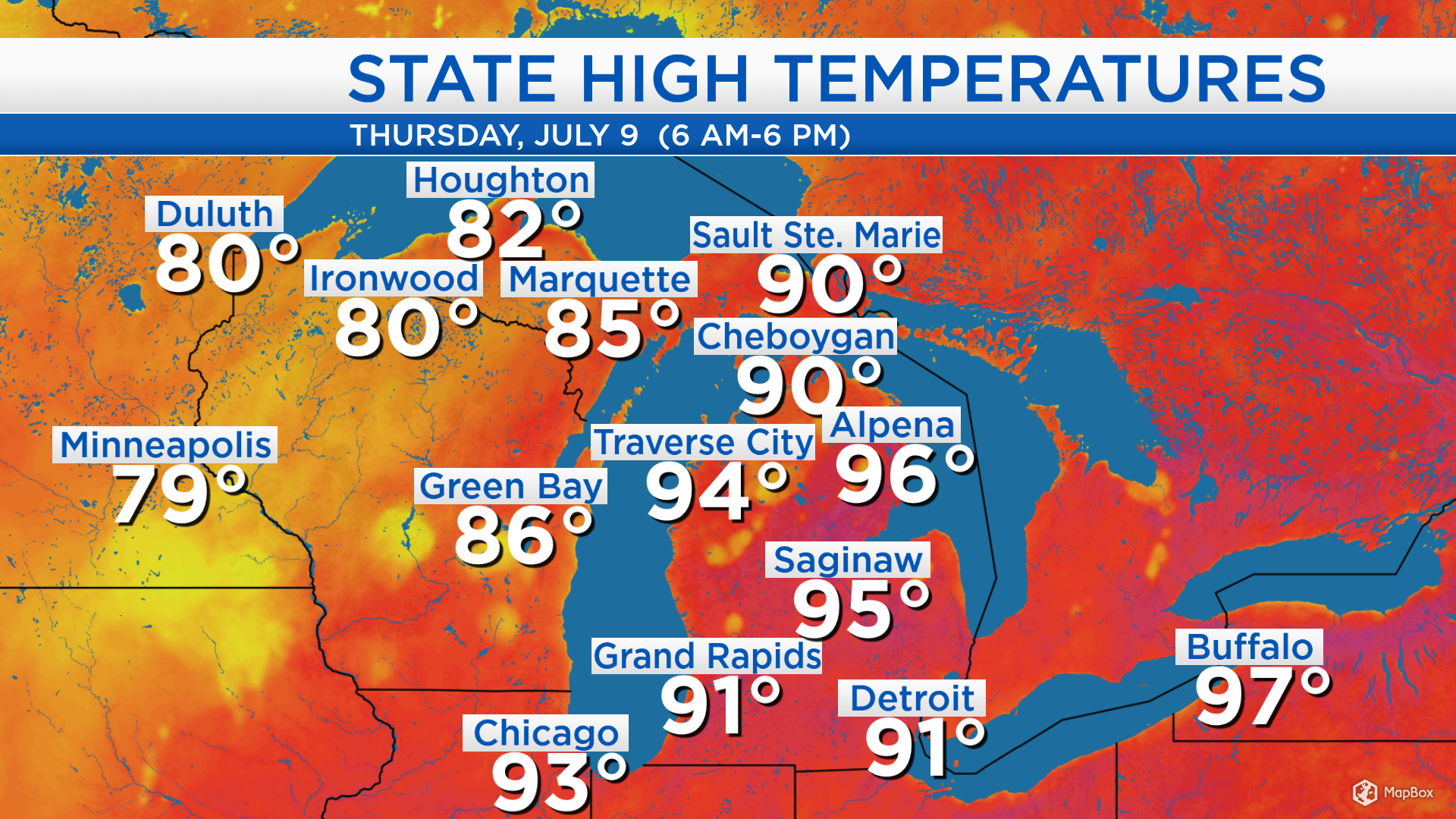 The chance of rain will be very high Friday. Most places will likely get 0.5-1 inch of rainfall, although there could be some localized spots that end up with more than 1 inch. The chance of showers will begin to lessen Friday night. Saturday will be dry with partly cloudy skies. There’s a somewhat low chance of showers midday Sunday, but any showers that form will likely be brief and most of Sunday will probably be dry. 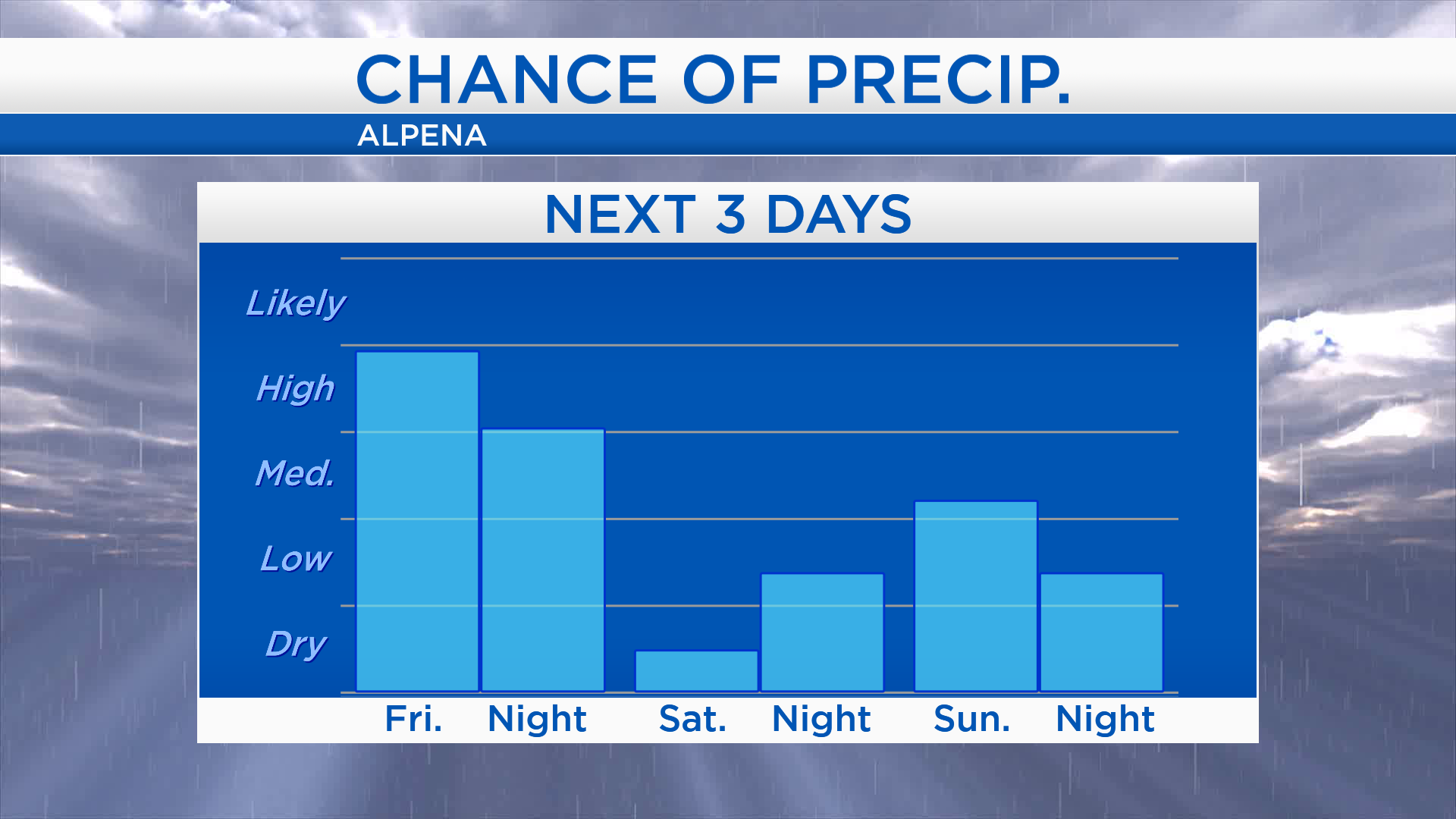 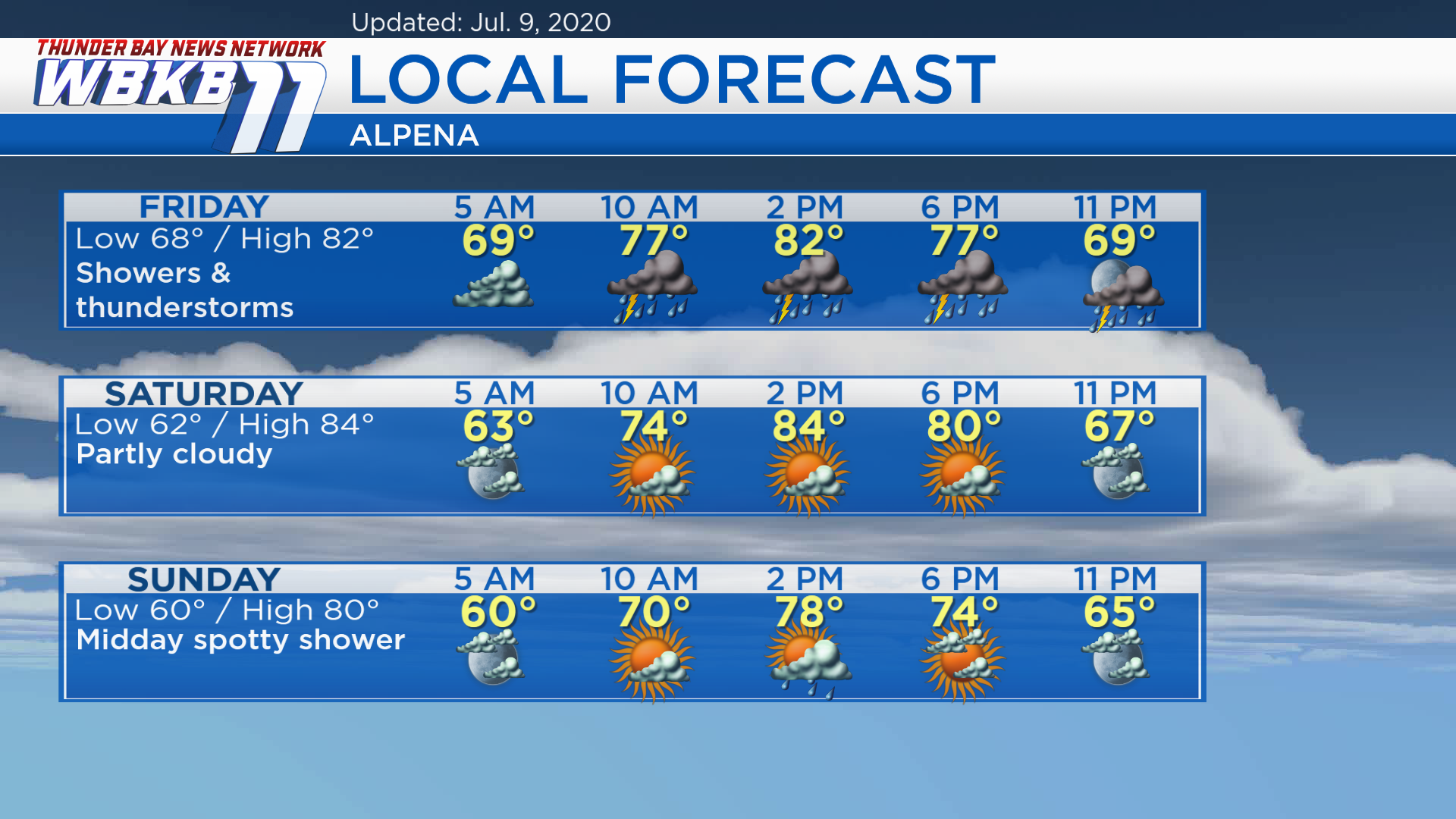