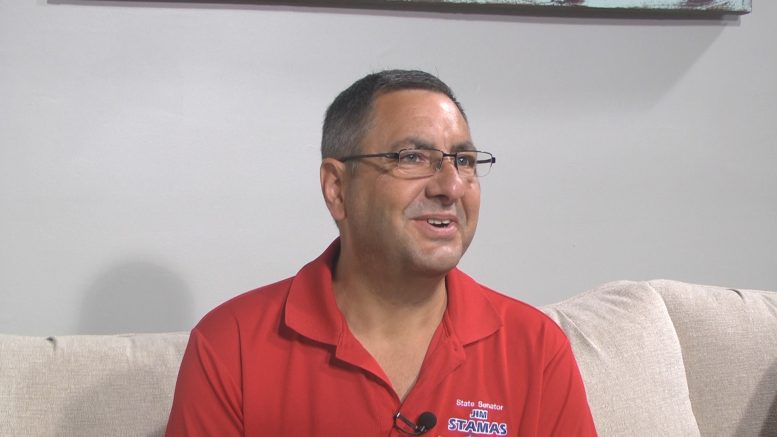 State Senator Jim Stamas announced he was running for re-election on Monday.

Alpena — State Senator Jim Stamas has officially announced a run for re-election to continue representing the 36th district of Michigan.

The Republican from Midland will take on Democrat Joe Weir in November. The two went unopposed in the August primary. Stamas has been serving as State Senator since 2014. Before 2014, he worked as a State Representative for the 98th District. Stamas also worked as County Commissioner. This will be the last election and opportunity to serve as a State Senator for Stamas.

“The opportunity  over the last four years to serve the 36th district has been an amazing privilege and honor,” said Stamas. “As I look at where we’re at and getting to know the district so much more, it’s been amazing.”

The election will take place on November 6.

Schuette stops by Alpena in final days before midterms