High temperatures today reached the lower 90s throughout much of Lower Michigan. Light winds out of the south will bring even hotter temperatures Thursday. Highs are expected to get up to the middle 90s for most of Northeast Michigan. 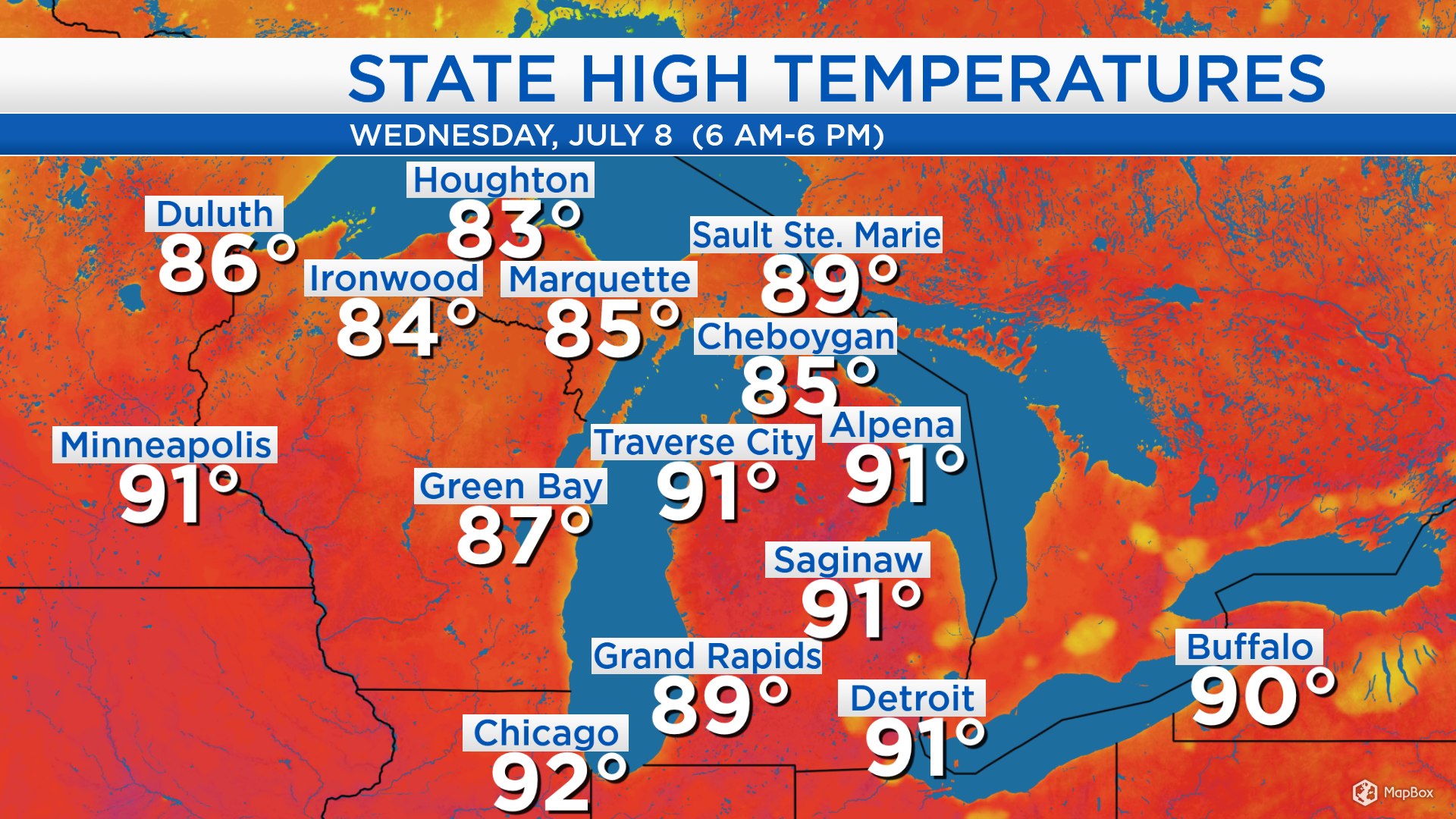 With tomorrow’s forecast high in the 90s — that will make it the first time in about 19 years that 90s have been reached for five days in a row. Sunday through Wednesday, high temperatures at 90 or into the 90s were observed at Alpena airport. Thursday’s forecast is in the 90s as well. The last time high temperatures reached 90 or higher for five consecutive days happened in August 2001. 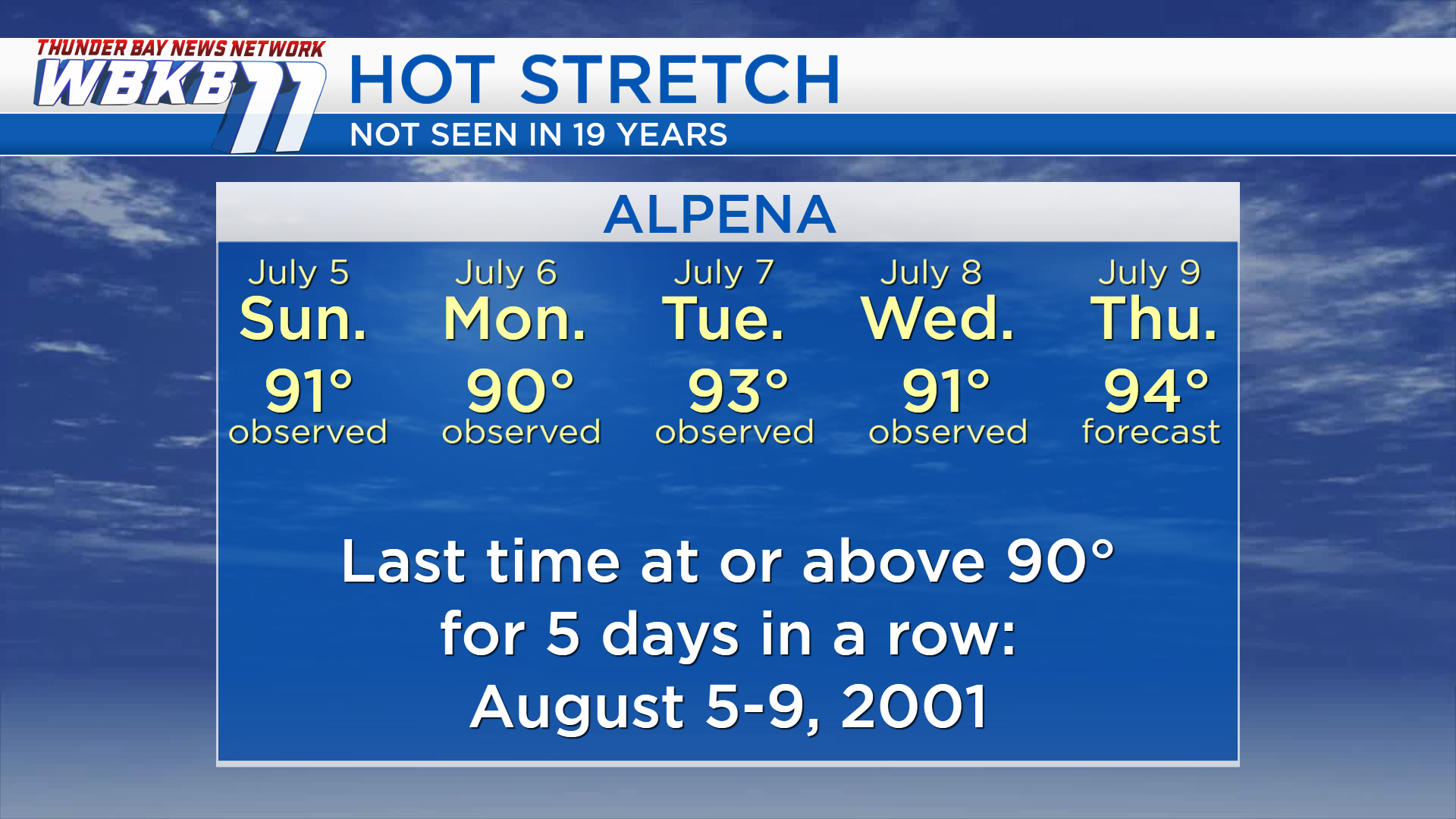 Dew points will rise to to the lower 70s Thursday and Friday making the air mass feel uncomfortable and very sticky. After the cold front moves through our area Friday, dew points will gradually become lower over the weekend so it will not feel as muggy on Sunday. 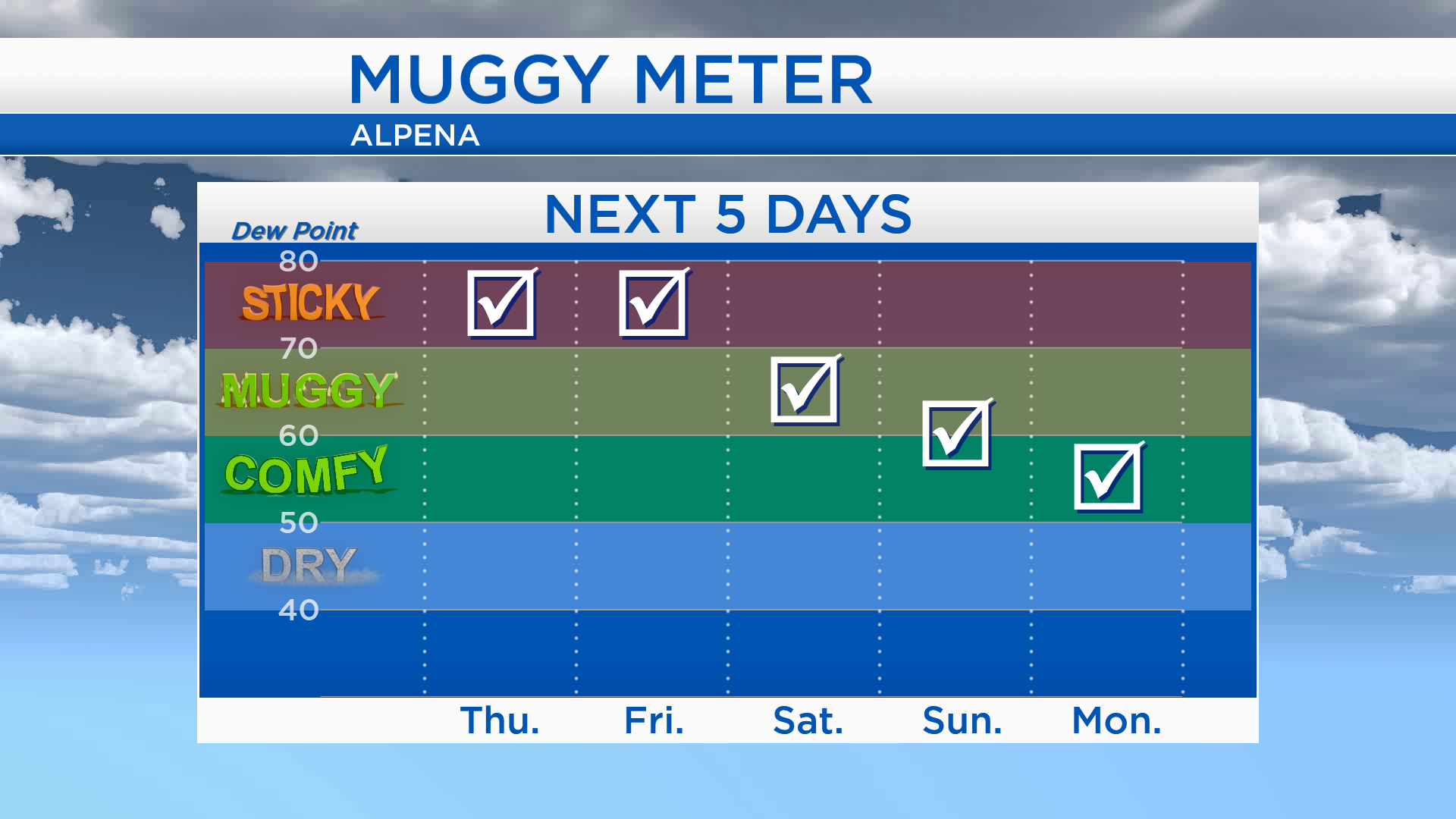 Friday: Showers and a risk of thunderstorms, the greatest chances will be from late-morning until mid-evening. Predawn lows will be in the upper 60s. Afternoon highs will reach the middle 80s. Early-evening temperatures will be in the middle/upper 70s. 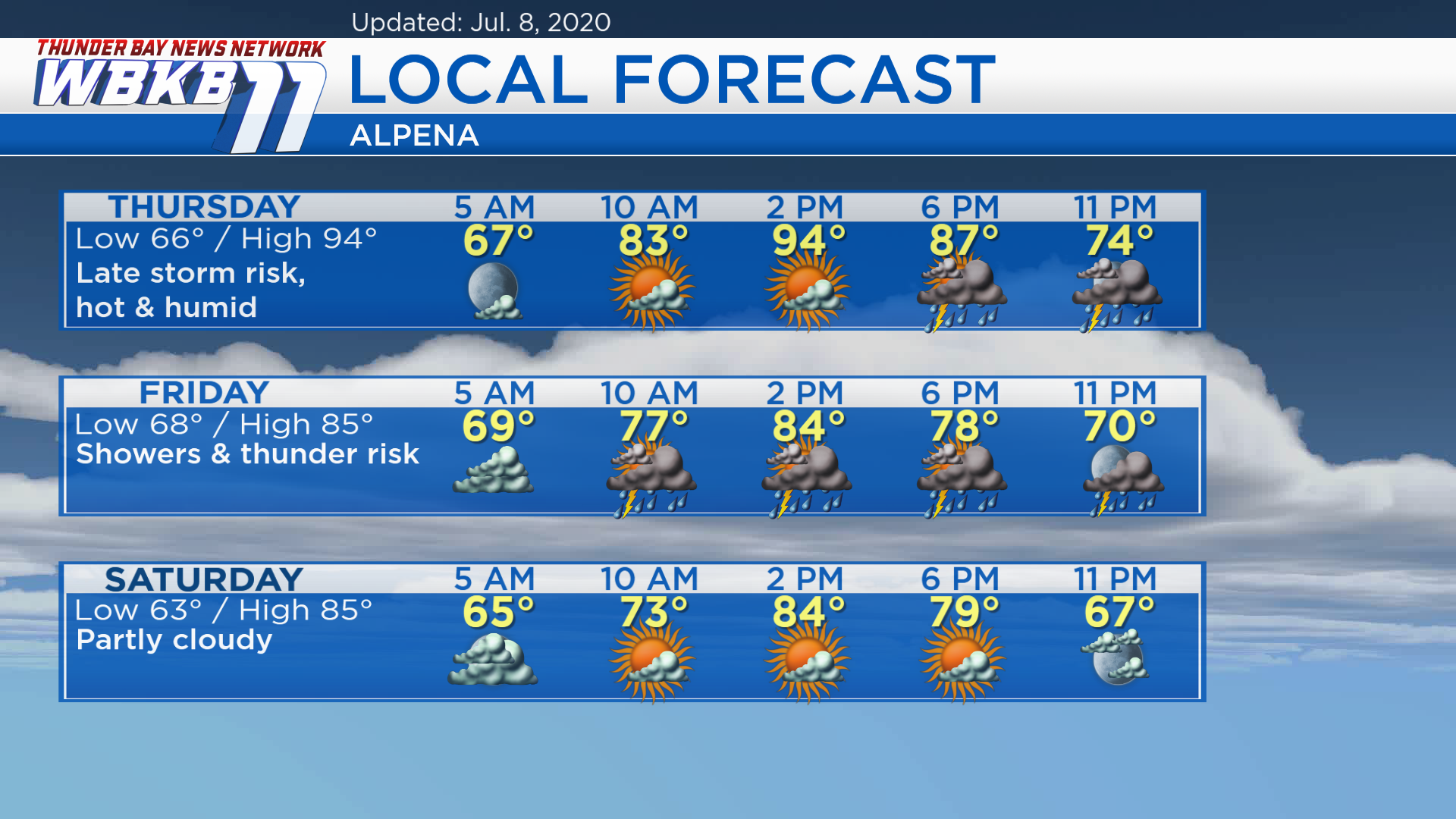