A weak disturbance is providing some snow showers or mixed precipitation over parts of Wisconsin, Minnesota and the Upper Peninsula. That disturbance is heading eastward and will move into Northeast Michigan late tonight. A few snow showers are expected overnight to early Tuesday with minimal amounts. The next storm system, currently giving snow and rain to the northwestern U.S., will travel eastward. That next system will arrive in Northeast Michigan predawn Wednesday.

Chances of snow over the next few days: 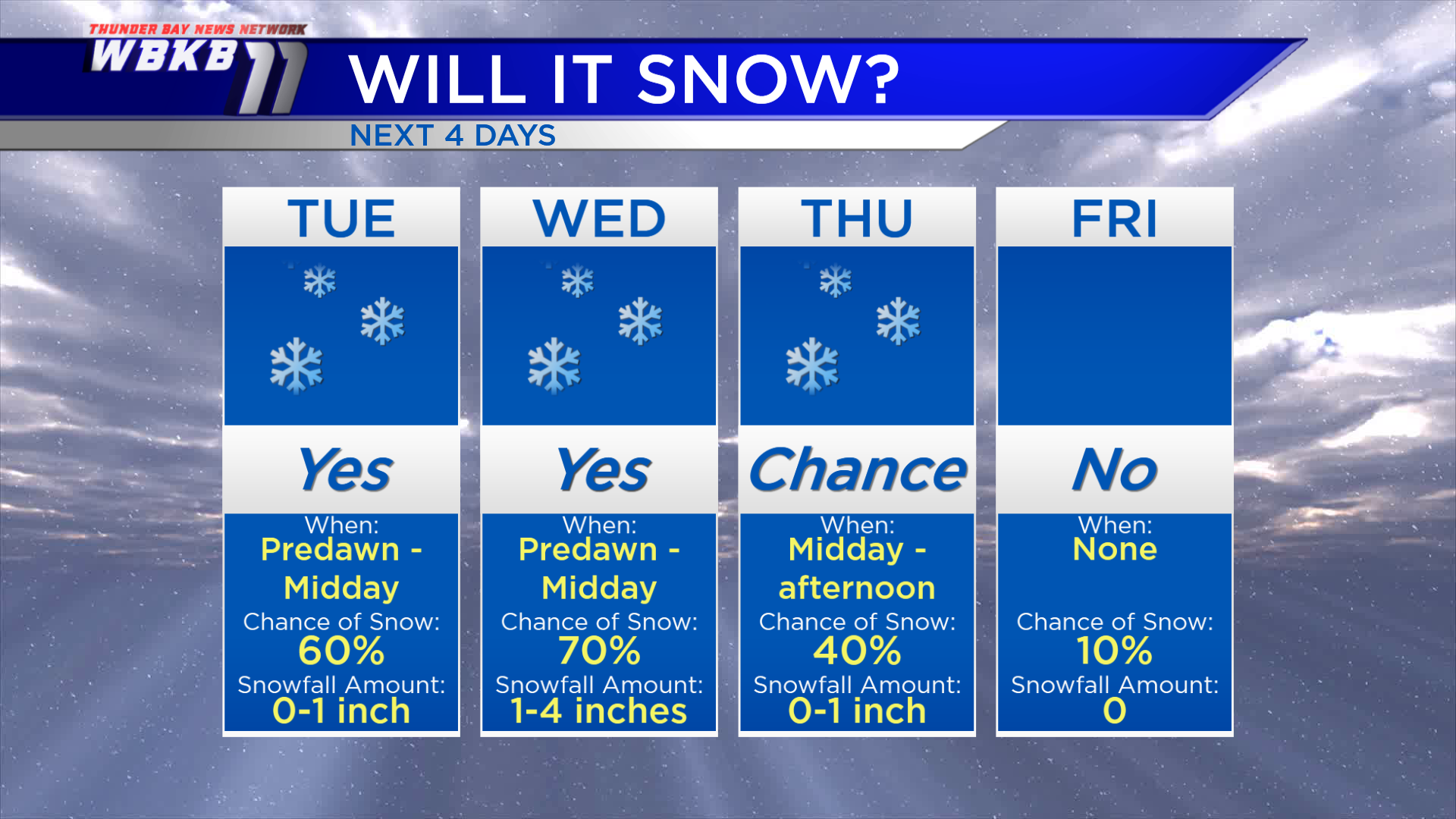 Thursday: A colder morning, a few flurries are possible midday-afternoon. Temperatures will drop to the lower/middle teens predawn. Afternoon highs will be near 30 degrees. Evening temperatures will head into the middle/lower 20s. 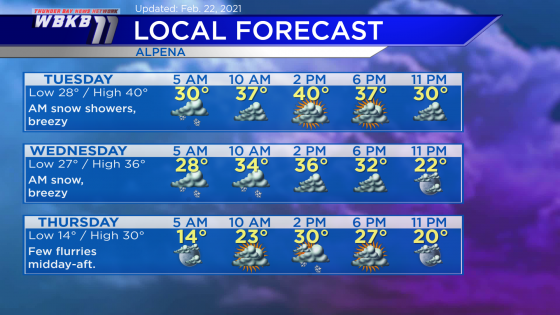