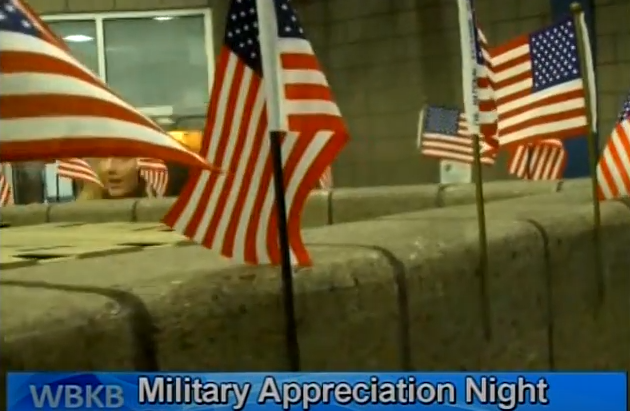 A retired Alpena Police Department k9, max was the special guest as the ceremonial puck dropped at 7 p.m.

Alpena Area Chamber of Commerce President, Jackie Krawzak said the event helps maintain the military base in the area and to support the local active and retired military.

“From the chambers perspective we are very interested in keeping the base here, the CRTC open and active and so we do what we can to show our support for them. We also have a support and a special place for our military men and women that serve us. So those two things combined is why we host events like this,” Krawzak said.

Admission was free for active and retired military and their families. The men and women who serve and have served were also honored as they stood before the crowd.

Supporters and hockey lovers wore camo and patriotic colors in support. Prizes were also given out throughout the night.