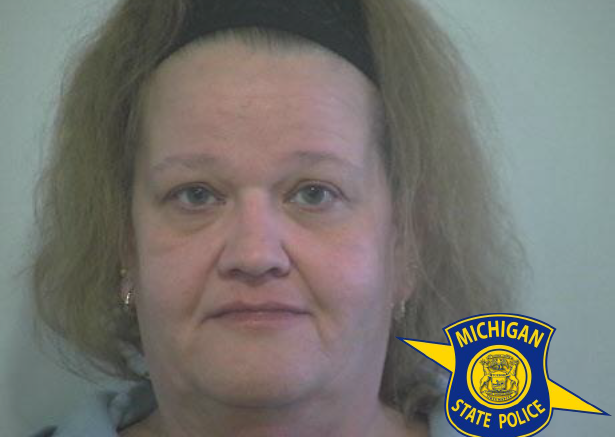 (Photo Courtesy/Michigan State Police) 48-year-old Kimberly Schultz was arrest for one count of assault with a dangerous weapon.

Alpena — Back in October, Michigan State Police’s Alpena Post received a complaint about 14 year old juvenile fleeing his mother to a friend’s house
in the complaint it noted that the juvenile’s mother had threatened the child with a hammer.

That complaint started an investigation where additional evidence was collected and a warrant was issued for 48–year–old Kimberly Schultz of River Rouge.

Schultz turned herself in earlier this month and was charged with one count of assault with a dangerous weapon.
She was arraigned yesterday in the 88th district court and posted a $15,000 bond/10%.

The juvenile was placed in a safe home while the case was being investigated to ensure safety.

Family one step closer to finding ‘Justice for Asher’