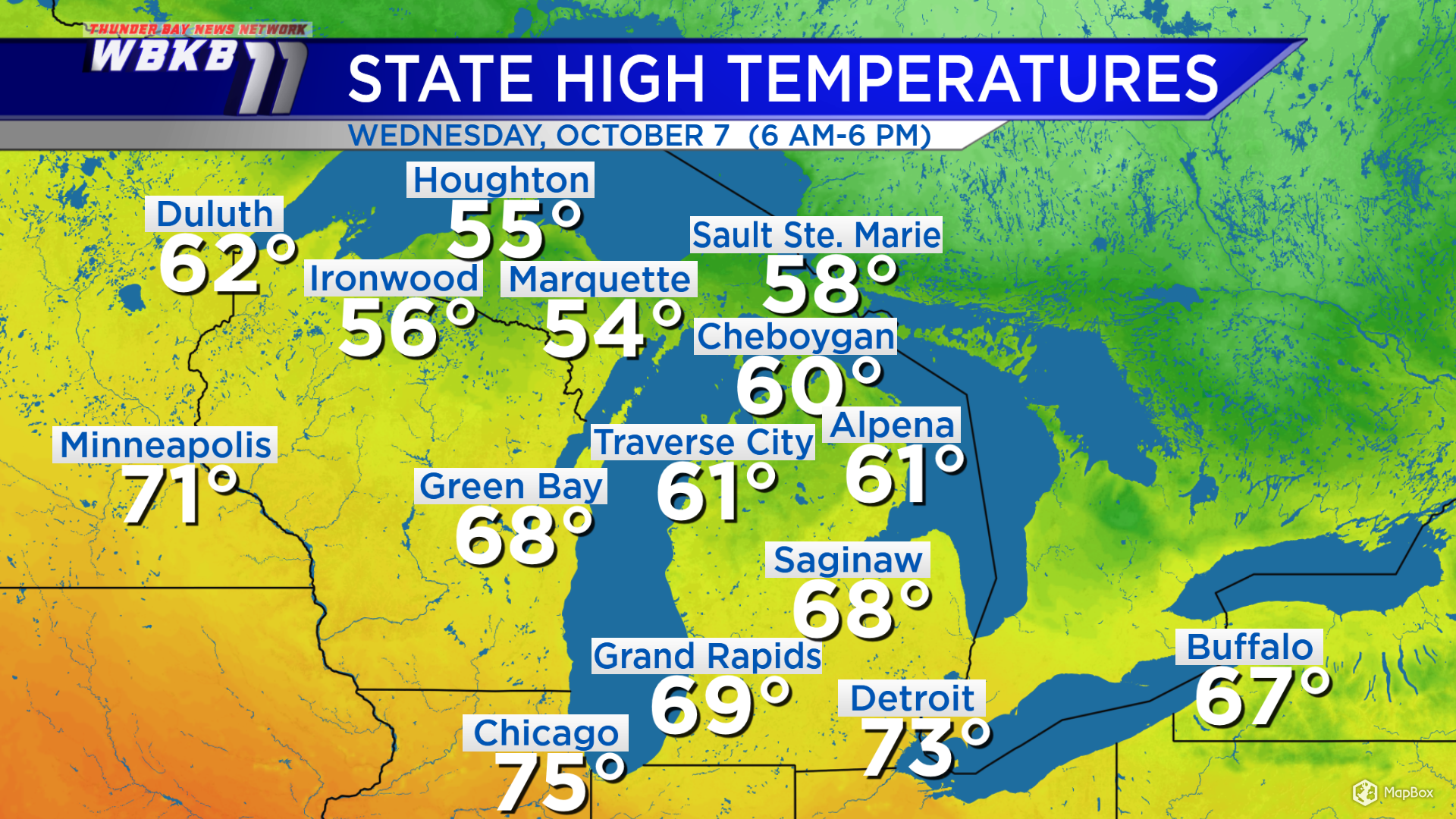 Winds Thursday will be coming from the northwest at 10-15 mph in the afternoon, that wind direction will help maintain the cooler temperatures. Winds will become stronger Friday and change direction out of the south-southwest, bringing warmer temperatures. Wind speeds Friday will increase, reaching 15-20 mph. 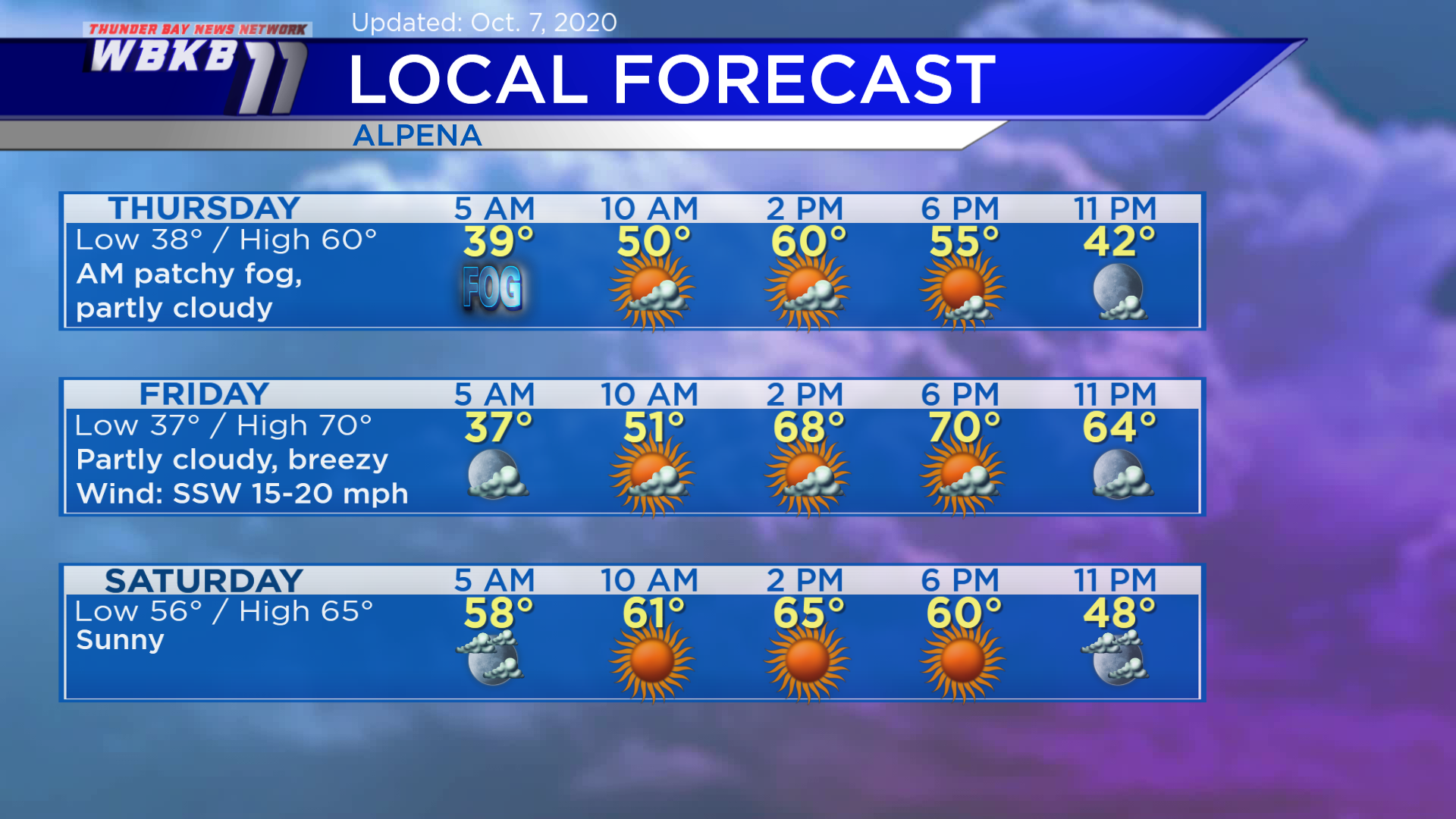 Hurricane Delta moved over the Yucatan Peninsula (southeastern Mexico) earlier today. The hurricane weakened as it moved over Mexican landmass, which is typical due to increased friction. Delta is now moving into open water of the central Gulf of Mexico, the warm water temperatures will help the hurricane to strengthen again. Delta is expected to reach category 3 hurricane strength late Thursday or early Friday. Landfall is expected somewhere between the Texas-Louisiana border and eastern Louisiana Friday afternoon-evening. At landfall, Delta is forecast to be a category 2 hurricane. 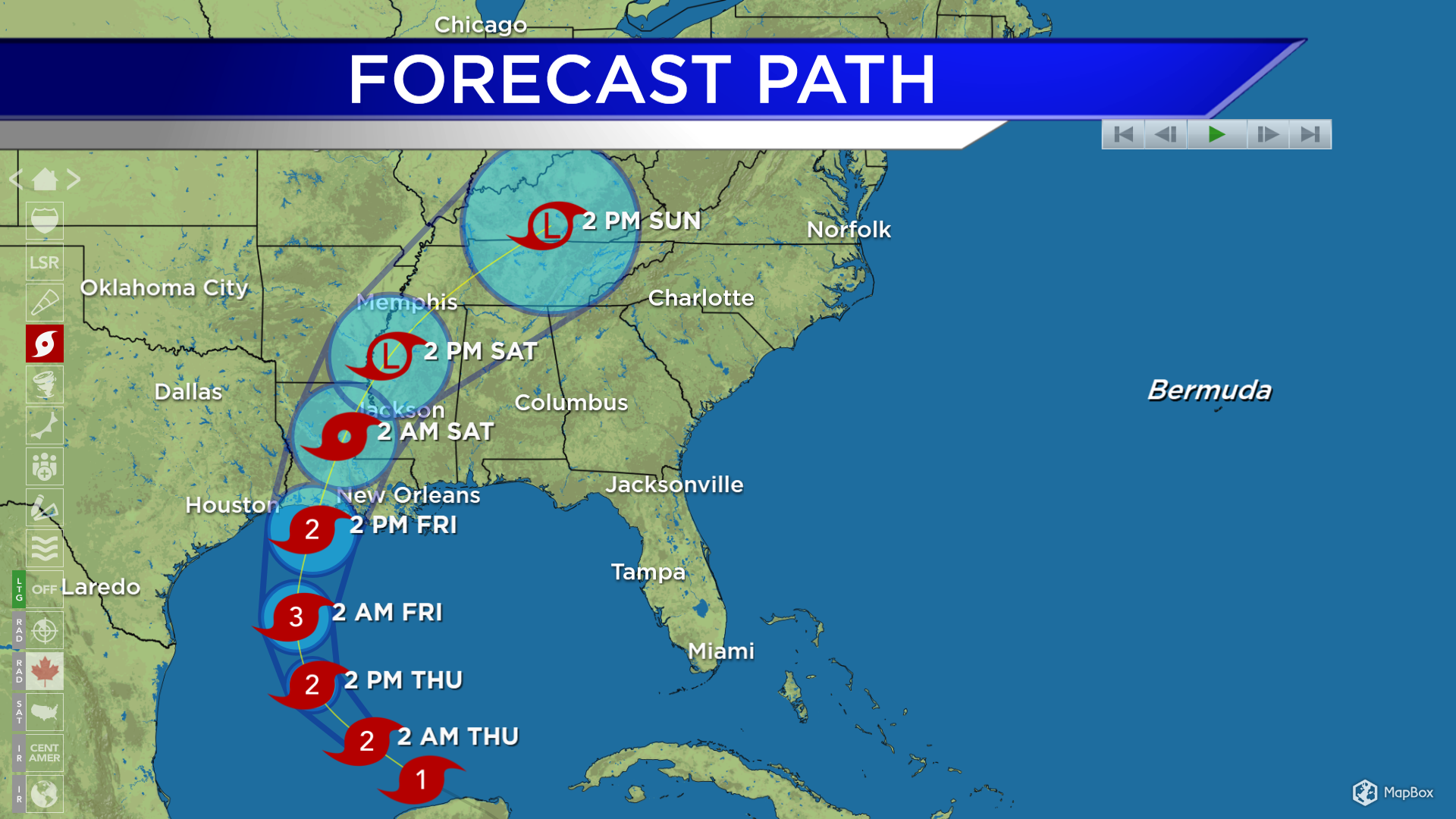 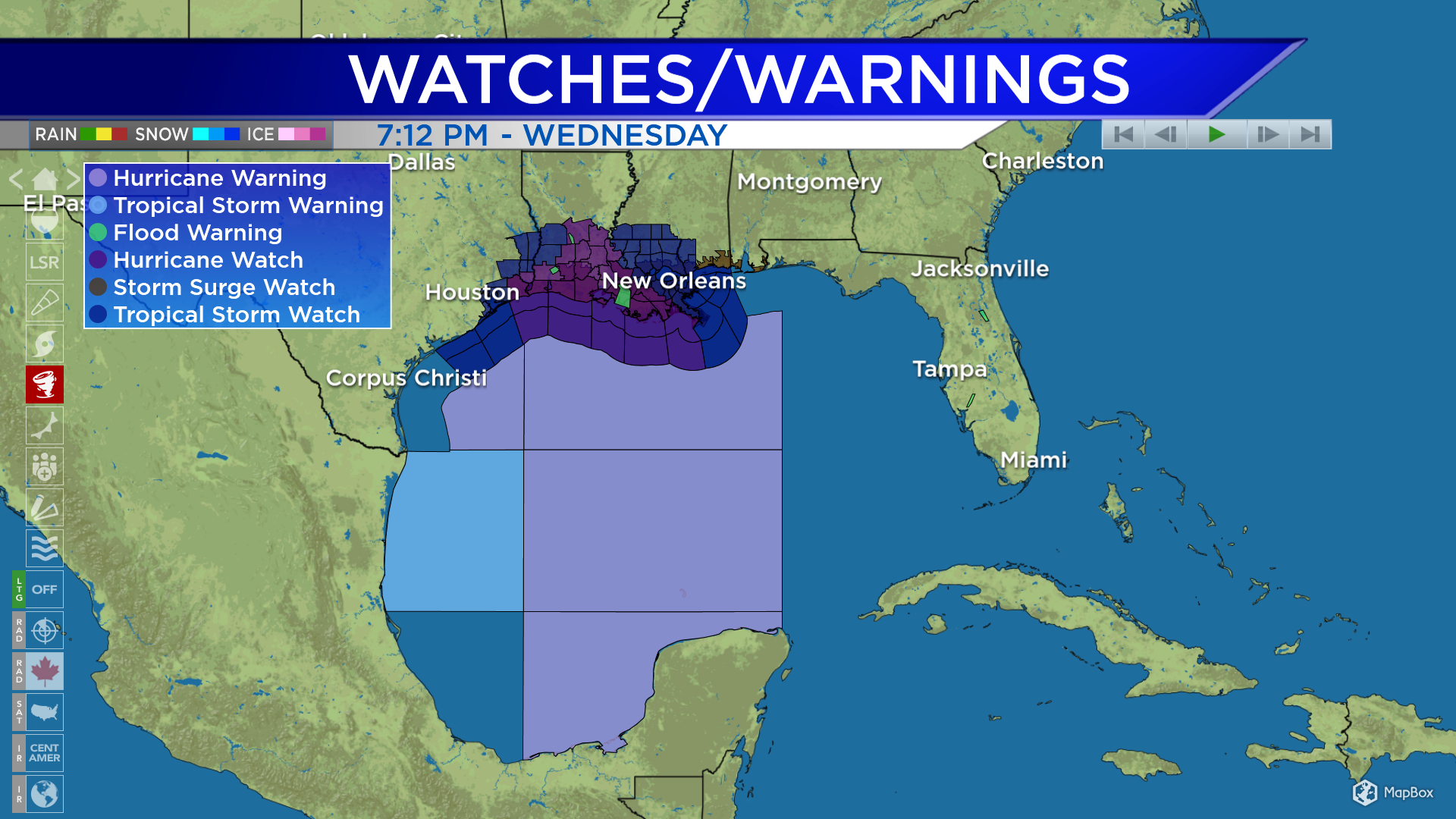