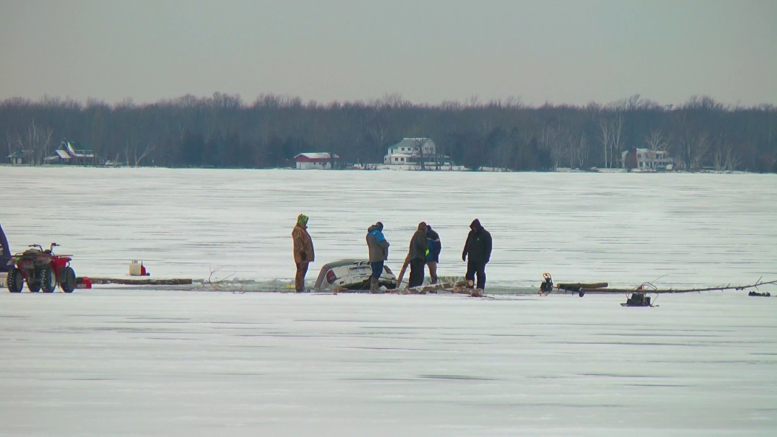 Alpena, Mich.-Two men are lucky to be alive after wanting to ice fish a bit too early in the season. 30–Year–Old Aaron Birmingham took a risk in warm temperatures, along with his friends daring to go fishing on Long Lake only to return without the car they drove onto the icy waters.

Birmingham said he’s been ice fishing since he was 5-years-old but didn’t expect to have this type of turnout. “We’ve driven on the ice 100’s of times. This is the first time it’s ever happened to us,” he admitted.

Birmingham said using past training is what saved him and his friend’s life. Birmingham and his passenger suffered no injuries.

The 30–year–old said this weekend’s accident won’t stop him from going ice fishing but may have him think twice about taking a car out on the lake.