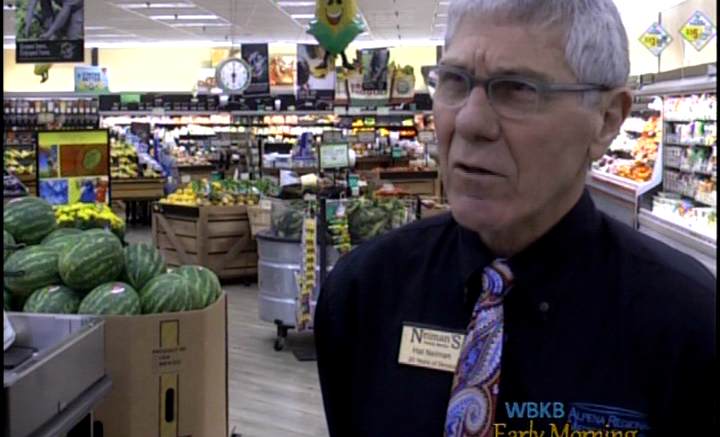 One local supermarket owner is retiring. After serving the Alpena Community and 3 other Northeast Michigan communities for over 34 years, Hal Neiman is finally throwing in the towel.

You may have seen him waking up at the crack of dawn, greeting customers, maintaining four supermarkets, and hosting daily morning meetings.

Hal Neiman is the man I’m talking about. Serving the Alpena area along with 3 other stores throughout Northeast Michigan, Neiman has finally decided to hang it all up and retire.

Working for Neiman for over 10 years, Store Director, Therese Cooper said she has some big shoes to fill, but when it comes to her boss there’s too many positive things she can say.

Speaking of full of energy, Mr. Neiman was a former teacher before starting his supermarket businesses. Neiman said it was his father in law who encouraged him to start his own business, and with that, Neiman’s Family Market was founded in 1983.

Neiman hopes his kids, and generations to come will keep the family business alive in the Alpena Community as well as the other communities. Hal said he plans to stick around but also enjoy spending time with his grand kids. Having 12 grand kids, he even jokes about having 12 stores in the future, but not before getting his last bit of group hugs this week.