Winds out of the northwest are providing cold temperatures, and also kept lake effect snow in our area this morning, although mostly sunny skies broke out in the late afternoon. High temperatures today reached the upper teens to lower 20s, and will plummet overnight to around 0 degrees especially for interior locations away from the shoreline. 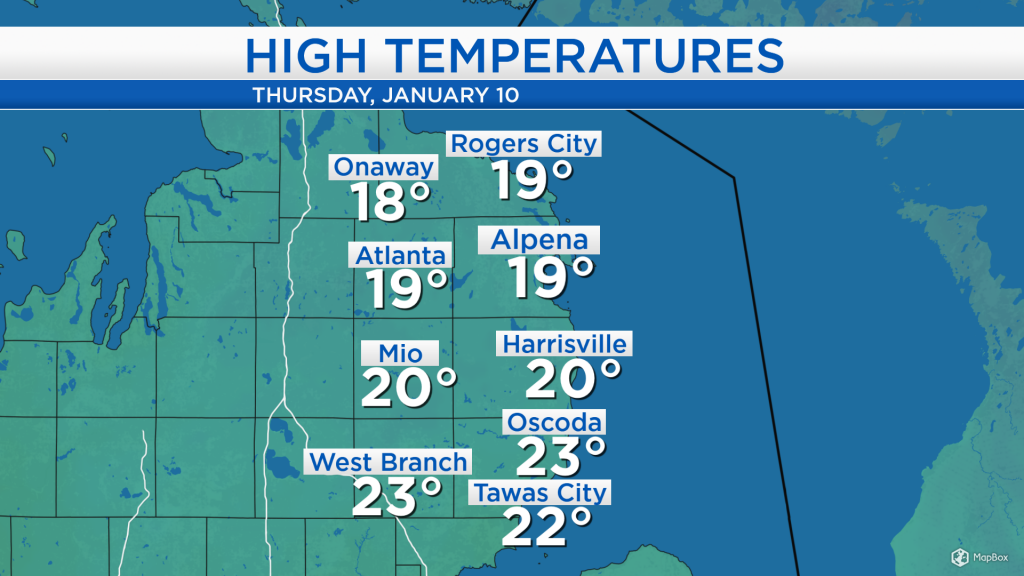 Lake effect snow continued throughout the afternoon for areas close to and west of I-75, from Gaylord to Traverse City. An area of high pressure over Illinois is steering in winds out of the northwest, and will bring calmer weather as it drifts toward the east, over Indiana and Ohio. The lake effect snow is winding down, and clouds will partially clear overnight. Tomorrow, we will see dry weather with mostly cloudy skies.

Overnight lows will drop to about 4 degrees in Alpena, slightly warmer at the immediate shoreline, and slightly colder to the west. Skies are partly cloudy this evening, then becoming mostly cloudy by the morning. Morning temperatures will hover around 8 degrees with wind chills near 0, and highs will reach about 20 degrees in the afternoon. 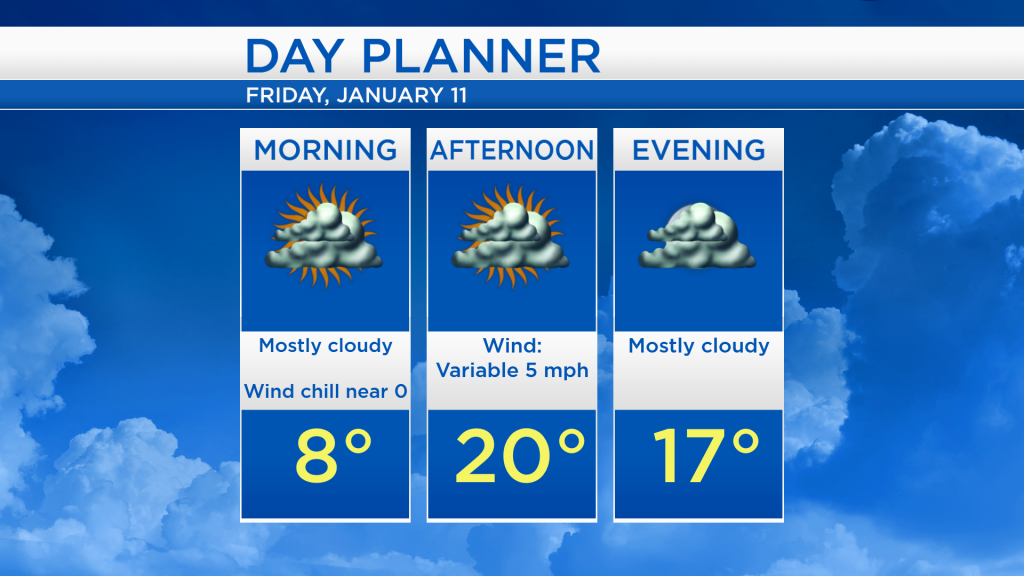 This weekend, a low pressure system will pass well to our south, centered over Arkansas midday Saturday, bringing rain from Oklahoma to Tennessee and a swath of snow from Kansas to Ohio. However, this storm system will circulate winds out of the east into our area — that will bring the chance of lake effect snow off of Lake Huron from Rogers City to Tawas City on Saturday, although any accumulation shouldn’t amount to much. 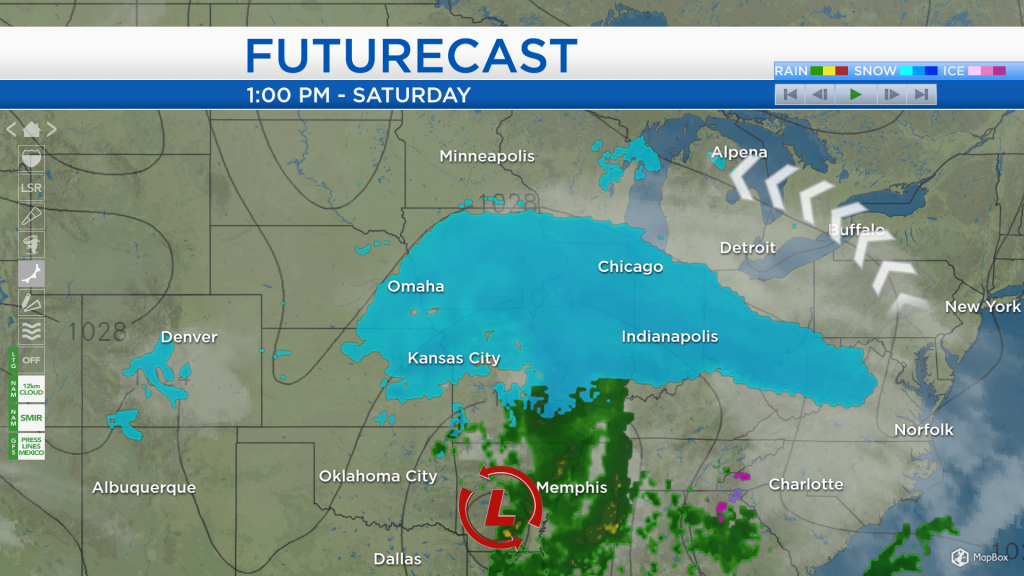 After frigid temperatures overnight with lows dropping to the single digits, highs tomorrow will reach 20 degrees in Alpena under mostly cloudy skies and light winds. Lake effect snow showers off of Lake Huron are possible on Saturday, as highs reach about 25 degrees. A little more sunshine is forecast for Sunday with highs in the mid-20s. High temperatures will warm by a few degrees Monday and Tuesday. For the rest of Northeast Michigan’s weather forecast, watch the latest weather video by clicking the weather tab at the top of the page. 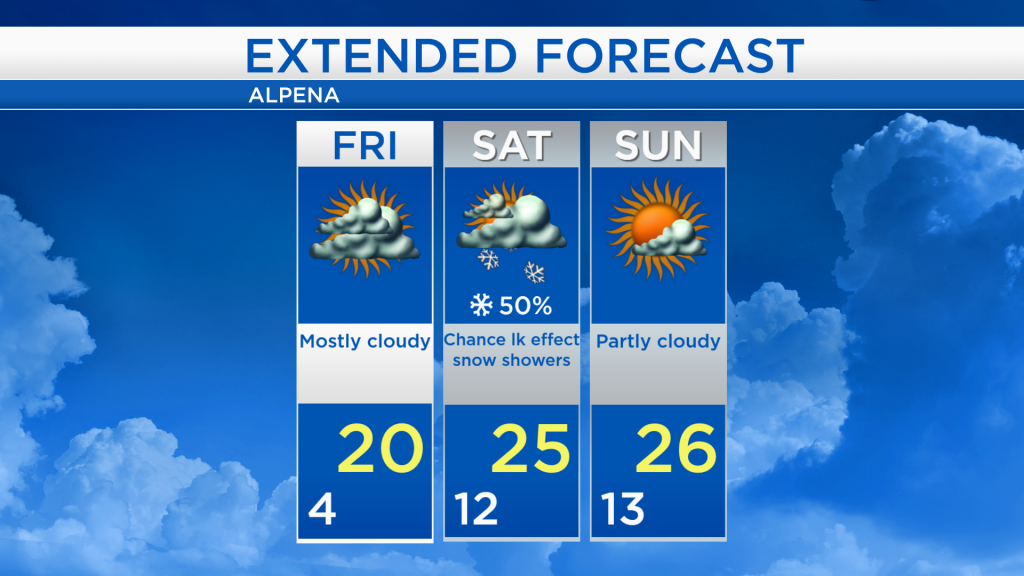