A weak cold front is generating some snow showers from the U.P. through Wisconsin and into Illinois. Temperatures will stay warm enough that a few rain showers will be possible early Friday. Those will move to the east pretty quickly, then we should see some partial clearing late Friday.

Highs today got up to 53 degrees in Alpena. Behind the cold front, temperatures were much colder in Duluth, Minn. where the high reached only 25 degrees. That colder air is heading in our direction, Friday will feel quite chilly. Temperatures around Northeast Michigan will drop to the middle 20s early Saturday. 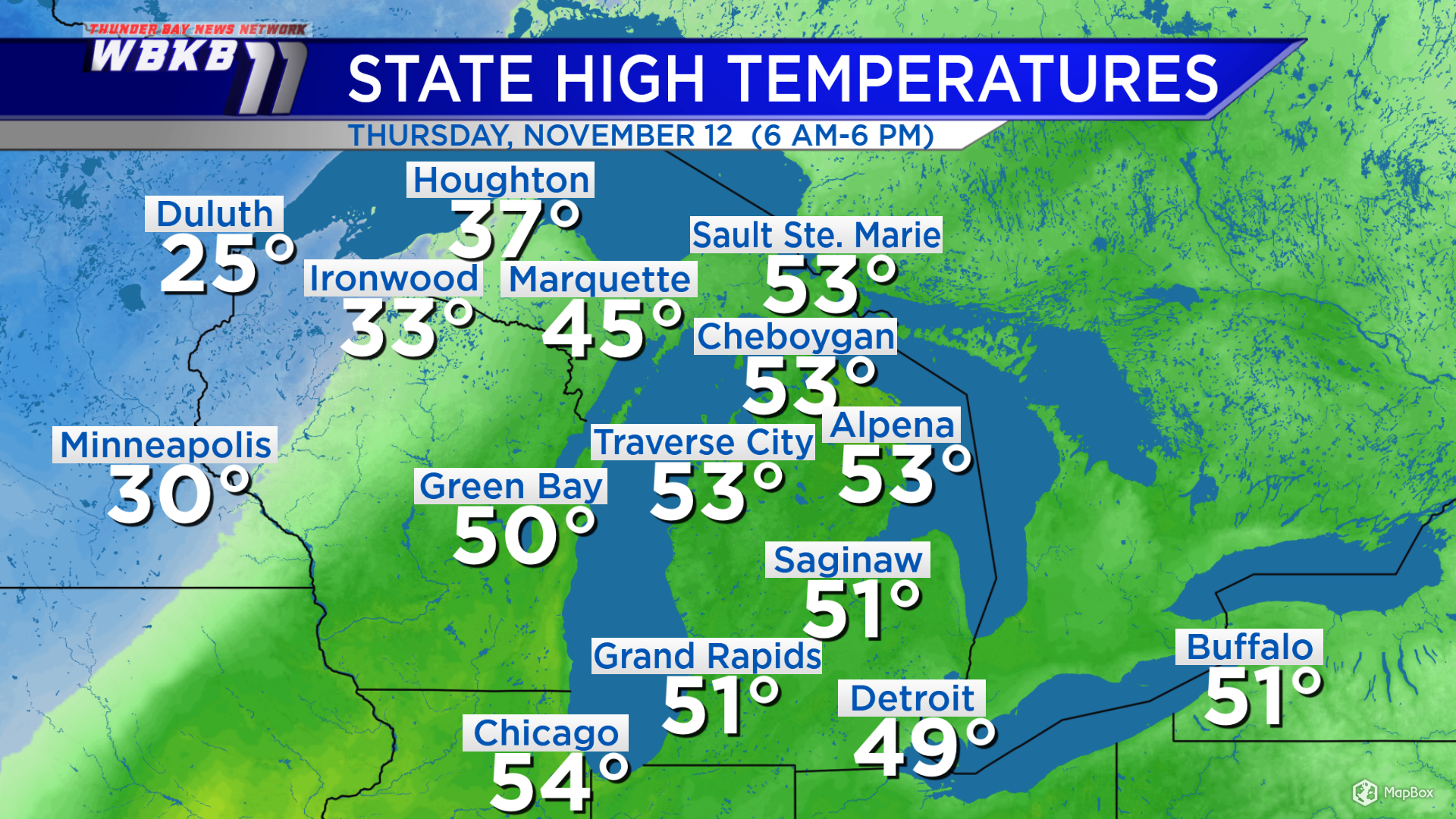 After that, moisture moving north from Texas and a storm system traveling through the northwestern and Upper Plains states will combine, bringing rain Saturday night and Sunday.

A stiff breeze will develop Saturday, out of the south at 15-20 mph. Winds will become more blustery Sunday at 20-30 mph. Once winds become out of the west Sunday afternoon/evening, a renewed colder air mass will bring dropping temperatures. 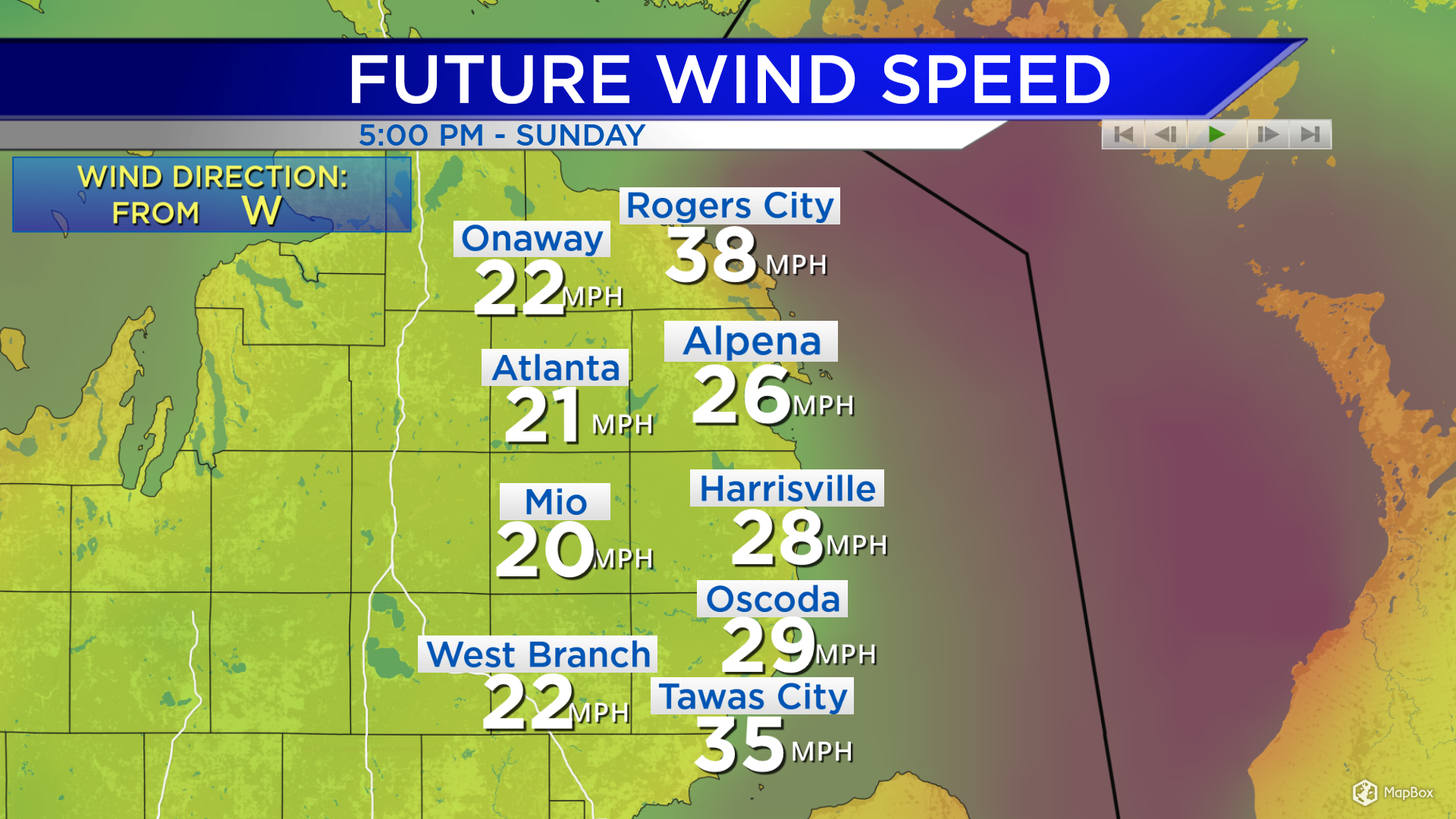 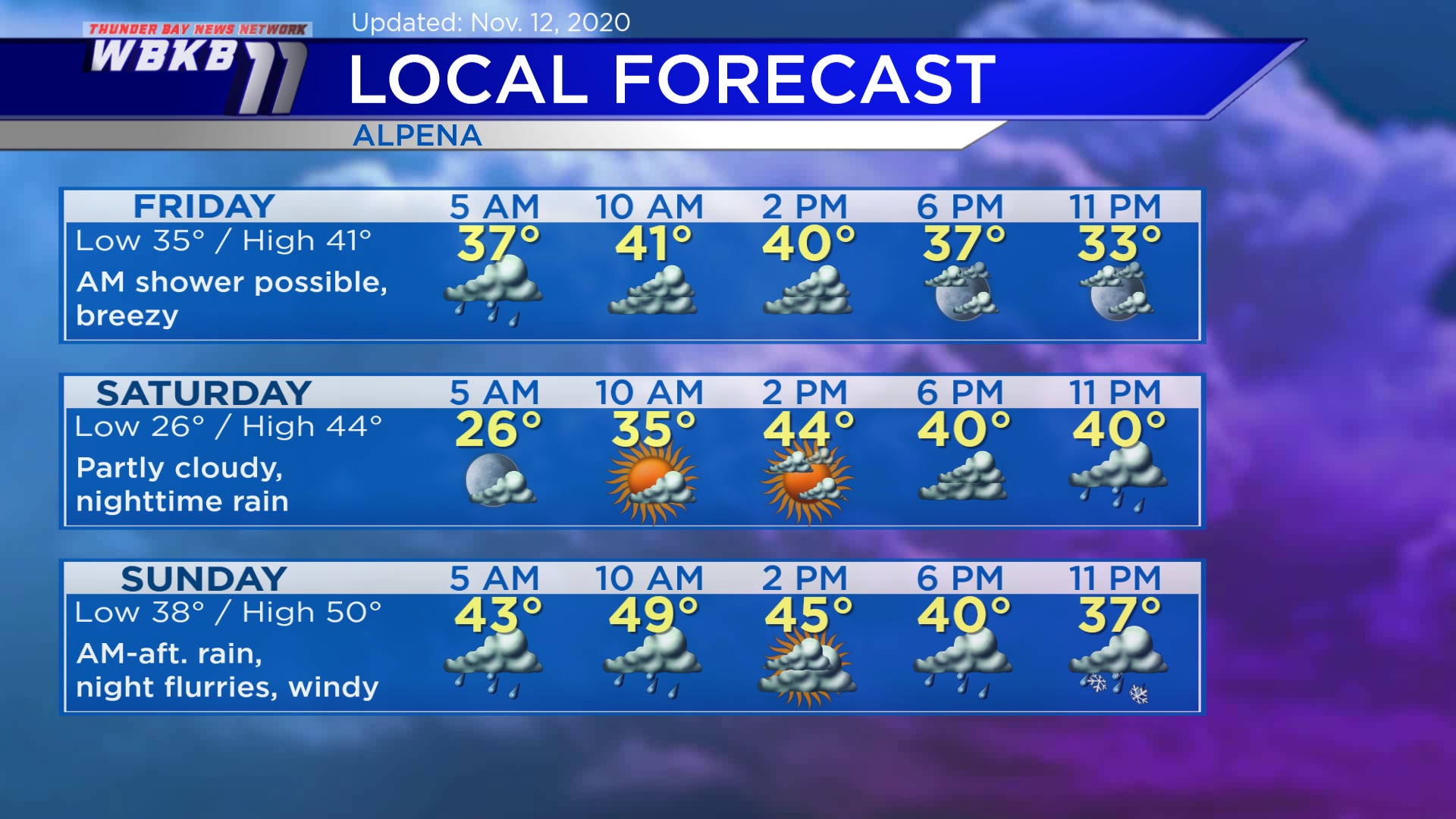