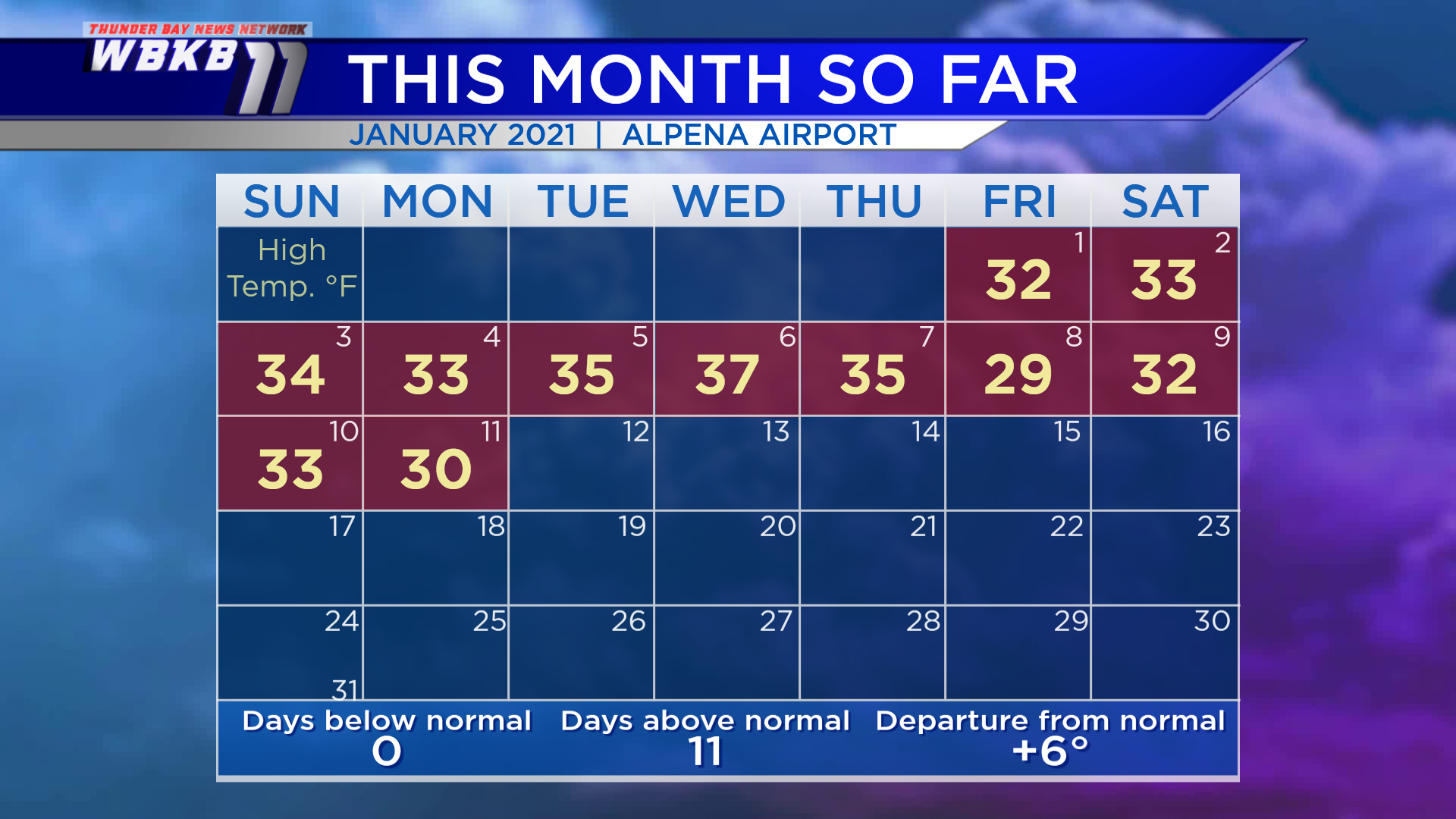 Our weather remains quiet as is the case across much of the Midwest. A storm system in the southeast has been giving snow to parts of Tennessee and Virginia. Our next system will first arrive in the Pacific Northwest. They’re already getting some moisture in areas of Washington and Oregon, just on the very forward edge of a storm system still located in the Pacific, yet to come fully ashore. Pacific moisture will track across the northern part of the country and become our next weather-maker on Thursday here in Northern Michigan. 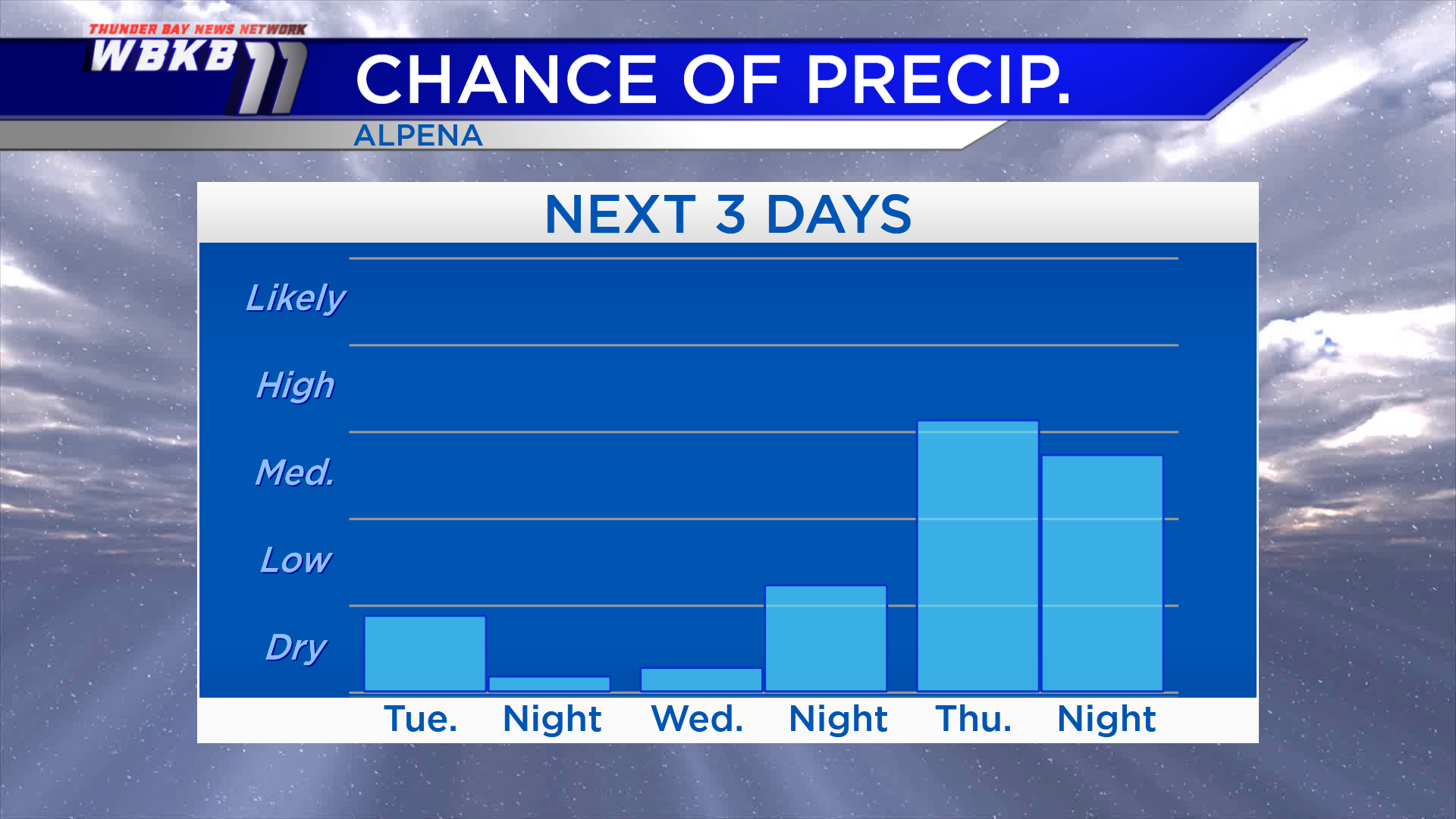 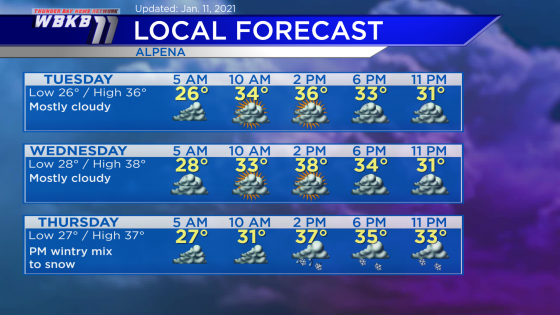