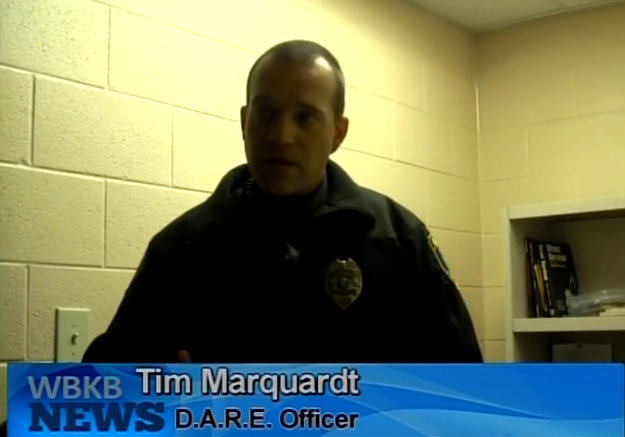 Halloween is right around the corner, and the city of Alpena Police Department wants kids and their parents to be safe.

There will be a lot of trick or treaters out next Monday, and open candy will be an important item to be aware of.

D.A.R.E. officer, Tim Marquardt said trick or treaters should take precautions when going out this Halloween, and parents should check their child’s candy when they get home.

“As for as the candy, moms and dads should always check the kids candy when they come home. The candy that’s sometime unwrapped, not necessarily because somebody’s doing something bad or because it was in the package and it was unwrapped, just discard that. They are probably going to have enough pieces of candy that they’re not going to miss one single piece. But if there’s anything suspicious they can always bring that to us and we can refer it to some other agency too if we find through our investigation that it is a legitimate issue,” Marquardt said.

As a reminder, Halloween trick or treat hours will be from 5:30 until 7:30 pm. Officer Marquardt also said everyone should be careful when it comes to the heavy traffic flow on Monday.

The Alpena Police Department and PNC Bank will be giving out glow sticks Monday before trick or treating begins.

Annual Alpena Pumpkin and Lights Display Gearing Up for Halloween