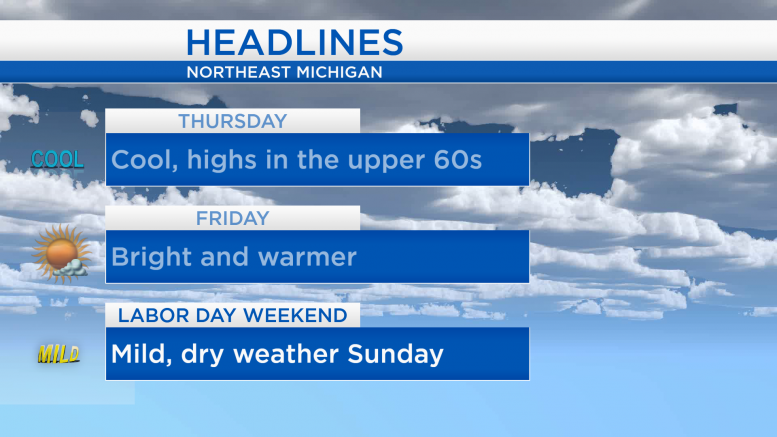 As a result of severe thunderstorms last night, The National Weather Service has confirmed a tornado near West Branch. The tornado occurred from 8:53 until 8:55 p.m. Tuesday, August 28. Two homes were damaged by violent winds estimated to have reached 100 mph, so the tornado was rated an EF-1 which is the second lowest ranking on the Enhanced Fujita (EF) scale used for tornado damage. 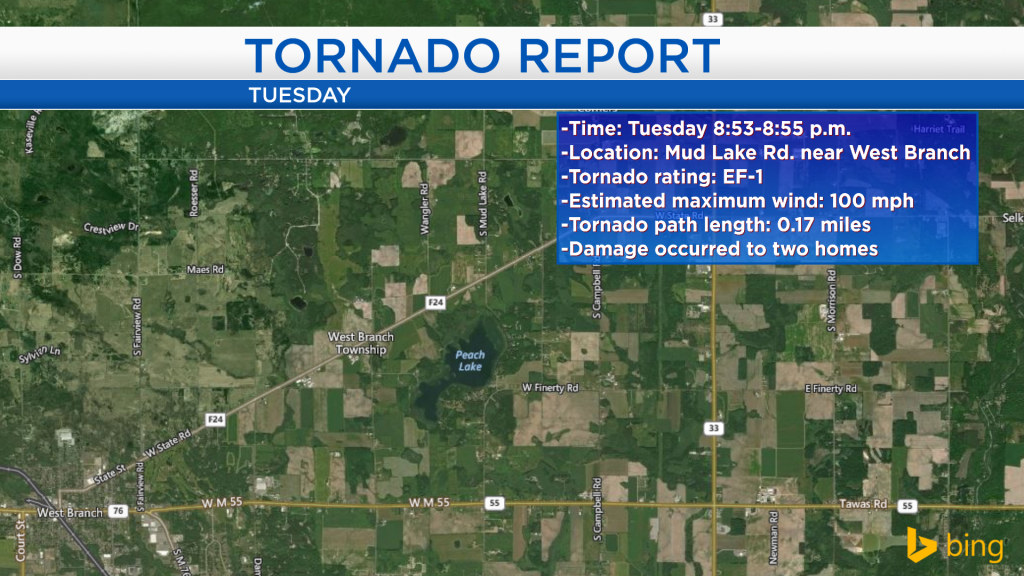 After the severe storms that moved through last night, winds out of the northwest are bringing much cooler temperatures into our area. High temperatures today reached 73 degrees in Alpena, 75 degrees in Oscoda, and only 67 degrees in Atlanta. 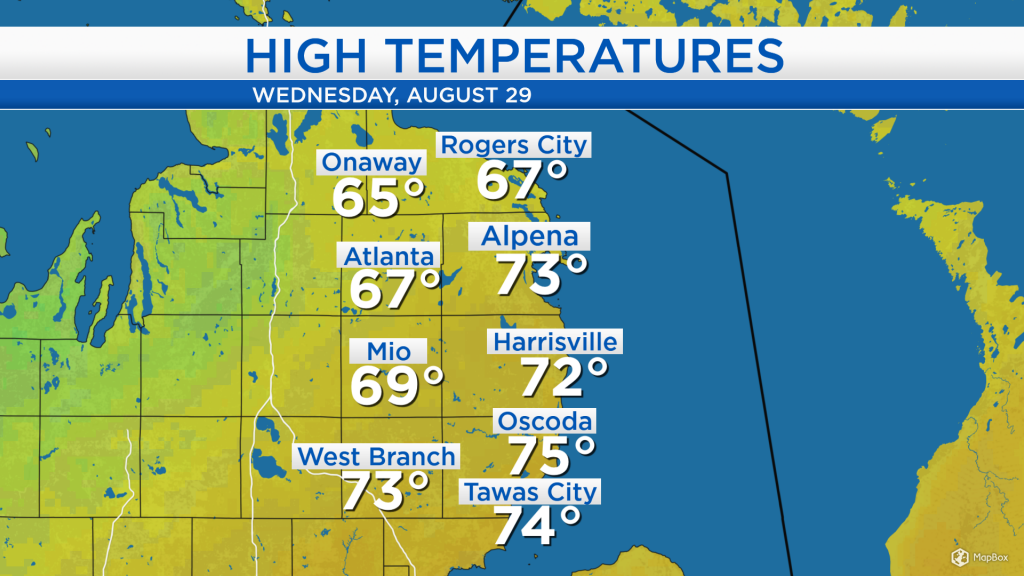 Tomorrow will start with cool temperatures in the lower to middle 50s during the morning. Dry weather will last all day with partly cloudy skies and a high of 68 degrees in the afternoon. Afternoon temperatures will be limited by winds off of Lake Huron, out of the east approximately 10 mph. 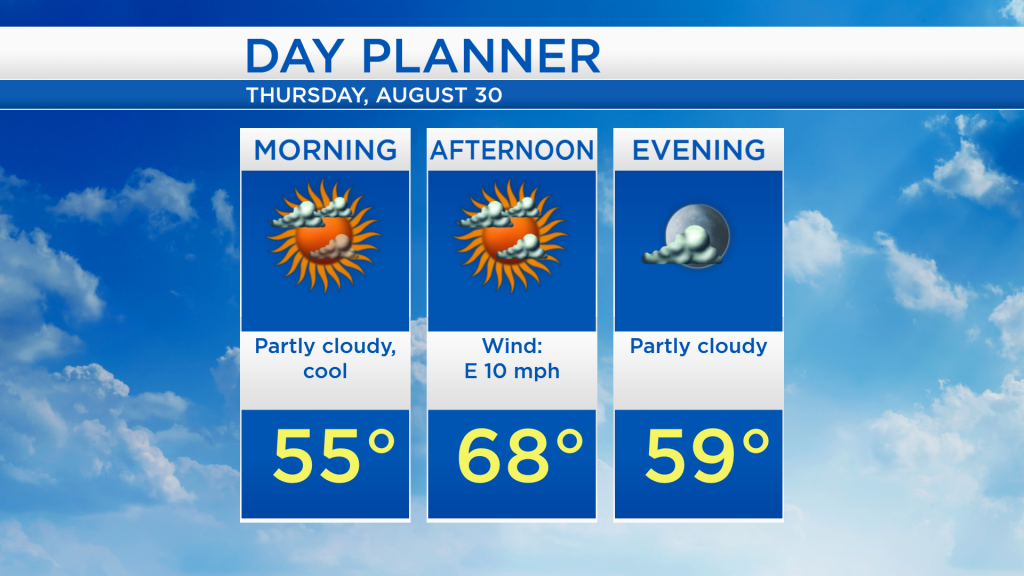 After the cool temperatures tomorrow, daytime highs will begin to warm going into Labor Day weekend. Mostly sunny skies will shine on Friday with a high temperature reaching 77 degrees. To start the Labor Day weekend, a chance of showers and thunderstorms will move through Northeast Michigan Saturday morning and afternoon. For any outdoor plans over the long weekend, dry weather will last all day Sunday and highs will warm to the lower 80s. For the rest of Northeast Michigan’s weather forecast, watch the latest weather video by clicking the weather tab at the top of the page. 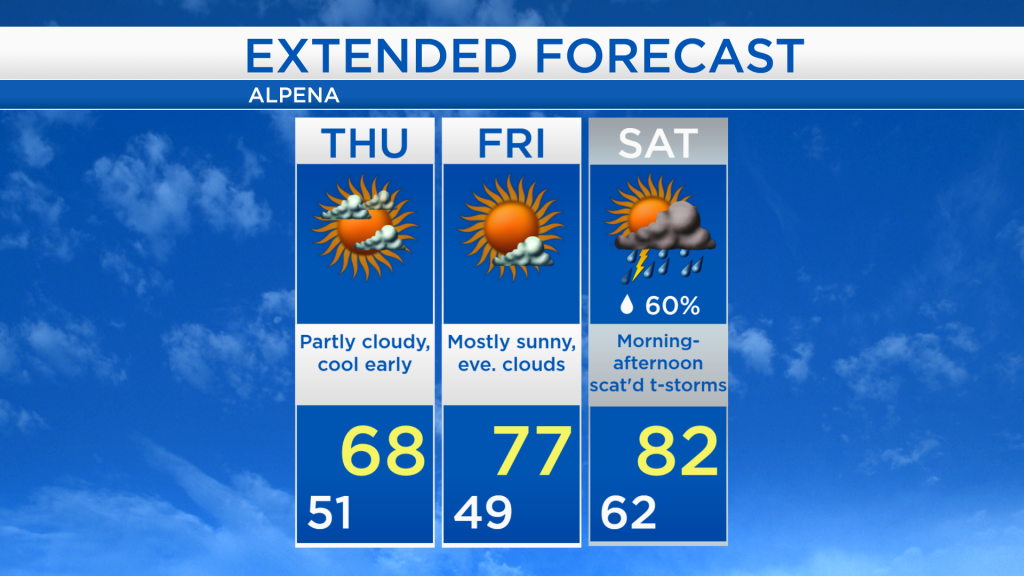