A weak disturbance is generating showers moving through the Upper Peninsula tonight. Northern (Lower) Michigan will receive increased cloud cover but rain chances should stay near the Tip of the Mitt and farther north into the U.P. A cold front out of central Canada will move in late Tuesday bringing a better chance of showers.

The chance of showers will be greatest Tuesday night to Wednesday morning. Late Wednesday, dry conditions will return to the area. Cloud cover will gradually clear late Wednesday to early Thursday. Mostly sunny skies are in store Thursday.

Hurricane Delta has formed in the southern Gulf of Mexico. It is forecast to move toward the northwest and strengthen near the Yucatan Peninsula of Mexico on Wednesday, becoming a category 3 hurricane. The current forecast (subject to modifications) is calling for landfall between the Texas-Louisiana border and the Florida panhandle late Friday, likely as a category 2 hurricane. 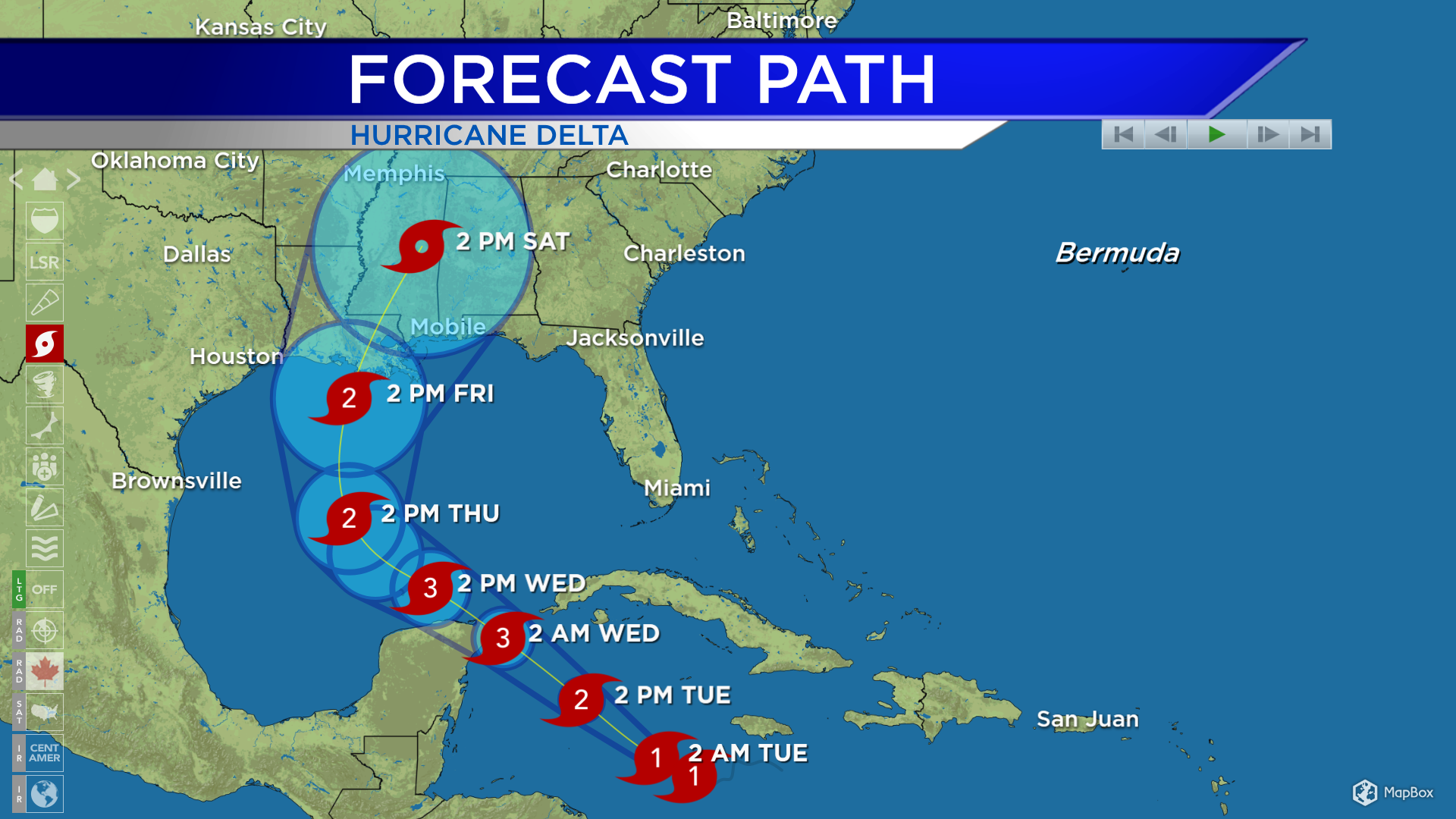 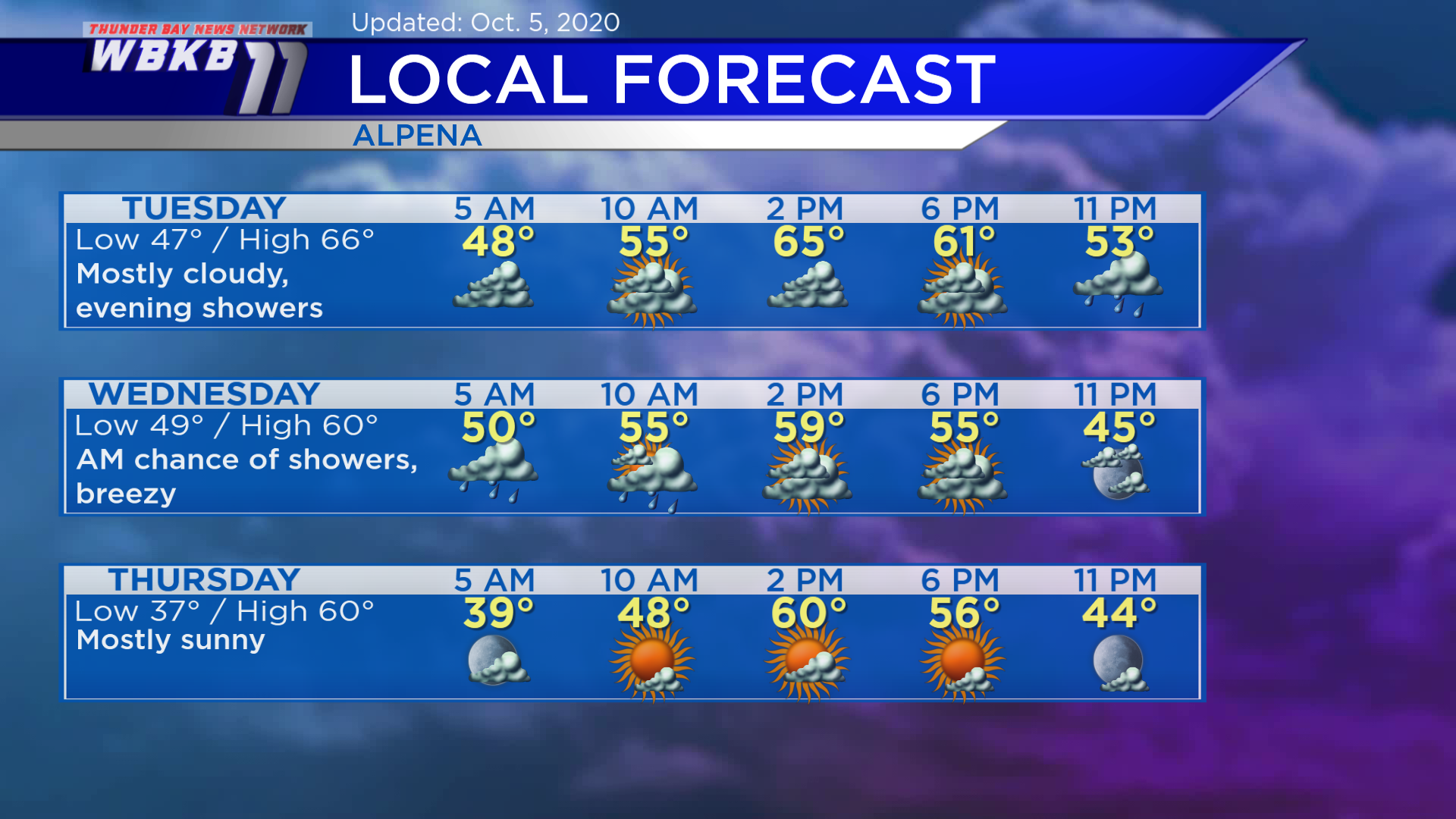