Temperatures over the past 11 days have reached values well below “normal.” Normal high temperatures for early and mid-February is in the upper 20s. Normal refers to the long-term average, used a baseline for comparing observed values.

The month started with above-normal temperatures, peaking at 42 degrees February 4. Then the arctic blast began the weekend of February 6 and 7. The coldest part of this arctic air mass hovered over Northern Michigan Monday, when highs reached only 13 degrees. 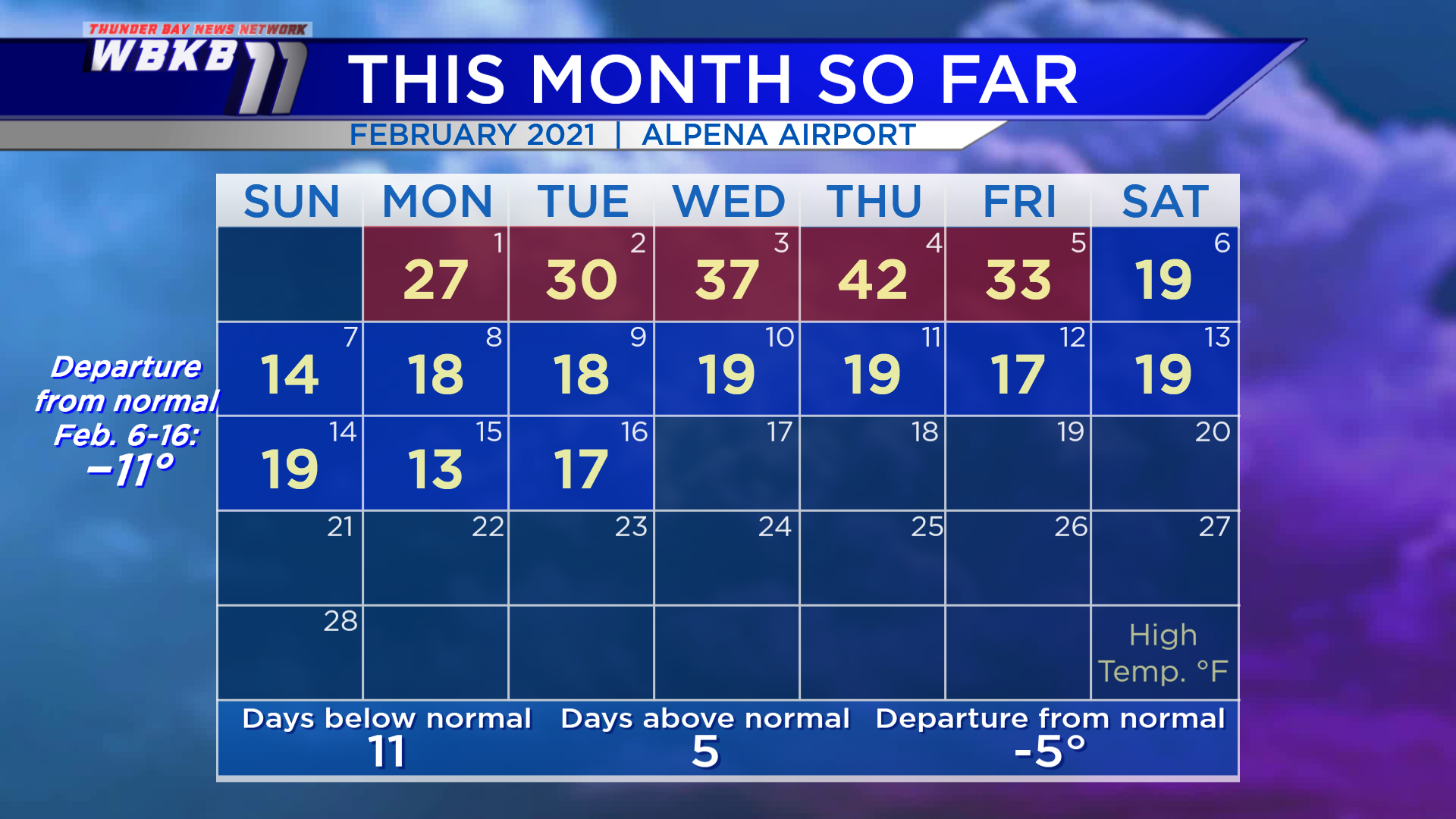 After some short-lived morning snow, we got to see some afternoon sunshine. High pressure centered over Minnesota is building into our area, bringing clearing skies. It has continued to provide winds from the north-northwest, keeping temperatures cold today. All of that changes Wednesday, winds are going to shift out of the southwest and temperatures will finally start getting warmer. Highs will reach the 20s Wednesday for the first time in 12 days.

Friday: A milder start to the morning and a chance of flurries. Predawn lows will be in the lower teens. Afternoon highs will be near 26 degrees. Evening temperatures will cool to around 20 degrees or the upper teens. 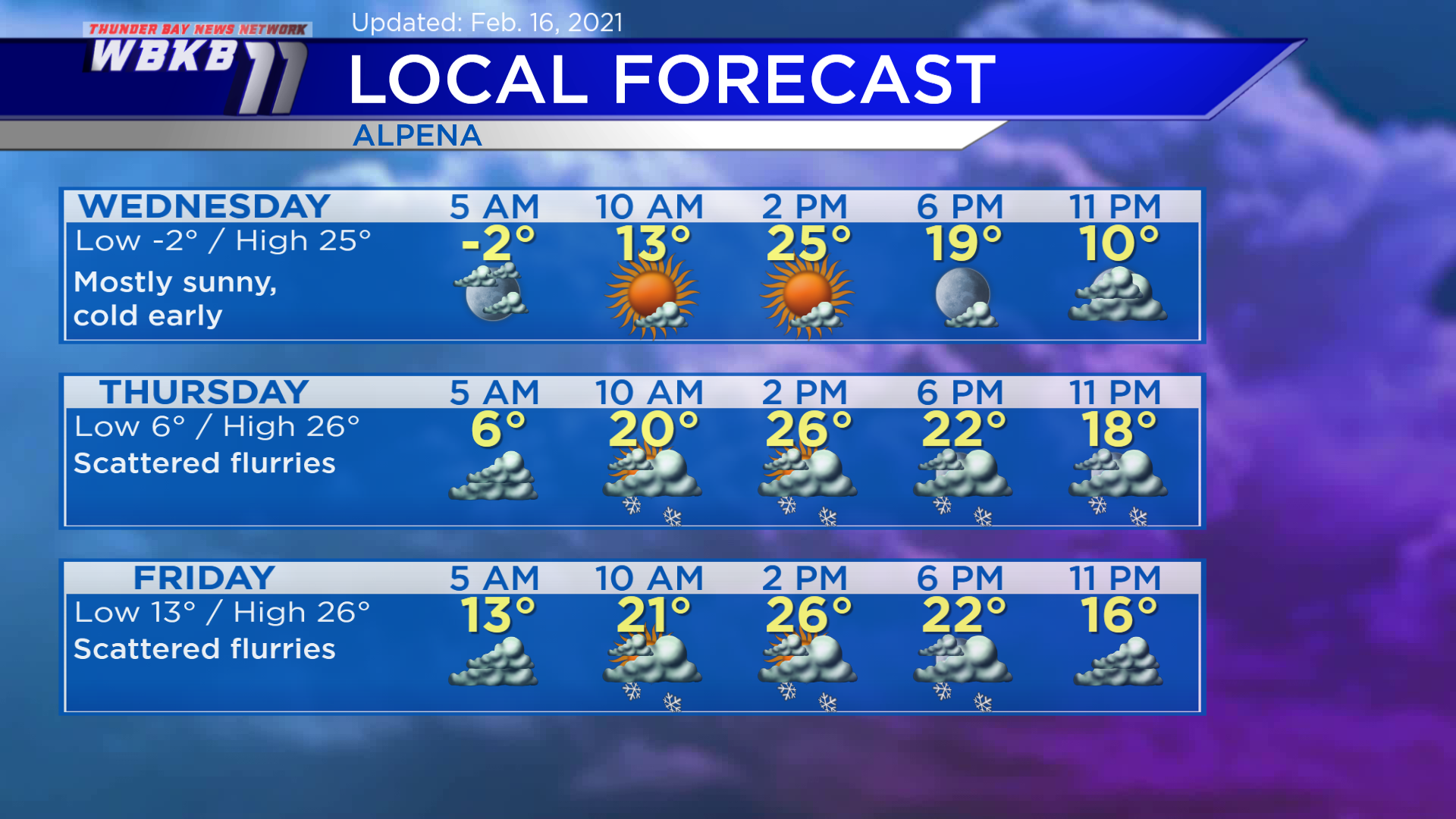