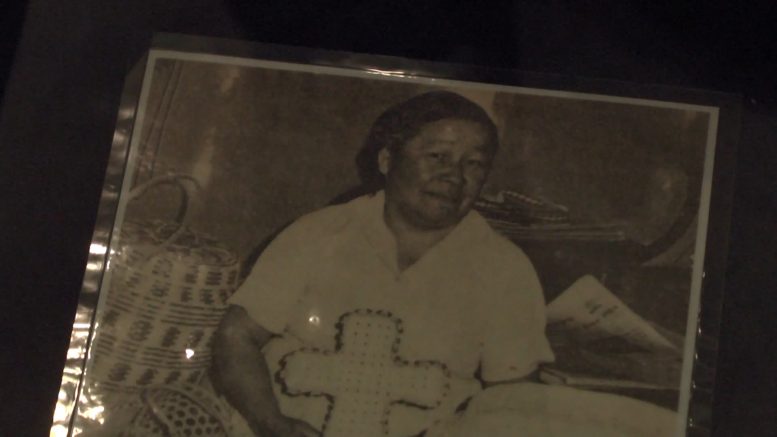 Today, WBKB looked at how the Besser Museum is working to preserve Native American history in Northeast Michigan.

In 1492, Christopher Columbus sailed across the ocean blue and came upon land already inhabited by indigenous people. What we understand as America’s discovery overshadows the people who were here first.

Northern tribal groups harvested fish along the banks of the Thunder Bay River at a time when Lake Huron’s elevation levels were much higher.

Over the centuries, indigenous culture, art and people were either pushed to the side or buried.

Besser Museum curator and anthropologist Richard Clute said, “there was certainly an effort to depreciate the impact of the native culture through the use of acculturation programs, specifically the schools of the early 20th century.”

For the past four years, the museum has focused on renovating their Native American exhibit: Peoples of Lakes and Forests.

Since the 1970s, Besser has housed a large collection of indigenous artifacts. Despite their efforts, executive director Chris Witulski said it isn’t enough.

“Local genealogists was contracted  to do research on the families and to kind of connect those [Native American] family trees.”

The museum wants to honor the native families who were here long before Christopher Columbus discovered their home.

“We want to overemphasize that the people are still here, and they’re still here in quite large numbers,” said Clute.

Witulski said Besser Musuem lives by this motto: we have a responsibility to be the story keepers of Northeast Michigan, which is inclusive of the European and Native histories.

If you have connections to native heritage and would like your story told connect with Chris Witulski at 989–356–2202.

For other story ideas email reporter Elijah Baker at elijah@wbkb11.com.