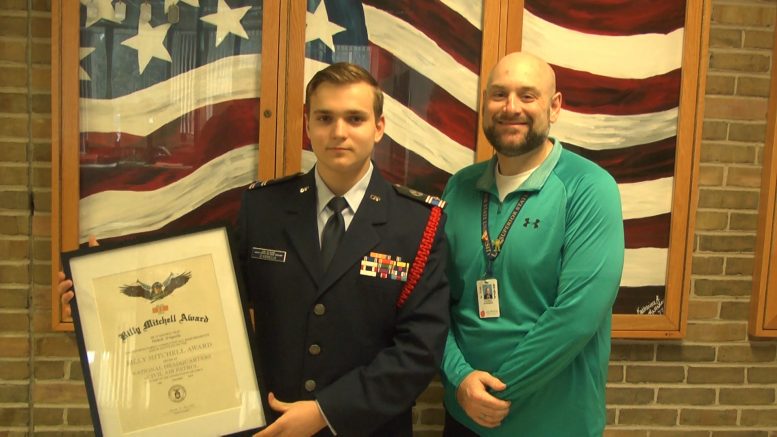 ALPENA, Mich. — The Civil Air Patrol’s Brigadier General Billy Mitchell Award signals the completion of phase two of their cadet program. Only 15 percent of cadets manage to achieve this award.

The recipient must show sustained excellence in the four areas of cadet life: leadership, aerospace, fitness, and character. Nickoli D’Agrella exudes these qualities. “To get this award, I’d say it’s more of an acknowledgement of the amount of effort that I’ve put into the program, to build up my squadron and to be able to exercise my different leadership abilities,” he said.

This award moves him up in the rankings to cadet officer and the grade of cadet 2nd Lt. He will also be charged with leading and serving junior ranking cadets.

D’Agrella says he went through his own struggles in order to reach this latest achievement, and he wants the cadets in his squadron to know that they can do it too. “I know a lot of them are struggling right now, so just as a thing for them, I would encourage them to never give up and keep that persistence up and they’ll probably even get to where I am, and even higher, to places where most cadets never even get to go. It’s definitely an overall honor to be able to achieve that.”

D’Agrella is one of six representatives chosen to travel to Washington D.C. to present and discuss a budget plan for the program. The 15-year-old senior has aspirations of joining the Air Force when he comes of age and will pursue aerospace engineering.