A winter storm that brought Texas snow and ice Sunday night is now heading through the Ohio Valley region. Its northern edge will brush Northern Michigan with light snow during the predawn and morning hours Tuesday. This should progress pretty quickly, becoming mostly clear Tuesday night. 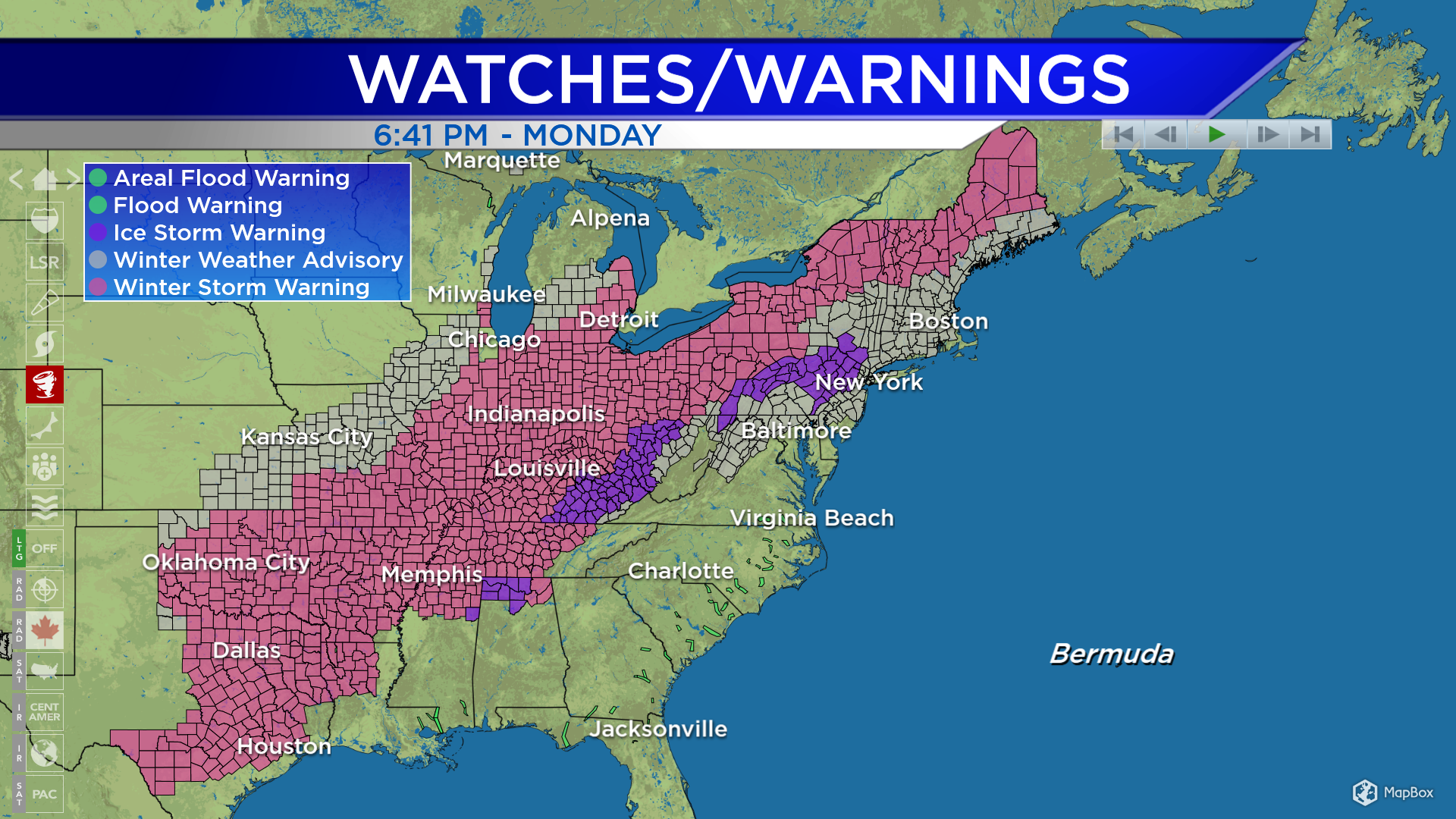 Snow amounts Tuesday predawn to midday will likely fall in the 0.5-2 inch range for most of Northeast Michigan — Alpena, Presque Isle, Montmorency and Oscoda counties. The exception will be most of Alcona County and Iosco County where snowfall could be a bit more, 2-4 inches. Especially for any plans south of Alpena, allow extra travel time in the morning due to potentially snow-covered roads and lowered visibility. 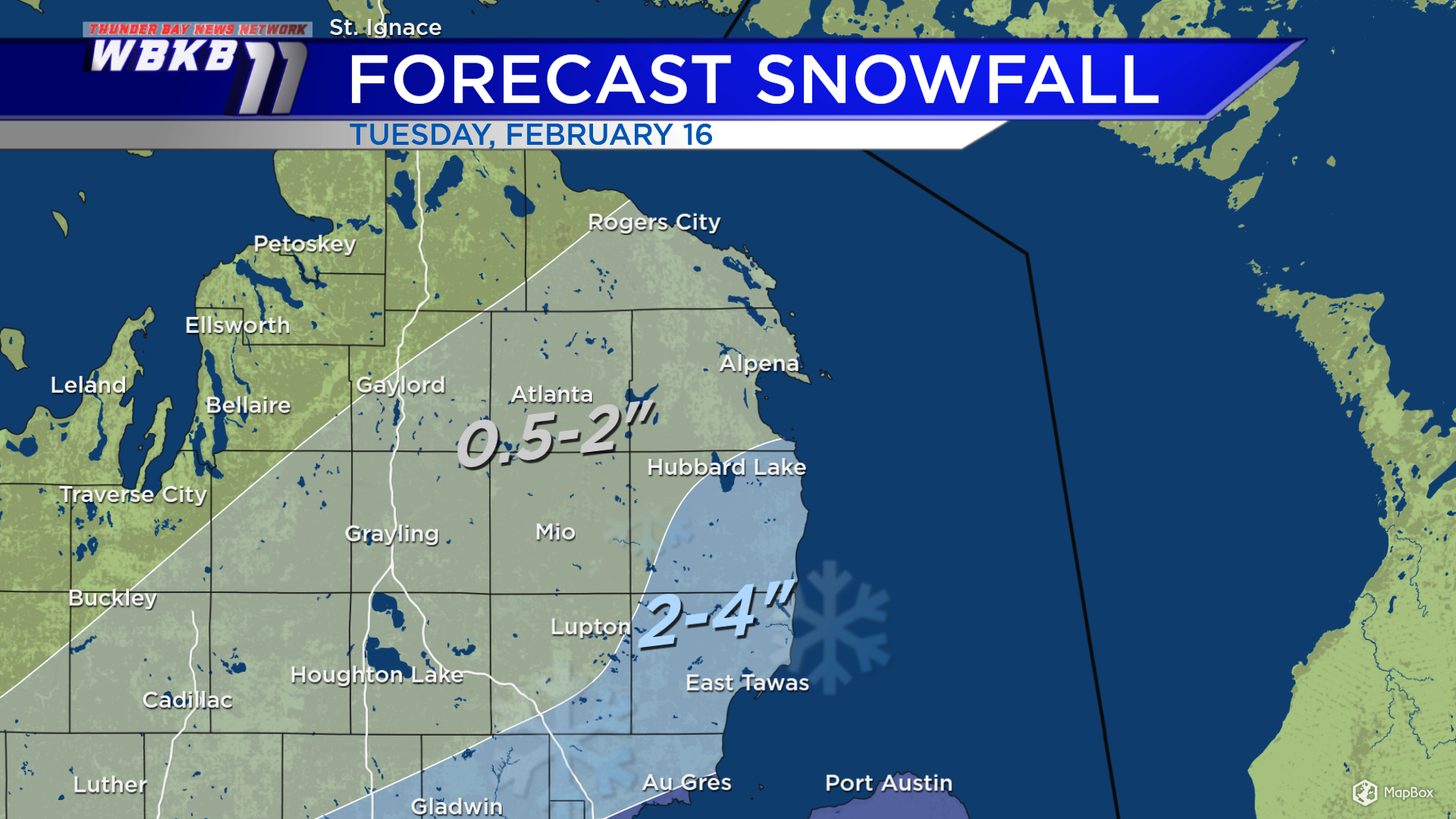 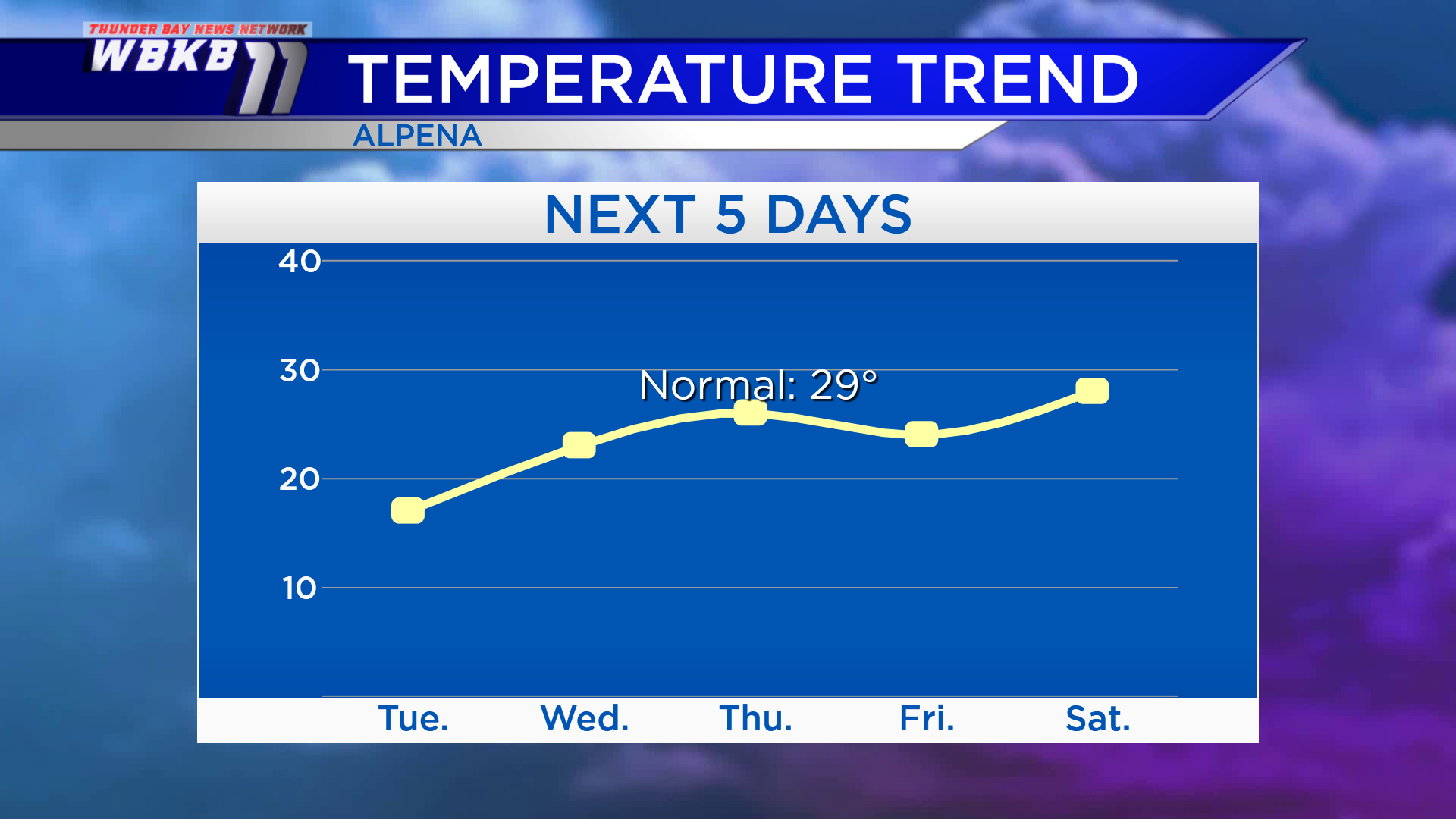 Tuesday: Snow early, then clearing. A cold start to the morning with predawn lows dropping to around 2 degrees. Afternoon highs will be near 17 degrees. Evening temperatures will go below 10 degrees.

Thursday: A few flurries possible in the morning-afternoon, then steadier snow expected late-day and evening. Early-morning lows will be close to 6 degrees. Temperatures will climb to the teens during the morning. Afternoon highs will get up to around 26 degrees. Evening temperatures will be in the lower 20s. 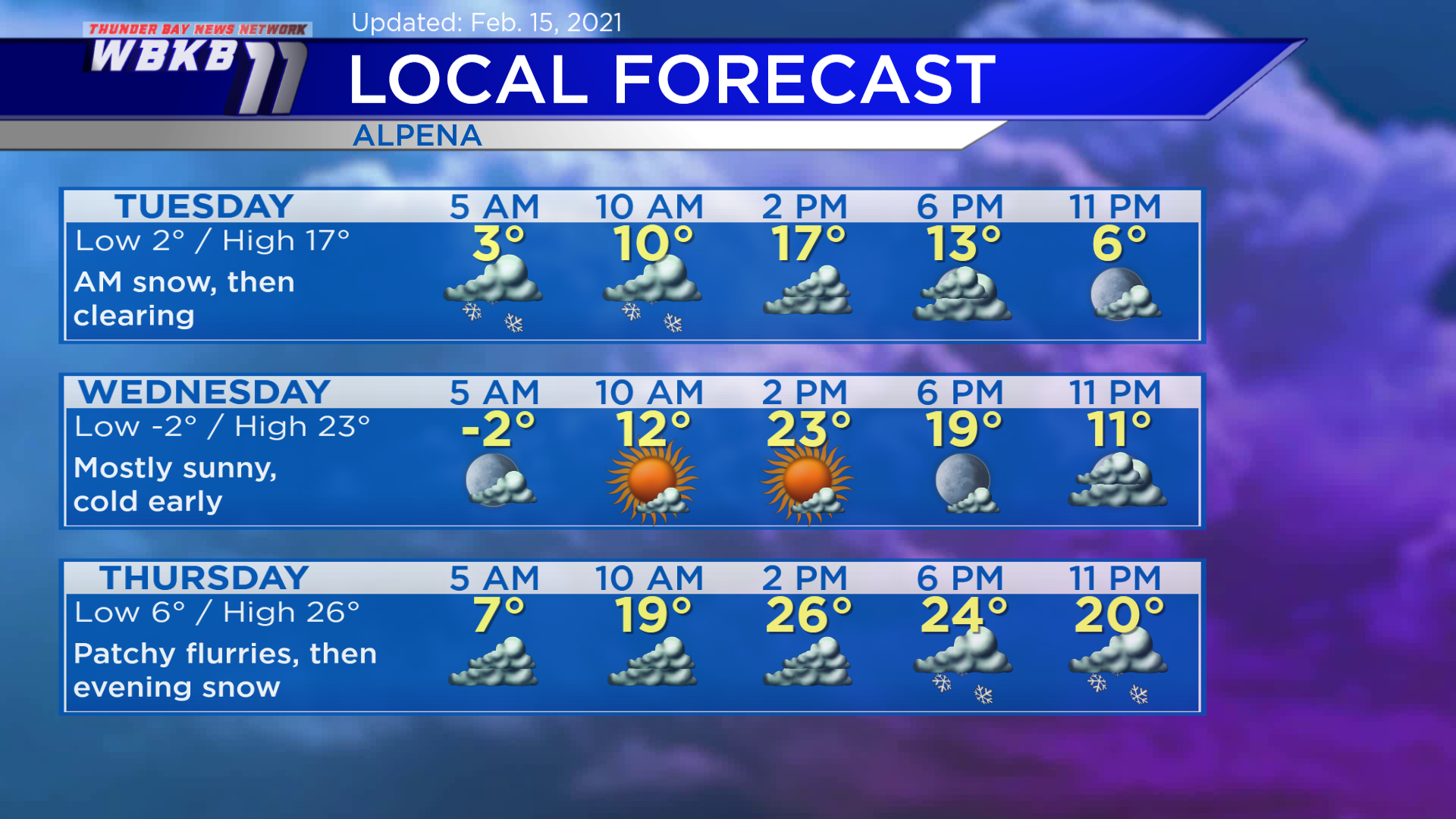